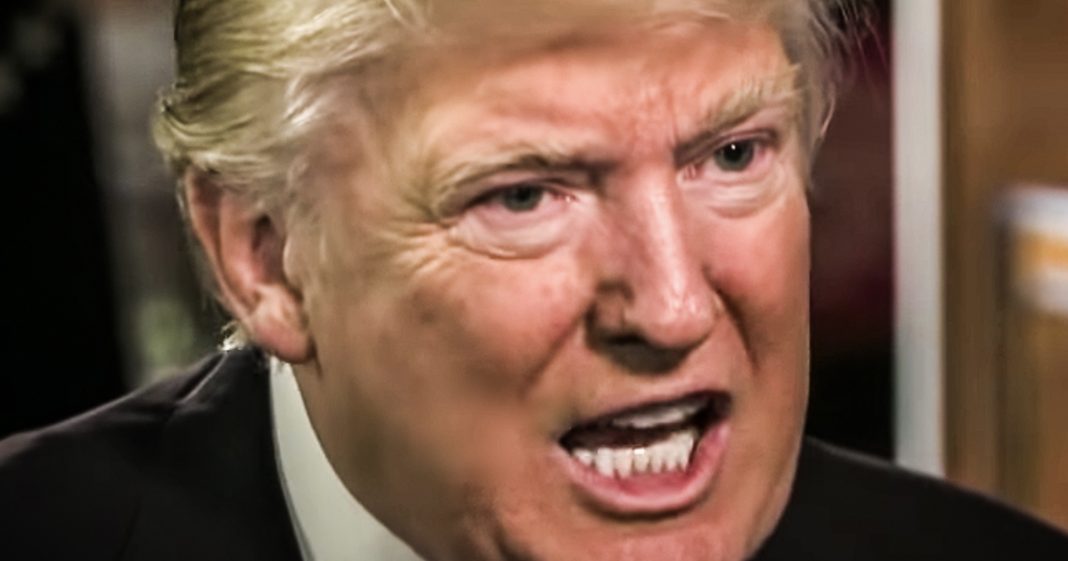 Last week Donald Trump told members of the intelligence community that they have no choice but to comply with his new witch hunt, and he also gave Attorney General William Barr full discretion to disclose and declassify any information that he sees fit. This is the investigation that Trump demanded into the origins of the Mueller Probe, which have actually already been investigated and found to be completely legit. Ring of Fire’s Farron Cousins explains what’s happening.

Donald Trump is ramping up his investigation of the people who investigated him because Donald Trump wants to know why the initial investigation took place, so we now have to investigate the investigation. On Thursday of last week, Sarah Huckabee Sanders issued the following statement and it said today at the request and recommendation of the Attorney General of the United States, President Donald J. Trump directed the intelligence community too quickly and fully cooperate with the attorney general’s investigation into surveillance activities during the 2016 presidential election. Today’s actions will help ensure that all Americans learn the truth about the events that occurred and the actions that were taken during the last presidential election, and we’ll restore confidence in our public institutions. I agree with her on that and I agree that this investigation should take place. Just like a year ago when I agreed that yes, you should have Lisa Page, Peter struck whoever it is, testify before Congress and they did and we already cleared everything up.

But sure, if you want to have another investigation, go right ahead. We already know everything about this, but Donald Trump’s not satisfied William bars and good little lap dog and he is going to do whatever Donald Trump wants him to do. We know that there was not any malfeasance, at least based on a redacted report that came out. So maybe there’s stuff in those redacted parts that show that this investigation wasn’t on the level or that the Pfizer warrant was obtained under false premises. And if that is the case, then yeah, that is something we need to know. You may hate Trump, but if they were illegally spying on him, I think as a country we need to know that. We already know that that’s not what happened. But sure, go ahead and continue the investigation. And one of the best parts is that Donald Trump last week also expanded William Barr’s authority and gave him the ability to declassify and publish whatever information he feels like.

And Trump thinks this is going to somehow exonerate him, that it’s somehow going to make him look better, that it, that it’s going to to vindicate everything he’s ever said. But again, folks, remember back to last summer, last July, we already had a report on how the investigation started. No, it was not based on the Christopher Steele dossier. Carter page is Pfizer warrant was obtained legally. The so-called insurance policy that Peter Struck and Lisa Page we’re joking about was the investigation, but at the time they didn’t think it was necessary to go full steam ahead on that investigation because they didn’t think Donald Trump was going to win. Had they thought or knew at the time the electoral college was going to give him the victory, they would have sped up that investigation to get this information to the appropriate channels and that’s what happened here. We know all of this already, but that hasn’t stopped Donald Trump from going out there lying about all of this on a near constant basis, constantly trying to undermine Lisa Page by only referring to her as Peter Strokes, lovely lover, which he said on Thursday multiple different times because he’s trying to undermine this woman’s entire career.

I am still in favor of this investigation though. Don’t get me wrong, because yeah, I think it is going to restore some confidence in our intelligence agencies. Not that they really deserve much confidence given the spying on American citizens and you know, falsifying a reasons to go to war. But nonetheless, I don’t think it’s going to restore confidence on the left. I think it’s going to make people on the right realize that, holy crap, Trump really has been lying to us this entire time, and that is why I support this investigation.