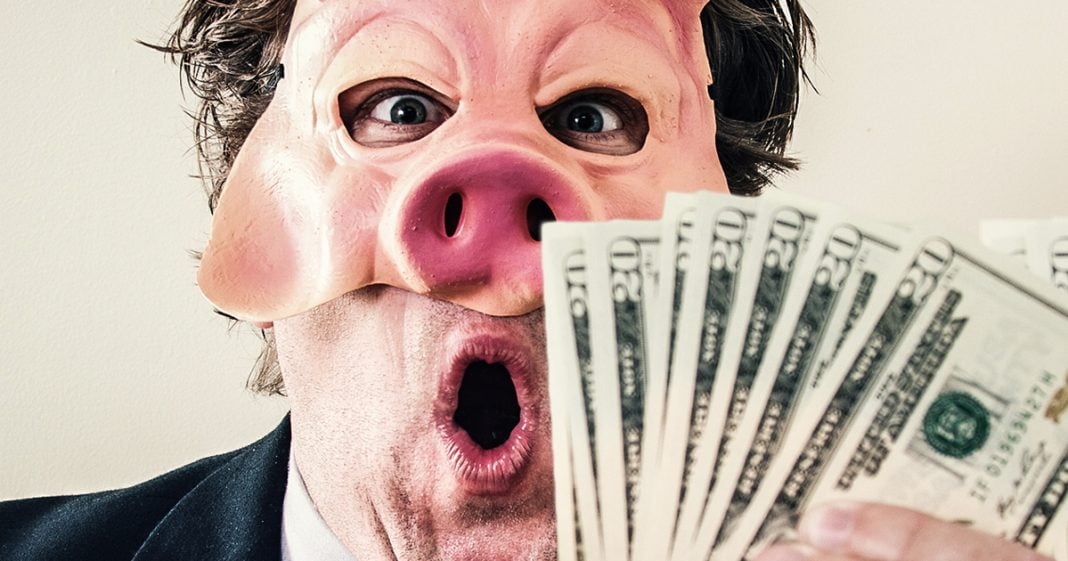 According to a new report by the Federal Reserve, the economy is doing great…if you’re a member of the wealthy elite. The rest of the country, though doing better, are still struggling to get by, and a very large percentage of people don’t have any retirement savings, they can’t afford a $400 emergency, and even those with jobs admit that they routinely have to miss bill payments each month. This is not a strong economy – it is a Potemkin Village of an economy that is starting to reveal the horror that lies beneath. Ring of Fire’s Farron Cousins discusses this.

Things are not very good in average American Ville, but overall the numbers look better and our better because the top 1% is doing so great that it’s able to lift all of the numbers across the board. Not even lift actually just skew to where it looks like everybody’s doing better, but in fact it’s only the top, you know, the wealthy elite. This is according to the Federal Reserve’s own report. I’m going to read this. Some of the things that they found here via Washington Post almost four in 10 people said they wouldn’t be able to scrape together the cash. To me, a $400 emergency expense. That was something we’ve known about. So you’ve got 40% of this population can’t afford a $400 emergency today. Could not do it. 17% of adults said that they would miss a payment on at least one bill during the month. 17% of people in this country have to skip paying one bill a month.

More than 60% said losing their job would mean they couldn’t cover three months of expenses and only 36% said that their retirement savings are on the right track. Almost a quarter of Americans skipped some form of medical care in the past year because they couldn’t afford it. Separately. One in five faced major unexpected medical bills and about a 40% of those folks said they’re still carrying debt related to those bills. Um, during this time period, 2018 that these numbers were revealed, unemployment rate was only 3.9%. That’s the lowest since 1969 the economy grew at 2.9% which is a, a post great recession. High average hourly earnings grew by 3% during this time. So technically American citizens are making more, except this is where another one of those caveat comes in because the Federal Reserve admitted that, yeah, these are average hourly earnings grew by 3%, but because wealthy people are making so much more money, average CEO pay increased by $800,000 last year because they’re making so much money.

It looks like wages across the board have grown when you factor those into the averages. In reality, average wages for American workers only, not including the top breasts have not gone up. This economy, as I have said repeatedly, is the house built of Straw and the slightest little breeze be it a trade war or a, an emergency $400 expense makes the entire house come crashing down. This economy is weak. It looks great on paper, folks, but as I’ve repeatedly said, you’ve got to dig into the numbers. These jobs numbers that we get each month, you owe 230,000 jobs created. That looks great until you see what kind of jobs they are. Take the time and read the reports that is on you. Otherwise all you have to go on or the misleading headlines and say, damn, another great April, half a mil, a quarter of a million jobs created except they’re crap jobs that pay minimum wage, which shouldn’t be $15 an hour, which majority of Americans would like to see be $15 an hour, but they’re stuck somewhere between seven and $10 per hour. Meaning people are living in poverty. The economy is not doing well unless of course, as the federal government’s now willing to admit, you’re already a member of that top 1%.