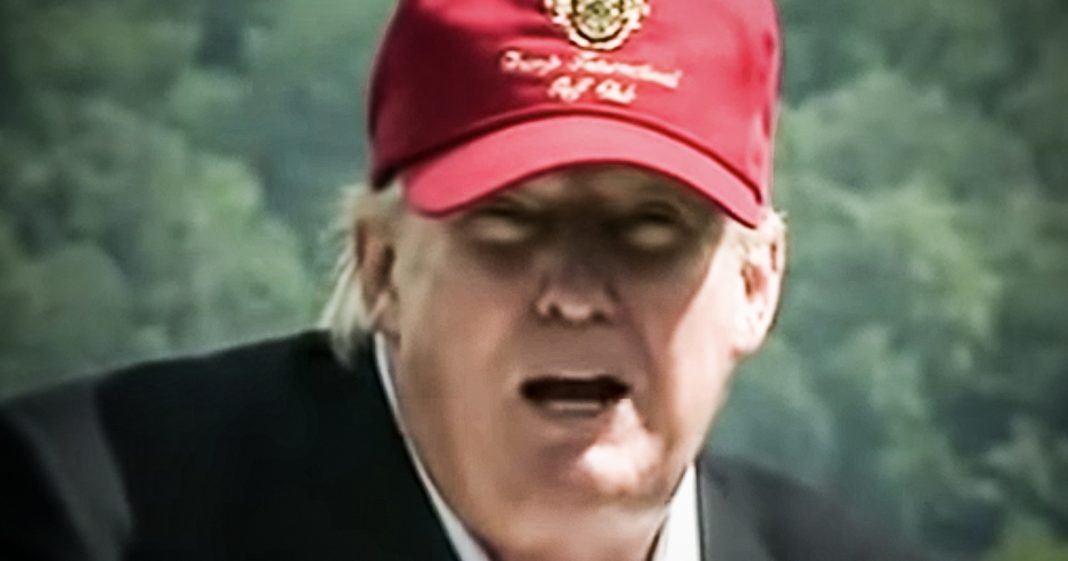 Donald Trump swore when he was running for president that he wouldn’t even have time to golf anymore because he’d be so busy working. Well, the numbers are in, and the “hard-working” Trump is actually more in love with leisure than he is with work. Taxpayers have now shelled out over $100 million just for the President to go play golf, and a lot of those costs go right back into the President’s pockets. Ring of Fire’s Farron Cousins discusses this.

When Donald Trump was running for president, he famously told us that if he were elected, he wouldn’t even have time to play golf anymore because he was going to be so busy working all the time. It was going to be round the clock nonstop. Donald Trump in that oval office just cranking out executive orders, signing legislation, getting things done. Dang it.

According to a new report, US taxpayers have now spent $102 million in less than two and a half years for Donald Trump to go play golf over $100 million. We the US taxpayers have spent for Donald Trump to play golf in two and a half years. And if you want to get even more angry about that number, then consider the fact that most of the time, the majority of the time that Trump goes and plays golf, he does it at his own golf course. So most of that money that taxpayers are spending on him playing golf, it goes right back into his pocket. And I know a lot of conservatives like to say that Trump’s such a good guy because he said that he’s not taking his presidential salary, you know? Um, okay, well this $102 million we’ve spent on golf so far, uh, represents 255 times the annual presidential salary that he volunteered not to take according to the Huffington Post, 255 times more money spent on golf than if the guy had just decided to take his stupid salary instead of trying to make a publicity stunt out of it.

And yeah, again, most of this goes right back into his own pocket because these are trips to Mar a Lago. These are trips to Bedminster. These are trips to other golf courses that Donald Trump owns show. He gets the profits off of it and I promise you those profits are far more than he would ever make from his presidential salary. So I don’t want to hear that argument anymore. But furthermore, I don’t want Fox News to ever under any circumstances claim that a president on the democratic side took too many vacations or played too much golf because the last two republican presidents, George W. Bush and Donald Trump have taken more time off than anyone else in history.

Bush broke the record for number of vacation days, number of days spent on vacation by a sitting US president. He holds that to this day, Donald Trump has spent more on golf than any president in history, and he’s golf more than any president in history. He spent more on travel than any president in history, and yet for eight years, every time Barack Obama sat down on a park bench, Fox News would run a story about how the president isn’t working. Oh, the president went to Hawaii for two days to spend a couple a days with his family relaxing. How horrible, how lazy, what a piece of garbage. Fox News did that for eight straight years. Anytime Barack Obama went golfing, it was front page news for 48 hours. How dare he take a couple of hours to unwind trumps golfing in average of every once a once every three days, every three days, hundred and $2 million spent so far, and we still have virtually half of his presidency left to go. And Fox News is silent. Conservatives are silent. They’re wasting taxpayer money so that he can put it back into his own pocket. That is the most disgusting part of this story.