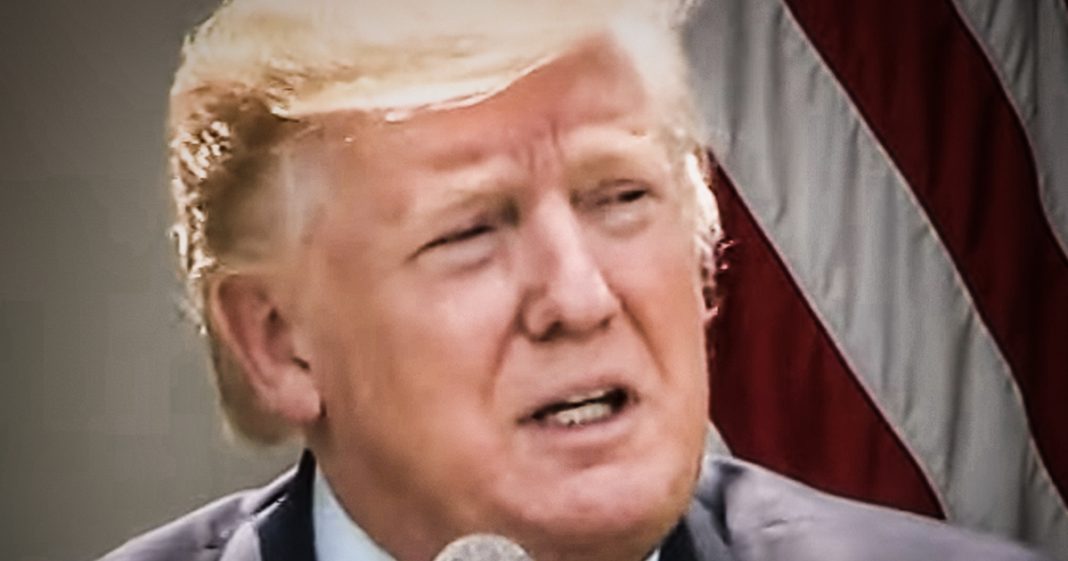 If there’s one group that Republicans can’t afford to anger, it is big businesses. But that’s exactly what is about to happen, according to analysts at Goldman Sachs. These experts are predicting that corporate profits could drop by as much as 6% across the board if the President follows through with his most recent tariff proposal, which would result in billions lost for corporate America. But don’t worry, they’ll increase prices on consumers in order to make up for the profits they lose by putting idiots in charge of the country. Ring of Fire’s Farron Cousins discusses this.

According to a new analysis from Goldman Sachs, corporate profits could fall by as much as 6% if Donald Trump follows through on his threat to impose more tariffs on the remaining $300 billion worth of goods from China that he has not yet put tariffs on right now, about half the goods from China that come to the United States do have these new tariffs from Trump on them, but he said that that’s not good enough. He wants to put tariffs on the remaining 300 billion and now Goldman Sachs, the experts who understand forecasts and predictions are saying that corporate profits are gonna fall by 6% which means that CEO pay might to start to go. A might start to go down, oh, the shareholder, their dividends. Those could go down. The rich people in this country, folks might make less money than they thought they were going to make because of Trump’s trade war and by God, that almost makes me want to support the trade board because fuck those guys. Right? That’s how I feel about it. I have no sympathy for the wealthy elite who my God, they might lose 6% of their money.

And there’s two very good reasons. I have no sympathy for them. It’s these idiots, the wealthy elite who give money to the Republicans who propped up Donald Trump and allowed these policies to become policy instead of just stupid ideas by a stupid man. This is now reality and they’re partially to blame, so they deserve to lose some money. The other reason I feel so, uh, no sympathy for them is because Goldman Sachs later on admitted they’re probably not going to lose any money because what they’re going to do is they’re just going to pass the increase in prices on to consumers. So they’re not actually going to lose that 6% that Goldman Sachs said they would. We will. You and I. Okay.

Every time he’d go to the store, every time you want to buy something, that’s 6% that’s coming out of your pocket because that’s roughly how much prices are going to increase for you. So suddenly because you’re paying 6% more for certain goods, suddenly your buying power is at 94% of what it was, which means your disposable income falls, your buying power collapses, so you have to contract. You have to start buying less because everything else went up in price. And as we know, wages are stagnant in this country, so there’s no chance of you just making more money to make up for the inquiry. Nope, not going to happen. And that’s going to lead to a severe economic downturn, the same downturn that most economists have been predicting for quite some time now, and that would be the catalyst that’s going to make it happen. Consumers lose in a trade war. Consumers always lose in a war, whether it’s here in the United States where it’s over in China, the corporations, as Goldman Sachs is willing to admit, it may look on paper like they’re going to lose money, but don’t worry. They’re clever. They’re crafty, and they’re going to find a way to get it all back while at the same time putting more money into the pockets of the politicians who put us in this situation to begin with.