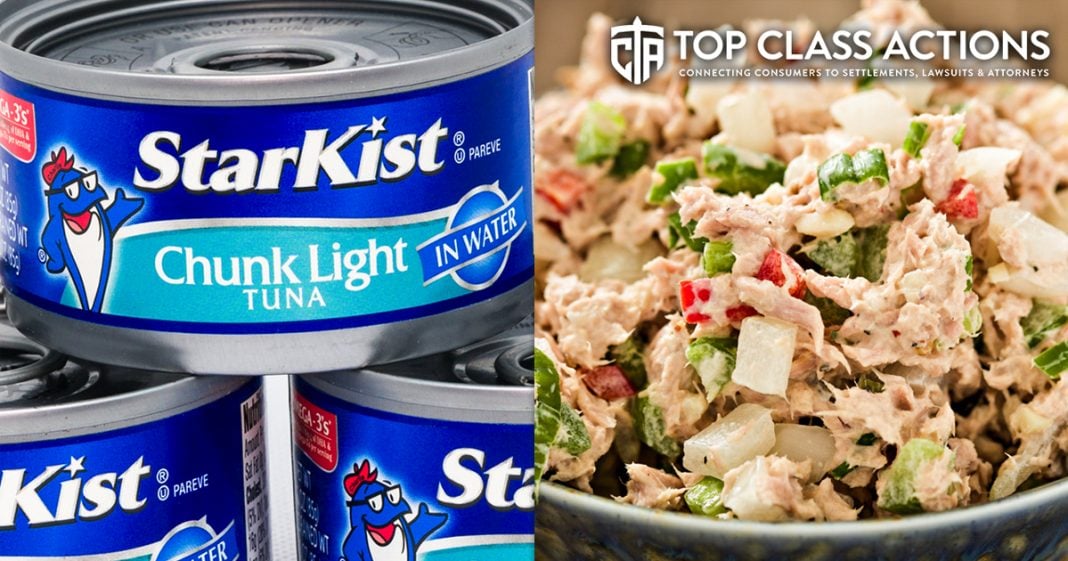 Class action lawsuits have been filed against three major canned tuna producers alleging the companies trick consumers into thinking the products are “Dolphin Safe.” According to three separate class action lawsuits, Nestle Purina Petcare Co., StarKist Co., and Bumble Bee Foods LLC label their products as “Dolphin Safe,” but in reality they use suppliers whose fishing practices endanger the marine mammals. These companies then skirt compliance with regulators, while telling consumers that they use fishing practices that preserve dolphins, the plaintiffs claim. Ring of Fire’s Farron Cousins discusses this with Scott Hardy from Top Class Actions.

Farron Cousins:                  For those of us old enough to remember the 90s, one of the things, I’m sure a lot of us remember that we may have forgotten is the fact that there was a big uproar in the 90s about dolphin safe tuna. See, prior to all of this dolphin safe labeling that you see on tuna today, it wasn’t uncommon for tuna companies to buy their products from fishermen or other companies who were fishing in ways that would actually kill dolphins. We thought we had taken care of that. We thought everything was fine and we were protecting marine mammals.

But it turns out today, according to a new lawsuit, nothing’s really changed except that these tuna fish companies are still slapping that dolphin safe label on their products when in reality there’s nothing dolphin safe about any of their fishing practices. Joining me now to explain what’s happening is Scott Hardy from Top Class Actions. Scott, you and I both remember the 90s very well, very fondly, I might add.

We remember when this whole thing came up about, you know, oh my God, they’re killing all the dolphins in the tuna nets and they were, there were videos of it. We saw this happening. So all the companies promised us they were going to change their practices, change who they bought from, they were changing their practices. This lawsuit says, hey, it may have happened for a little while, but it’s certainly not happening today, is it?

So Nestle and StarKist, and Bumble Bee, they’re like, no, no, no. You know, we’re, we’re good people. We’re saying we’re only sourcing these things from dolphin safe fisheries and fishing companies. But no, these, these fish that they’re getting may at one point that that company they’re buying from have a dolphin safe tuna product. But they’re buying it from another company who’s buying from another company who absolutely, according to this class action, are not dolphin safe or other marine mammals safe.

Because of course we remember seeing these videos where it’s not just dolphins that get caught in these drift nets as they’re trying to catch these fish. No, it’s also sea turtles and other marine life that are getting tangled up and dying because they’re not using dolphin safe fishing, fishing options.

Farron Cousins:                  So basically we have these companies that Nestle is one of them, which in my opinion, one of the worst companies on this planet, once you actually start to look at their practices. We’ve got StarKist, we’ve got Bumble Bee and rather than having a StarKist fishing fleet out there, or a Bumble Bee fishing fleet with the Bumble Bee logo right there on the boat, they buy from another company, maybe even a subsidiary.

And then that company actually just buys it from a different group, which buys it from a different, so basically you’re masking the supply chain essentially by buying through all of these third parties and their third parties and their, you know, whatever exponent we get to of three parties. And that’s why they’re able to, I guess technically claim that we’re buying from a dolphin safe fishery, because that fishery technically is not actually doing any of the fishing. That, that, that’s what we’re talking about here, right?

Scott Hardy:                          Exactly. So that’s going on and of course consumers are paying a premium because they want to make sure that they’re not harming dolphins or other marine mammals when they’re buying their tuna or their pet food. And so they’re paying extra because they’ve got that little dolphin safe logo on the cans when in fact it’s not. And that’s really what this class action is about is saying, hey, as a lot of the things that you and I talk about Farron, people are paying a premium for some kind of added benefit and they’re simply not getting it according to these class actions.

Farron Cousins:                  And what’s really interesting to me, and I hope most people who are watching this, who, who were, you know, alive at that time, this was a big deal. I mean the, the dolphin safe labeling when it came out, that was a big deal. It was a huge marketing push by these tuna companies to let us know that they were doing things in a safe and humane and sustainable way. But it turns out, you know, based on the information in this lawsuit, that was just a marketing ploy.

So yes, people go, they look at the tuna in the aisle, they see the dolphin safe label, they feel better about that product. It may cost 50 cents or a dollar more and they’re willing to do it because they understand that, hey, we also have to protect the planet while I’m eating my sandwich. And, you know, so yes, they’re being duped.

Yes, this is deceptive marketing, if what this lawsuit alleges is true, and that’s why law suits like this exists. If you say you’re doing a thing, you have to do the thing. If you’re using that to sell your product, you certainly have to be doing the thing that you’re claiming you’re doing. But now not only are they deceiving people, but it turns out, hey, we didn’t actually fix the problem of all this marine bycatch they call it, which is you know, harmless animals that we don’t eat that are endangered getting killed in these nets.

And that’s what we’re really trying to stomp down on is if, if you’re going to be stating that your dolphin safe, make sure that you are environmentally sound. That you are actually taking care of the marine mammals and that the companies that are using our fishing legally.

Farron Cousins:                  Absolutely, if anybody needs any more information about this particular class action, follow the link in the description of this video, head to topclassactions.com and while you’re there, make sure you sign up for their weekly newsletter to stay on top of these stories and many more. Scott Hardy, Top Class Actions. Thank you very much for talking with us today.