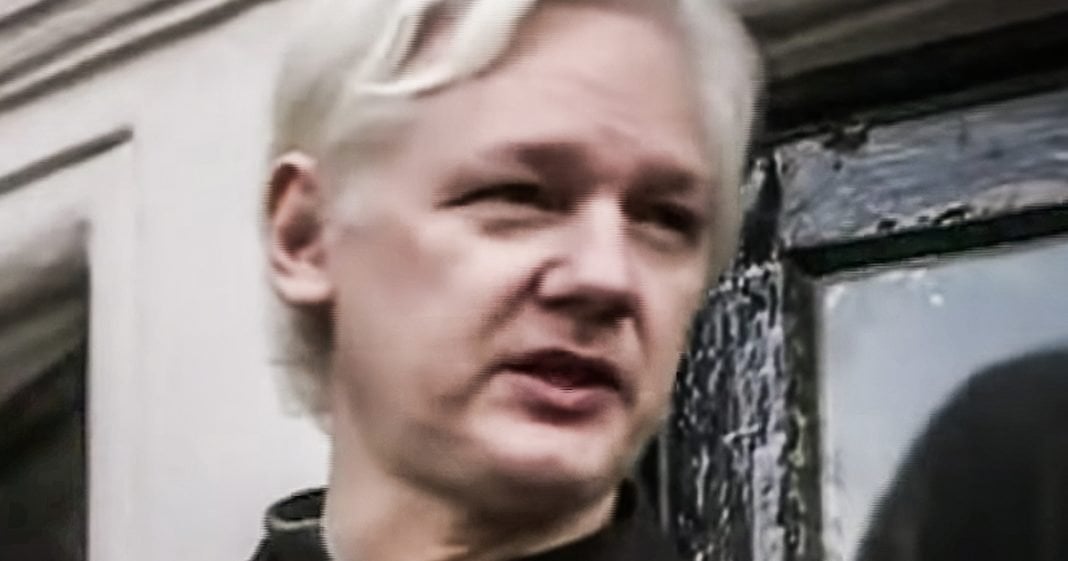 The Justice Department has issued a superseding indictment against Julian Assange. The indictment includes 18 charges, including violating the Espionage Act. Regardless of your personal feelings about Assange, this is a horrible development for the world of journalism, and it could have a chilling effect on the media in the United States. Ring of Fire’s Farron Cousins explains what this indictment could mean.

It was disturbing yesterday to see so many people on the left on social media celebrating the fact that Donald Trump’s justice department issued an 18 count indictment against Julian Assange. And I know there is a lot of resentment on the left for Julian Assange and Wikileaks for their role in releasing the hack DNC emails in 2016 but here’s the thing, it doesn’t matter what your personal opinion of Julian Assange or Wikileaks is, you know, if you think Julian Assange is a disgusting person who never showered, maybe he raped somebody in Sweden. Okay. But that has nothing to do with this particular indictment. Oh, buddy. Through the election for Hillary Clinton and wanted Donald Trump to win. Maybe. So that also has nothing to do with this indictment. The superseding indictment that came down from the US Justice Department is attempting to charge Julian Assange, uh, pretty much with violations of the espionage act, about a 18 different of them.

Um, all of which can and will, if he has prosecuted, have an absolute chilling effect on journalism here in the United States. And I already see the arguments popping up again, mostly on the left saying, well Sanchez and a journalist. Oh, okay. So that’s totally going to stop Donald Trump from after prosecuting Assange’s going after other media outlets. Right. He’s totally going to stop right after a Sanchez is done and put in jail here in the United States for up to 180 years cause there’s a 10 year possible sentence for each of the 18 counts. Then he’s done. He’s not going to attack the media anymore. Right, because that’s absolutely not something that Donald Trump does. So let me repeat it again. I don’t care what your personal opinion is of Julian Assange. I don’t care what my personal opinion of Julian Assange is. I guarantee you it’s probably similar to what most of those people who are cheering this think, except I’m not sharing this.

I don’t think Assange should go to jail for this. I don’t think Assange should be arrested for this. And I don’t think he should be indicted for this because this is what the first amendment is about. The freedom of the press, the freedom to report, the freedom to get information out to the American public and Assad himself may not be a journalist, but guess what? As part of the indictment, they’re leaving it open to prosecute and this is according to Kevin Gestalt at shadow proof to prosecute the media outlets that either set up Dropboxes for people to drop in hacked or stolen documents, groups like Wikileaks, groups like other reporters here in the United States that do the same thing. So they have already opened the door within this indictment to start prosecuting other people in. If you think that that’s something Donald Trump won’t do, then you clearly have been living in a cave or in a coma for the last two and a half years because this is exactly what Donald Trump wants. He wants to attack the first amendment. He wants to continue attacking reporters and more importantly, he wants to be able to prosecute them when they report something that he doesn’t like. Julian Assange is the tip of the iceberg, and if they are successful here and they can set that precedent in court, then I hope everyone in the media business lawyers up because he’s gonna come for us next.