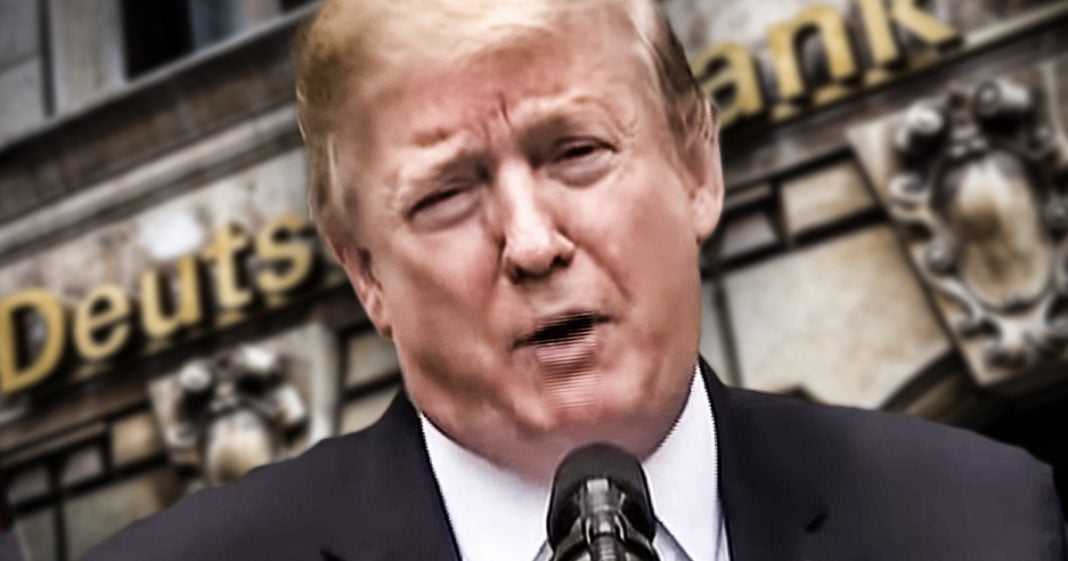 A judge in New York this week dealt a massive blow to the Trump family after he ruled that the family’s financial records need to be handed over to the Democrats in Congress who subpoenaed them. The judge didn’t buy into the Trump family’s legal argument that the subpoenaed materials needed to be related to legislation, and now Deutsche Bank can begin handing everything over. Ring of Fire’s Farron Cousins discusses this.

On Wednesday, federal judge in New York by the name of Edgardo Ramos ruled that Deutsche Bank and capital one bank can immediately start handing over Donald Trump and Ivanka Trump and Donald Trump Jr. and Eric Trump’s financial records to Democrats on the House Financial Services Committee in response to the subpoenas that they issued to those banks, judge Ramos did not buy into Donald Trump’s lawyers arguments, which happened earlier this week as well in a different court with different lawyers. But the same argument and their argument has been that Congress cannot subpoena these financial records because they’re only wanting to get them so that they can go fishing and find something to pop the president on. It’s not related to any legislation that they are working on. And judge Ramos, just like Judge Mehta earlier this week said it may not be related to legislation, but they do have authority to carry out investigations of the executive branch. This falls under that category.

So I don’t see how I could stop it. And that’s what happened. And I have said this many times, actually many times it’s just the last few days. Donald Trump has the worst lawyers in this country. They could have argued something more like, well listen, we understand they have investigative authority but they have no probable cause. Right? This is a fishing expedition because they have no reason to think there is criminal activity taking place here. Now obviously they do have probable cause. That probable cause came in the form of Michael Cohen who said that Donald Trump inflated his net worth in order to secure larger loans from these two particular banks, Deutsche Bank and capital one. So that would be the probable cause. However, that would’ve been a much better argument for the lawyers to make rather than trying to argue that no congress can investigate people because everybody who’s ever studied the u s government or paid attention to the u s government understands that, yes, yes you can.

Congress is also an investigative body and they 100% have the authority to do this. And judge Ramos even said like, listen, I get, I get you’re one part of the argument that you argued that these subpoenas were overly broad. You know, they, they sought to much, but that’s still within their power to do that. So I’m going to go ahead and tell these banks, start sending the documents. Now, the Trump team obviously is going to appeal this, but considering the fact that it’s so far, they have lost every single case regarding these subpoenas, it’s unlikely that it’s going to change. They’ve made their legal arguments so the court knows its own record, what their actual argument actually is. Maybe they’ll try to change it up, but all the new judges or the panels will have to do is look back at their previous arguments, question them on that, and they’re going to lose on merit. Trump hires the dumbest lawyers in this country. It would have been difficult, but a skilled lawyer could have won that case and prevented these documents from ever heading over to the House of Representatives. But unfortunately Donald Trump doesn’t know how to pick out good lawyers, and that’s actually good for the country right now because it is likely that there is criminal activity in those bank records. And now because of the incompetence of his legal team, there’s very little that the president can do to stop Congress from finding out what those crimes might be.