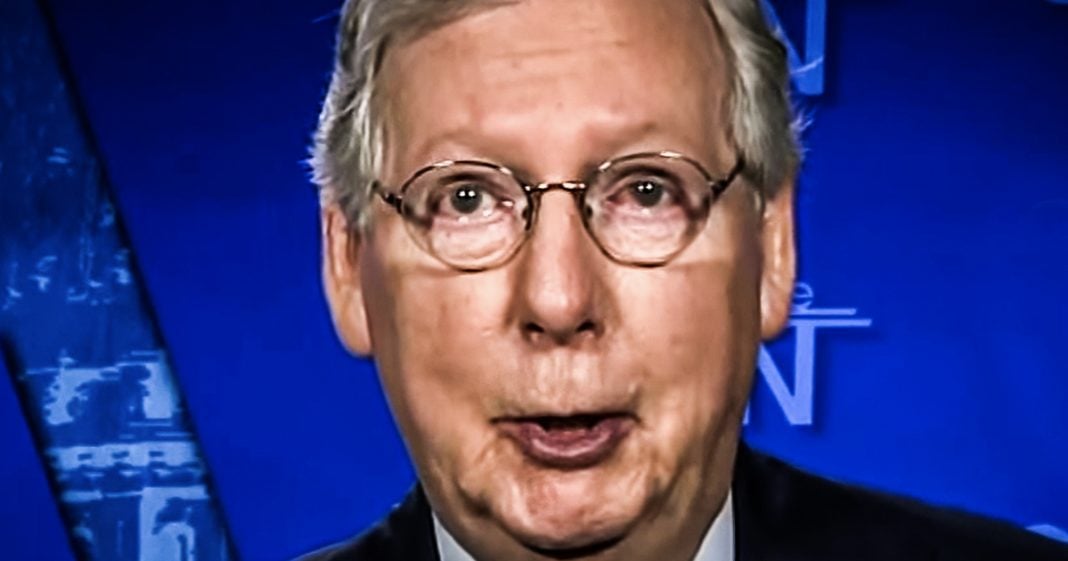 The Republican Party has done everything possible to prevent Democrats from passing legislation that would bolster security for our elections, continuing a trend that has been going on for more than a decade. Whether it is foreign agents or a kid down the street, our election systems are incredibly hackable and vulnerable, yet Republicans continue to refuse to do anything about this massive problem. Ring of Fire’s Farron Cousins explains why that is.

Consider this your periodic reminder that Republicans are doing absolutely nothing to protect our election systems ahead of the 2020 presidential election. Let’s also remember that the Mueller report, though they may not have been able to find collusion between Trump and Russia, they did conclude that yes, Russia was able to get into our election systems. A fact that has since been corroborated and discussed even by Republican politicians, including Republican Senator Marco Rubio and Florida’s Republican governor Ron DeSantis, who has also admitted that after talking to the FBI and seeing the evidence, at least two Florida counties were hacked by Russia. So don’t accuse me of being one of those, you know, Russia, Russia, Russia, people. Those are facts. That’s the reality in which we live. But you know what’s actually even more important than the Russia issue is the fact that everybody seems to be focusing on the fact that, oh my God, a foreign power influenced our election or attempted to influence it or attempted to hack into it.

And they’re completely ignoring the fact that it doesn’t have to be a foreign power. It can be the kid down the street. And I mean that the, the kid, the child down the street from you, because as we found out about a year ago, an 11 year old was able to hack into a replica of Florida’s voting system in just a few minutes and start changing vote total. Start changing the names on the roles, do everything that we’re terrified Russia is going to do. Children in this country can literally do it. That’s how insecure our voting systems are. And yet Mitch McConnell at every possible turn in the Senate has blocked any efforts by Democrats and even some fellow Republicans.

To do something about the problem, to switch us to paper ballots, to make sure that we have paper ballots and full audits, which is a bill being pushed by Democratic Senator Ron Wyden right now, McConnell doesn’t want that. He doesn’t want more money for election security. And that’s really a shame because that’s kind of one of the things that made America standout was that, you know, we had these democratic elections, right? That was the whole point of it, to show the rest of the world that we let our people decide. But instead Mitch McConnell would rather say, you know what, I don’t care if it gets hacked. I’m going to pretend there’s not really a problem. Even though I’ve been warned about it for close to 1718 years now.

I mean honestly folks, we have people in this country, the folks at black box voting, Brad Friedman with Brad blog who have literally been talking about this for almost two decades and they have been right since day one that our electronic voting machines are absolutely garbage. That our election systems are easily hackable in every study that’s come out since then has proved these people. Right. And yet here we are. We’ve done nothing as a country. We have done nothing to make these systems better. Yes, Democrats in the Senate again led by Ron Wyden right now they are trying, but we don’t have the numbers in the Senate to make it a reality. And as long as Mitch obstructionist McConnell is in charge, he is not going to let it happen.

Nothing will change. And I hate to say this, I hate to be gloom and doom about it, but I promise you nothing’s going to change before the 2020 election. And if you’re worried only about Russia than let me tell you, you’re misdirecting your fears because anybody in this country, natural born us citizen with access to the internet and minimal hacking skills, can 100% determine the outcome of the 2020 presidential election.