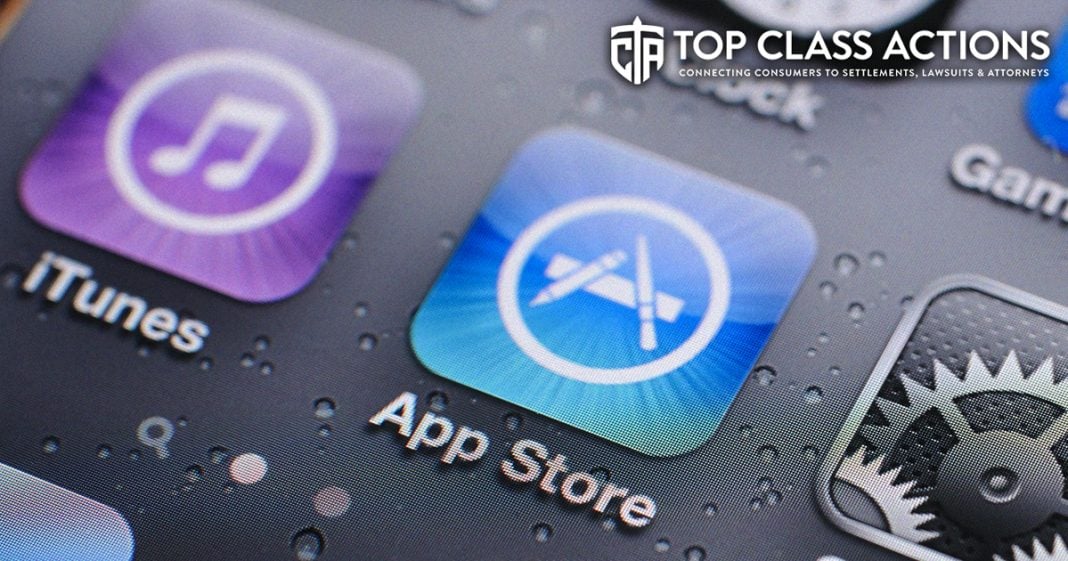 Farron Cousins:                  Recently, the US Supreme Court, in this particular case led by a newly appointed Justice Brett Kavanaugh actually did something decent for American consumers. And they said that, guess what, this class action lawsuit you want to have against Apple is absolutely going to go forward. Joining me now to explain what this lawsuit is about is Scott Hardy from Top Class Actions.

Scott Hardy:                          Sure. So this was something that we really should have seen coming for a long time and we have. I mean we’ve been reporting on Apple’s just that it’s got a very tight hold on everything software related and so everything has to go through the APP store. And this by anybody taking a look at it looks like a monopoly because Apple says yes or no to any programs or APPs that are going to be on your phone, on the iPad. And without Apple’s blessing, it’s not going to happen.

In fact, Apple actually makes developers pay a fee every year just to be included in the APP store. Whether or not they’re putting out software, they need to be paying that fee to be blessed officially by Apple. And so you have consumers who have said, hey Apple’s controlling how much these programs were costing. Apple takes 30% of the revenue for all of these programs and this is a take it or leave it.

If you want to put a program in the APP store, you’re paying 30%. Now I’m sure that big, you know, big vendors and, and big app distributors are, have some kind of negotiating power on that. But the average Apple developer, if you make an APP, you’re giving Apple 30% of that. And that’s a lot of what’s really behind this class action is saying, listen, we want to have some kind of power. We, if we don’t want to use the APP store, we’d like to have another venue to put APPs on these phones and iPads.

But the only way to do that is to have your phone jail broken in which voids your warranty. So that’s really not an option. Now Apple is still saying, even though they lost this in the Supreme Court, they are still saying, hey, this isn’t true. We’re going to keep fighting it, but yet you already lost. So now what we’re going to see is some more negotiations between the plaintiffs and Apple to figure out what a good solution is and of course, Apple wants to make sure it’s safe for their users.

And that’s been a big part of their argument is that, you know, Apple phones are safe. They know you’re not going to find even close to as much virus software out there as you would through Android or other operating systems because Apple is so strict and stringent on the requirements for the APP store. But how are they going to be able to open that up to make it so other competitors can come in? I’m not quite sure yet, but we’ll see.

Farron Cousins:                  Exactly, and it, and it is important to point out, you know, Apple says they’re going to keep fighting this and well the Supreme Court just says you have to face the lawsuit. You know there’s, there’s nothing they can do at this point to stop it from coming unless they go ahead and decide to make the policy changes and allow these other developers to come in. But I, I think what really stuck out to me here was the 30% commission off every APP sold.

So you head to that APP store, you buy an APP, whether it’s a $2 APP or a $20 APP, 30% of that off the top is going to Apple in addition to the fees that you have to pay just to be considered to be a part of the APP store. Whether or not you even have any software there. I mean, this is a real problem for the company in terms of how are you going to justify that in court when you’re standing in front of a jury.

You could have the best defense lawyer out there, but to basically say, yeah, they’ve got to pay to be a part of this. They got to pay us a commission on top of that. They got to pay to put a new APP in there. But really we’re not, we’re not violating any antitrust laws. No, no, no, no. Well, it’s pretty obvious you are when you are the only people who have the say yes or no, you can kick certain APPs off on a whim. You’re, you’re kind of calling all the shots there and it does fall onto this antitrust category.

Scott Hardy:                          Exactly, if you’ve got this big castle with one gate in and that one gate is from, is Apple and they say, yes, you can come in or no, you are not allowed. Move on. That’s a monopoly, you know, and if that same Apple are the ones saying, hey, we’re going to be able to charge you 30%, whether you’re just an individual entrepreneur, you’ve got your great APP idea. You know, you’ve, you’ve spent the money on developing it and now you’re putting it out there, you would think there should be some more flexible tiers as that APP gets more popular.

Maybe Apple gets more revenue, you know, there, there should be some more flexibility in there that’s inherent just to take care, especially of small business owners that are just trying to make a living. You know, a lot of people come out here and they’ve got a great APP idea, but the development costs are so prohibitive. And then that 30%, because essentially Apple owns 30% of your company. If you are, if you’re an APP company and you’re just putting out Apps, guess what?

Apple owns 30% of you, if you’re really focusing on iPad, iPhones and iPads and you’ve got no control over that. You can say, no, I’m not going to do it and just go Android or just go Microsoft. But if you do that, obviously you’re, you’re losing off a huge portion and, you know, there has to be a way to break up this alleged monopoly to make it really much more fair for individual APP developers and for, for companies out there, they’re just trying to make a living.

So hopefully, I imagine within the next few years we’re going to see some big changes in this, but none of those changes are going to happen unless we have class actions like the one we’re seeing against Apple. For more information on this, follow the link in the description of this video head, the Top Class Actions, and while you’re there, make sure you sign up for their weekly news letter. Get all of the information consumers need to know about, delivered directly to your inbox. Scott Hardy, Top Class Actions. Thank you very much for talking with us.