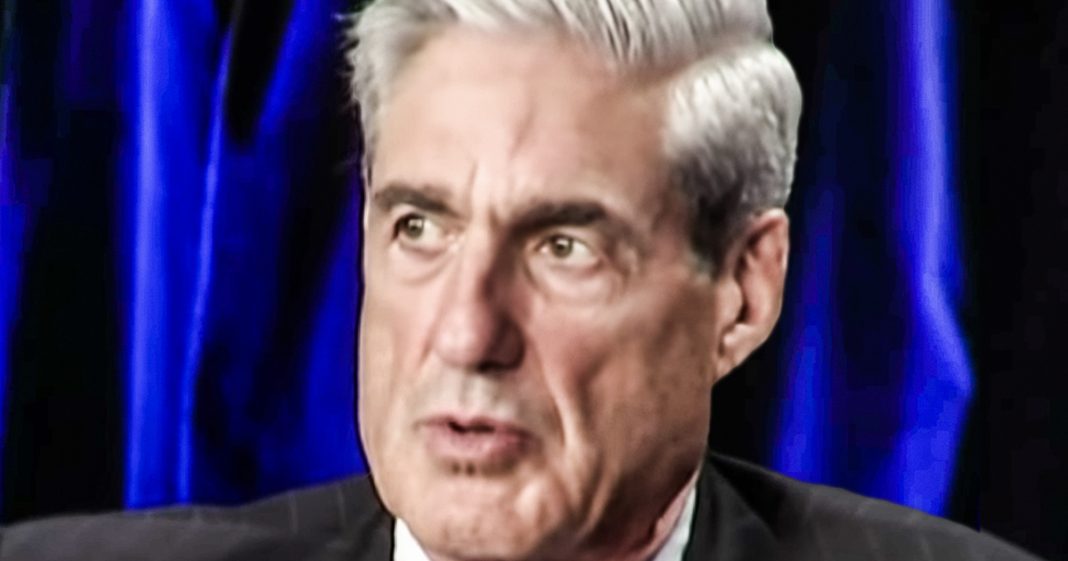 Mueller Is Too Scared To Testify About His Own Report

According to new reports, Robert Mueller is not interested in testifying to Congress about his report on Donald Trump because he doesn’t want to come across as “political.” That is the most worn out, tired, and sorry excuse that he could have come up with. This is his work and he needs to be able to tell Congress exactly how he came to the conclusions that he reached since the Trump administration is stonewalling their requests for documents. Ring of Fire’s Farron Cousins discusses this.

Robert Mueller is scared. Robert Mueller, according to reports, does not want to go and testify before Congress about what was in the report that he spent two years building. Because he doesn’t want to jump into the political fray. He doesn’t want to be seen as overtly political, and he doesn’t want to jump into this highly polarized atmosphere that’s happening in DC. He doesn’t want to be a part of it, even though he’s the guy that took the job so that he could spend two years investigating and then come up with this report. Now I am sorry, but that’s weak tea. I mean, that is exceptionally weak for a guy like Robert Mueller to say, Hey, I know that my, uh, answers to your questions could probably go ahead and put all of this to rest or give you enough information to move forward with what you need to move forward with.

But I don’t want to come across as political. I don’t, I don’t want to be in that. I see that that’s not good enough. That’s crap. In fact, you accepted this position. You knew eventually this was going to happen. But now you’re saying you don’t want to testify publicly because you don’t want to step into this political environment. Robert Mueller might be the only person in this country that actually has the answers that actually is able to talk to Congress and tell them why he thought Donald Trump obstructed justice 10 different times. And then why he decided not to indict him for it. We know why he chose not to indict him for it, but maybe he can give us a little more information about those instances of obstruction. Maybe he can elaborate a little bit on the passage and the report that says that to many members of the Trump administration lied to him.

Um, cause that kind of seems important. I think that’s something we need to know about. But fear not because they are trying to work out a deal to where maybe he’ll go and testify and talk to Congress behind closed doors. No reporters, no cameras, no media of any kind. We will not know what is said probably for months, but he might be willing to do that. But Robert Mueller just really just wants to rest. He been a lot of time on this report. You know, he had been retired, I guess prior to that. He just wants to be done. He didn’t want to get involved in politics. Well, guess what? Too Bad, right? Too Bad. I don’t have sympathy for you. These are answers the public desperately needs. Maybe it clears Trump. Maybe it implicates them further and puts us on the path towards impeachment. Either way, we have to know so that we can either move on from the whole damn thing or keep going with the whole thing. And Robert Mueller holds the key, but he’s too afraid that he’ll be seen as a political operative if he shows us what that key unlocks.