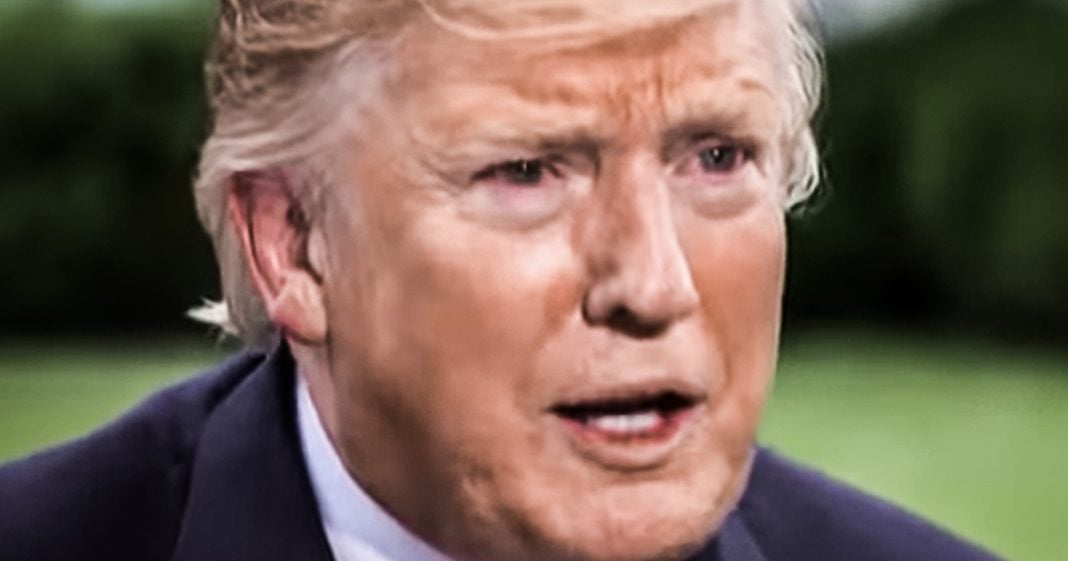 A Congressional committee has approved new language to a defense spending bill that would revoke a war authority measure that was put in place after 9/11. They did this in order to prevent the President from launching an attack on Iran, something that has become a very real possibility in just the last few weeks. But Republicans were against the measure, with every Republican on the committee voting against it. Ring of Fire’s Farron Cousins explains what’s happening.

Yesterday, Democrats on the House Appropriations Committee passed an amendment to a defense spending bill that would effectively destroy Donald Trump’s ability to launch an attack against Iran. And this amendment that, by the way, every Republican on that committee voted against would basically put a sunset onto the Aau m f the authorization for use of military force that has been in place since several days after the nine 11 attacks. And it has been used since then as justification for conflict 41 times in 18 different countries. The AUMF and what it says is that if the executive branch or the dod, you know, Pentagon, if they believe that they can go out there and stamp out the bad guys, but not necessarily launch a full fledged war, they have the authority to do that. Prior to the Aumf, any act like that would be considered basically an act of war. Congress would have to approve the involvement.

This thing passed after nine 11. The AUMF, uh, basically took that away because the Bush administration argued like, we don’t have time for a congressional vote. We may need to go over there and get the bad guys get in and get out. And it just stayed forever. Bush used it, Obama’s used, the Trump has used it, they’ve all used it. And this administration right now is telling us that they want to use it again or they may have to use it as justification to attack Iran 41 times already 18 different countries. Why has this not already been pulled off the books? Why has it not already been sunsetted? Well, it’s because the people in Washington DC love a good war. Defense contractors obviously need a good war, a good fight, a good enemy to get the United States to go over there and blast because that’s how they make all their money.

And that’s money that they then pass along and the form of campaign contributions to members of both parties. And that’s why this thing still exists. In fact, there actually was an effort led by Republicans, believe it or not, in 2017 to go ahead and get rid of the AUMF. Uh, it passed the committee. So the Republican’s back then said, yeah, we need to get rid of this thing. But then, uh, Paul Ryan would not let it come to a full House vote. So the amendment never passed. But that’s what’s super interesting here too, is a couple of years ago, Republicans were like, yeah, let’s, let’s go ahead and get rid of this. At least the ones on the appropriations committee. And then today, actually yesterday, technically every Republican on that committee voted against the amendment to get rid of the AUMF. And they said, you know, maybe we should get rid of it, but the appropriations committee isn’t the place to do it.

You but what you did it. So I guess that would mean it is the place to do it. If you can do it there, then guess what? That’s the place to do it. And obviously you can because you did it in the past. So why you lying now is you, because you don’t want to be seen as the kind of republican who doesn’t want an endless war in Iran because that’s how it seems to me. And I think too many from both sides of the aisle would be perfectly fine with this administration launching a another unwinnable Middle Eastern war that does not have approval from Congress just because it’s going to generate a lot more political campaign donations from the defense industry.