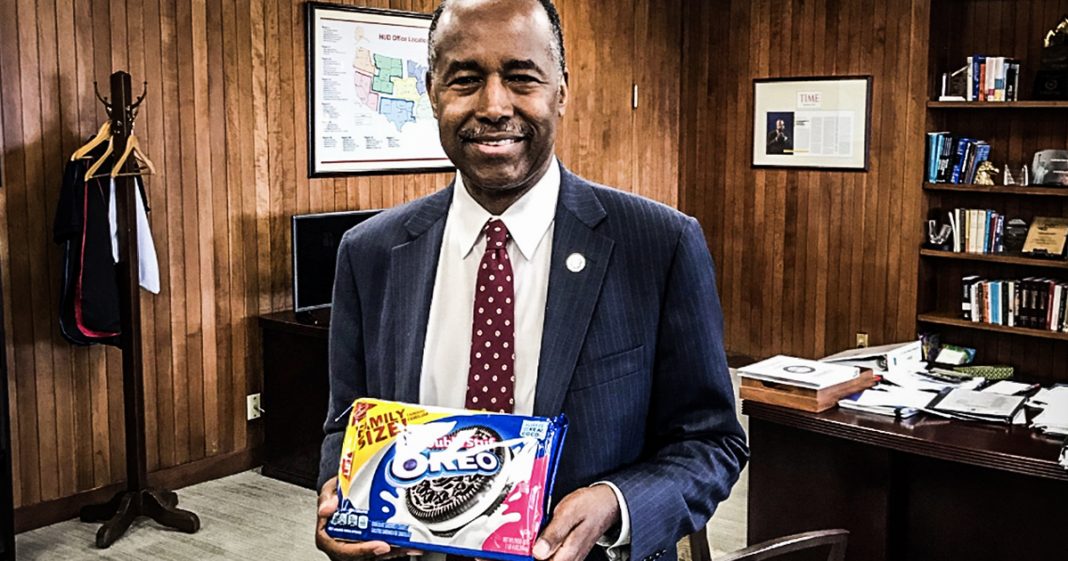 Housing and Urban Development Secretary Ben Carson is in over his head, and his answers to questions from Representative Katie Porter prove it. The man thought that Rep. Porter asked him about Oreo cookies when she was actually talking about real estate terms that Carson couldn’t even identify. The man is an absolute fraud, just like so many other members of the Trump administration. Ring of Fire’s Farron Cousins discusses this.

Farron Cousins:                   In case you haven’t already seen the clip, which I’m assuming most people have because it’s so wonderful. Yesterday, representative Katie Porter, a Democrat from the state of California, absolutely dismantled Ben Carson, the secretary of Housing and Urban Development during Congressional hearing. Here’s the clip.

Katie Porter:                          Owned, real estate owned. That’s what happens when a property goes to foreclosure. We call it an REO and FHA loans have much higher REOs. That is, they go to foreclosure rather than to loss mitigation or to non-foreclosure alternatives, like short sales, then comparable loans out the GSEs. So I’d like to know why we’re having more foreclosures that end in people losing their homes with stains to their credit and disruption to their communities and their neighborhoods at FHA than we are at the GSEs.

Farron Cousins:                   Yeah, that’s right folks. Ben Carson again, these secretary of Housing and Urban Development thought he was being asked about cookies during his congressional hearing cookies. And then his, uh, kind of weaseling out of it made him look even dumber because he didn’t know what REO stood for. He got the real estate part right by that.

Oh, that, O was a little bit tricky for him. And not only that, but look at his body language in that, in that clip. Like that dude didn’t want to be there. He’s sitting there, he’s got his arms crossed, Moon River. I mean it, it’s crazy. This man, regardless of how good he was as a surgeon, I mean there’s a movie about how wonderful he is. This man clearly has no intelligence outside of brain surgery and I’m starting to doubt that the brain surgery intelligence is that great to begin with too. I mean, this is a man who has no idea what he’s doing. He does not belong in the position that he is in. Yet somehow he’s there. He has failed upwards in the world of politics instead of disappearing after his failed 2016 presidential bid. I mean, let’s forget, actually at one point this dude was the front runner out of all the Republicans.

I mean, to be fair, they all pretty much took a turn being the front runner at some point, even if it was just for a few days, but this guy, Ben Carson could have ended up as president of the United States. That’s terrifying folks, but he still is in a position of power that he should not be in. And then to kind of laugh it off for everyone. He decided to tweet out a little joke. Here it is. O R, E O, call back to the old OREO commercials. For those who don’t remember. Thanks at Rep Katie Porter, enjoying a few posts, hearing snacks, sending some your way. See Vogue say he can laugh at all if he can laugh off the fact that he is an absolute idiot and doesn’t understand what he’s doing in office. Meanwhile, his department can just continue to foreclose on people all over the country because it’s totally funny because he tweeted out a picture of himself holding a pack of OREOs.