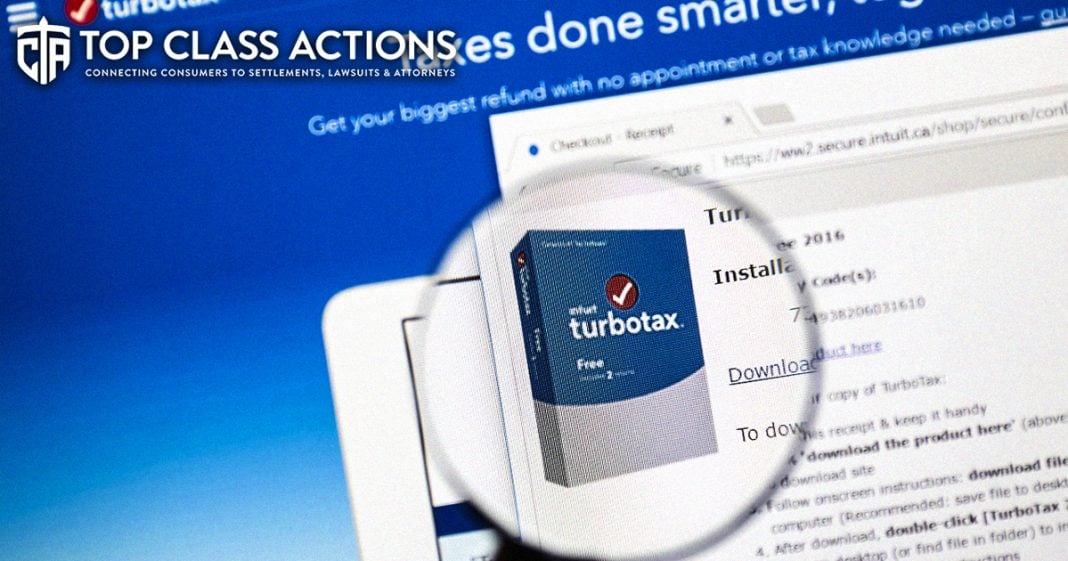 Intuit faces a class action lawsuit from California consumers claiming that the company hid their free filing options from TurboTax customers. According to the recent class action lawsuit, Intuit is part of a group called the Free File Alliance. This group reportedly provides free online tax filing options to the lowest 70 percent of all taxpayers in America. Ring of Fire’s Farron Cousins discusses this with Scott Hardy from Top Class Actions.

Farron Cousins:                  Unless you filed for an extension, tax season is over in this country. Many Americans breathing a sigh of relief that we don’t have to deal with this stuff anymore. We paid our fees to whatever program we used to pay our taxes. We paid the IRS while we owed. If you got money back, you probably have that in your account by now. Everything’s done except for the fact that Intuit, the company that makes TurboTax apparently hid their free tax filing program from millions of Americans who used TurboTax.

Joining me now to talk about this is Scott Hardy from top class actions. Scott, this is one that kind of popped in the news briefly, you know, during tax season the TurboTax was hiding this free filing service from low income users and then it just disappeared. Everybody seemed to just move on from this, but this is a much bigger issue than the news media treated it as, isn’t it?

So this is low to middle income consumers that should be able to essentially file their taxes for free and Intuit and H&R Block both talked to the IRS because the IRS looked at their filings and went, well, you’re just basically filling out these forms for them. You know, we could do that online and we’ll just do it for free because you’re not doing anything super special and H&R Block and Intuit went, no, no, no, no, no, please don’t do that.

That will cost us millions of dollars a year. Instead, we’ve, we’re a good corporations. We always looked after the consumer’s first. We will do this free filing system for consumers. We look after consumers. There are our number one people here. You don’t have to do it IRS, you’re a big government agency.

Let’s get government out of this. Come on. We will do it because we’re good corporations and we’ve never ever screwed over consumers. Right? Ah, now exactly. And so you had this free filing system that was created, but as you said, it’s been buried by H&R Block and Intuit. So most people have no idea it exists.

Farron Cousins:                  And we’re talking about, you know, 70% of all tax payers in the country would qualify or should be using essentially the free software. You don’t need the accuracy check, you don’t need the live representative on the phone with you. Most people, especially on the lower side of the income brackets here, they have their single W2 and they transfer the money from that tiny piece of paper into the program and hit enter and that’s it.

That’s all they have to do. They don’t have business expenses to write off. They may not have home offices to write off. Mileage, things like that. They just go to work, clock in, clock out, come home. That’s typical. That is what most Americans do. They’re not trying to hide anything. They’re not trying to scam anybody. They don’t need these complex tax forms to fill out. It’s easy, simple and the IRS says, yeah, guess what?

It’s also free. Well, TurboTax said, well, you know what though, if we essentially hide this feature, if we can get 500,000 extra people to do this and instead of doing it for free, they pay us $100 average. Well, hey, guess what, that’s a couple million dollars we put in our pocket without really having to do anything.

And Yeah, as we’ve seen for decades now, if a corporation thinks it can make a few million dollars by technically not doing anything illegal, then they’re going to do it. I mean that’s the bottom line. They’re going to do it. But they also run the risk of getting popped when consumers find out that they were doing it maliciously, and that’s what’s happening here with the TurboTax.

Scott Hardy:                          Exactly and, you know, it gets so kind of dirty here that Intuit, according to ProPublica, actually that Intuit went so far as to hide the free filing webpage on its website from search engines. And so they actually had a flag on their webpage that said to Google do not index this and that web page. So people said, hey, free filing through Intuit. Oh no, that website’s not gonna, not gonna pop up. And then after they got caught and they got called out on it, then they went, oh, you’re right, let’s go ahead and make that indexable so people can find it and be able to file taxes for free through us.

I mean, it’s really, it’s really nasty and understand that they want to increase their profit margin, but they did make that promise to the US government, both H&R Block and Intuit, that they would do this for free for 70% of Americans and less than 1% are doing it right now. So they really have to work their butts off and pay back that $100, $160, $200 that these low income folks are paying.

These people are living paycheck to paycheck and that $200 or $100 makes a huge difference in their, their daily life. And so I’m, I’m glad that these class actions were filed by the state of California and by individuals in California to call them on this and to make sure that this has far reaching implications, not just in California but across the country. So those folks, that 70% of Americans can actually benefit from this.

Farron Cousins:                  And we’re not talking about the people who paid well, I’m sure some of them did, but, but these, the average person didn’t just pay like, okay, well here’s $10 to file my taxes. One of the plaintiffs earns less than $34,000 a year, paid $179 when in fact she should have been using the free program but did not know it existed. Another plaintiff, annual income of $22,000 paid $86 to file her taxes when it should have cost her nothing.

I mean, this is absolute, absolute criminal behavior almost. I mean, obviously it’s not technically illegal. It is dishonest. It does break the trust that they had. But to my best advice here, if anyone filed their taxes using these programs, whether or not you think you should have used the free one, please learn more about this story. Learn more about what happened. Go back, look at your own taxes because you may qualify for this class without even realizing it at this point.

So again, follow the link in the description of this video. Head to top class actions. Get all of the information you need, because this one’s going to be big. This one’s going to continue to grow, and you do not want to miss out on it if you were a victim of it. Scott Hardy, Top Class Actions. Thank you very much for talking with me.