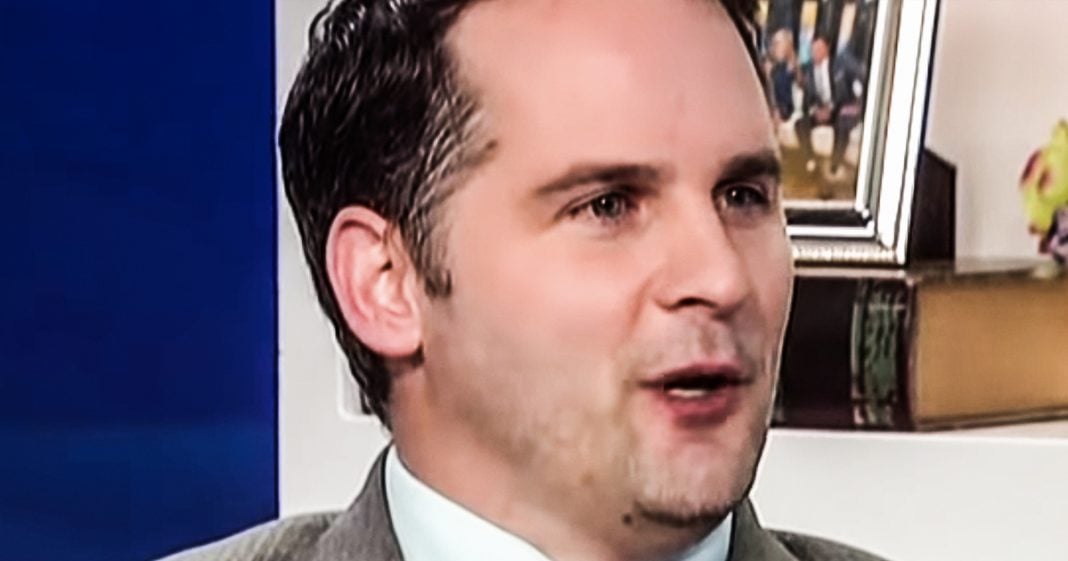 According to reports, Donald Trump has allegedly asked for the paperwork to be drawn up so that he can pardon multiple veterans and contractors who have been accused of war crimes by their fellow soldiers. These men are nothing short of murderers, but reports say that Trump is planning a Memorial Day pardoning spree for these men who should spend the rest of their lives behind bars. Ring of Fire’s Farron Cousins discusses this.

According to reports over the weekend, Donald Trump is preparing to go on a massive pardoning spree over the Memorial Day weekend coming up and the people he is considering pardoning are all war criminals. According to the reports, Donald Trump recently asked for all the paperwork to be finalized so that he could pardon multiple, uh, service members and contractors who had been accused of murdering on armed civilians in the Middle East. Here’s just a few of the people. Uh, the first one, this is the one that I’m sure if you were on social media this week and you saw this name everywhere, a special operations chief, Edward Gallagher of the navy seals. Um, he’s scheduled to stand trial in the coming weeks on charges of shooting unarmed civilians and killing an enemy captive with a knife while deployed in Iraq and a, a special operations chief Gallagher here is actually a very unique case because this is not just, Oh, we think you did this.

It was because his, his other navy seals that he worked with actually turned him in. They were tired of his murderous ways. This was commonplace for this man to do this, go out and just kill indiscriminately. This was not a navy seal. This was a murderer. And he’s the top on the list to receive a Donald Trump. Pardon. If these reports are correct, list goes on and you got black water security contractor who was recently found guilty of a shooting, dozens of unarmed civilians in Iraq. You have major Matthew Goldstein a, he was an army green beret accused of killing an unarmed Afghan in 2010 and you have a group of marine corps snipers who are all charged with urinating on the corpse of a dead Taliban fighter. These are all people who committed war crimes. That’s what each and every one of those instances is. Those are war crimes. And if these reports are correct, if this is the course of action, the president is going to take, he is going to tell us on Memorial Day weekend, the war crimes are totally cool here with us in the United States. We have no problem with it. Although to be fair, uh, I’m pretty sure George W. Bush sent that message to the world when the pictures from Abu Ghraib emerged and we saw those people being tortured.

And we saw the US soldiers there smiling and pointing and laughing and giving a thumbs up. The world already knows that we torture people and that we kill people for no reason. We don’t need Donald Trump to come along on Memorial Day weekend and remind them once again that we have no problem with the murdering that we do overseas. But that is exactly the message that he is going to send if he follows through with this. These are not proud patriots. The proud patriots are the ones who turn these guys in. The ones who said, this is not what we’re about. This is not what we do, and this is against the law, both in the US and internationally, and you’re going to pay for what you’ve done. These aren’t soldiers. These are murderers. And Donald Trump needs to treat them as such and throw away any pardon paper he may have already drafted.