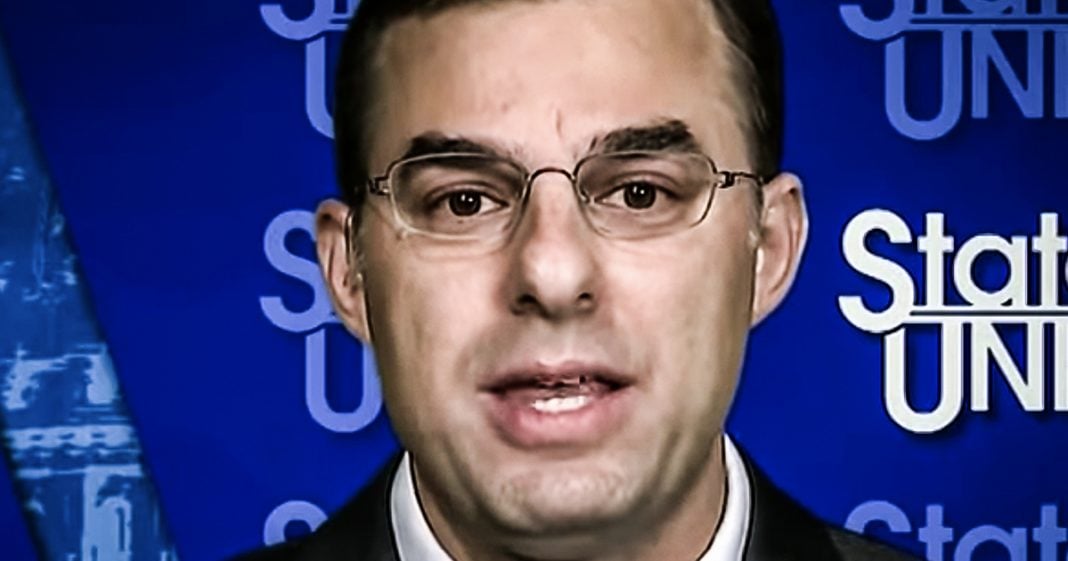 A few days ago, Republican Congressman Justin Amash, uh, tweeted out in a series of tweets that he believes Donald Trump committed impeachable offenses. Also in those tweets, he said that the Mueller report, having read the full thing, uh, congressman Amash, again, a Republican admitted he read the whole thing and one determined yet Trump committed impeachable offenses. But he also said number two, that it established a pattern of behavior of potentially illegal criminal behavior for Donald Trump. And any good prosecutor in this country is going to tell you that the first thing you have to do and trying to prosecute somebody is establish a pattern of behavior saying that this is who this person is and that’s why they likely committed this crime we’re talking about today. Amash says that, yeah, it established that he also went on and as a Twitter feed to say that Attorney General William Barr misled the public about what’s actually in that report.

And those are pretty strong words. And especially considering the fact that they’re coming from a Republican member of the US House of Representatives, not exactly something we would expect to see. Certainly not something that Donald Trump was expecting to see. And that is why a few days after this happened, he took to Twitter on Sunday. Any tweet it out, the following about Congressman Amash, never a fan of Justin Amash, a total lightweight who opposes me in some of our great republican ideas and policies just for the sake of getting his name out there through controversy. If he actually read the bias Mueller report composed by 18 angry Dems who hated Trump, he would see that it was nevertheless strong on no collusion and ultimately no obstruction. Anyway. How do you obstruct when there is no crime? And in fact, the crimes were committed by the other side. Justin is a loser who sadly plays right into our opponent’s hands.

Oh God, this man is a moron. Let me, let me try and go back a little bit and uh, explained you can have obstruction without an underlying crime as long as the intent is there. Obstruction can be there even if there was no underlying crime committed. And the Muller report actually tells us that he couldn’t come to a conclusion that you, uh, colluded with another country because everybody from your office and everybody associated with you kept lying so much that he was unable to continue to follow leads. Why don’t you go back and read that part? Cause I guarantee you had everybody, this man spoke to, had they been honest, we probably would have seen a much different version of the Mueller report come out. Hell, we may not even have it yet. If everybody had been honest in this man, could’ve chased all the leads that he wanted to.

But nonetheless, we know that obstruction of justice is there. Michael Flynn helped explain that to us a couple of days ago with that unsealed court filing. But Congressman Amash here is actually doing the right thing. He’s putting the country over his party and he’s paying the price for it because then you go and look at Donald Trump’s Twitter feed and you’ll see after he posted these two tweets about what a loser Amash is. You had all these Republicans joining in saying, you’re going home, we’re sending you packing. Enjoy your remaining time in office. Amash is a loser. He hasn’t read the report and so on and so forth. But I also saw on the other side, people got a little excited though. On the left they said, oh, maybe this means there’s going to be more repetitive. No, just stop that right there. This does not mean that there’s more Republicans going to jump on the impeachment train.

It won’t happen. Okay, maybe we’ll get two, three more. But that’s just the House of Representatives. Technically we need zero Republicans in there. It’s the Senate that matters and there isn’t a single Republican in that Senate that has the guts to stand up and say, yes, Donald Trump deserves to be impeached. They know he does. They’ve seen the Mueller report. They know what’s in there, they know what he’s done. But there’s not a single one in there with enough courage to say it. So this really means nothing unfortunately. But what it does show is that the president is being a whiny little baby, as he typically is, and he’s going after a man who all he did was stand up and say, Hey, I understand how the law works, and this man who also happens to be the president of the United States very clearly broke it.