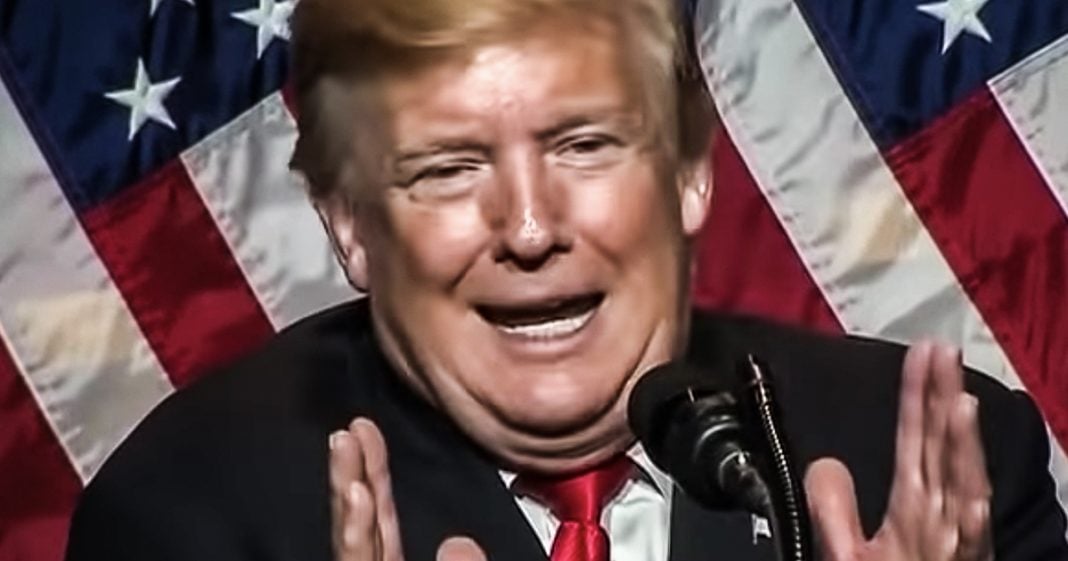 Over the weekend, Donald Trump called Democrats and the courts “crazy” for wanting to allow people into this country who are seeking asylum. The President doesn’t seem to understand, or thinks the public isn’t smart enough to know, that coming into this country and seeking asylum is perfectly legal, it is just that his administration has decided to make it criminal. Ring of Fire’s Farron Cousins discusses this.

Donald Trump thinks democrats and our court system are crazy because they want to obey the law. And Donald Trump, as we’ve pretty much already established since even before he became president, doesn’t like to follow the law. It’s not his style. He just wants to do whatever the hell he wants to do. Well, this past weekend, Donald Trump’s sent out a tweet expressing his disdain for those on the left and in the courts who want to follow the rule of law. Here’s the tweet, “Courts in Dems and Congress, neither of which have a clue, are trying to force migrants into our country. Our country is full. Our detention centers, hospitals and schools are packed crazy,” okay?

Now, here’s the thing. What Donald Trump is referring to are the people who are coming across the southern border seeking asylum. Here in the United States, seeking asylum is not a crime. In fact, it’s very legal. People are allowed to do that. They are allowed to cross our border, come here and say, I would like to seek asylum for X, Y, or Z reason. And then we have a responsibility. At that point to follow through, make sure the reason is valid and then grant them their asylum or if we want to be dicks about it, deny them their asylum. But that’s the law. Here are the United States that we as a country have to follow. This isn’t on the migrants, it’s not on the asylum seekers that’s on us and we are bound by those laws to carry them out. And Donald Trump, according to his tweet here, is pissed off about that. How dare these courts actually do their job? How dare these Democrats say that we have to follow the law. And the irony here is that obviously this was meant to be an attack on the Democrats and on the court systems, but in reality it just showed that Donald Trump has no respect for the rule of law whatsoever. You ask me my personal opinion, I would say this tweet in and of itself is all we need for impeachment.

If any president whatsoever called the other side crazy because they want to follow the laws, then I’m sorry it’s time for you to go. But that is exactly what the president did this past weekend. Why? Because he hates non- white people or at least his base hates non-white people and he wants to appeal to them. The fact of the matter is that our detention centers, yeah, those are probably full because we’re putting too many people in there. The country’s not full. Our hospitals are not packed, overflowing. We have plenty of room, plenty of space, plenty of everything right now for these migrants to come into our country and then there were the reports last week saying that Donald Trump was going to send a these asylum seekers or these detainees to sanctuary cities. He was going to get back at him.

Fantastic. Send a few thousand in my city, we’re not even a sanctuary city. We’ve got room, we’ll treat them hospitably. We’ll treat them like human beings threatening to send people who want a better life to your city. That’s not a punishment whatsoever. That’s an opportunity. That’s an opportunity to give these people what they came to this country for a better life. But this man is so close minded and so disgustingly evil that he wanted to use that as a punishment. And when that kind of blew up in his face, he goes the other route. And he’s trying to tell the Democrats in the courts and everybody else in this country that he is not willing to follow the rule of law. And by that logic alone, he needs to be removed from office today.