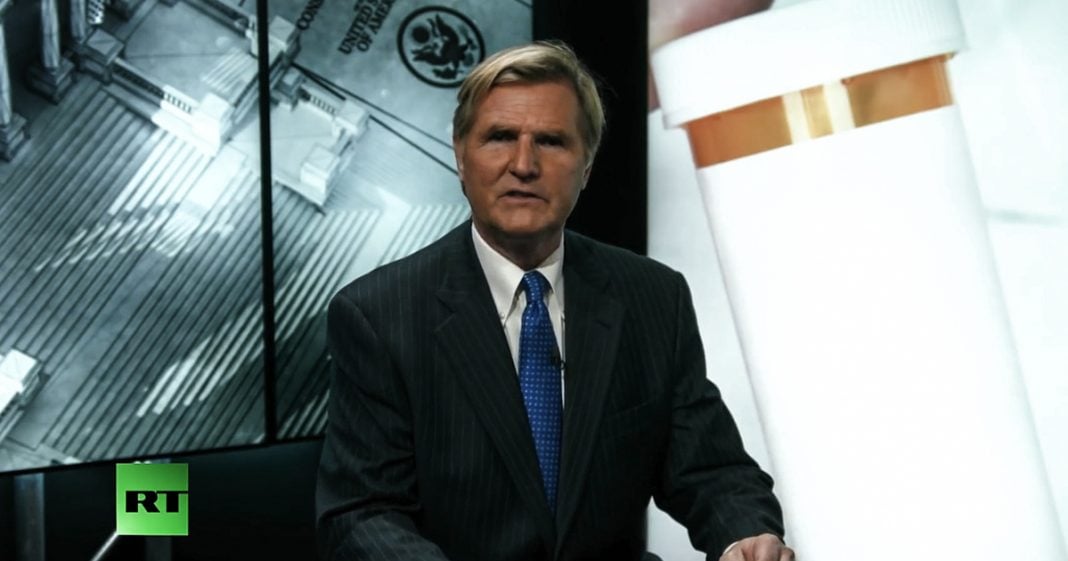 Via America’s Lawyer: The Trump administration has finalized a rule that will require drug companies to include the cost of their prescription drugs in their advertisements if that drug costs more than $35. Mike Papantonio explains more.

And finally tonight, some good news. The Trump administration has finalized a rule that will require drug companies to include the cost of their prescription drugs in their advertisements if that drug costs more than $35. This rule has been in the works for the last 12 months and it’s going to begin seeing changes within the next two months. Drug companies are furious about the changes because now they won’t be able to hide the ridiculous markups that they’re charging to consumers in America.

Their price gouging will be on full display in every commercial that’s run. This move is only going to increase the public’s demand that Congress finally take action against drug prices, and while this move won’t lower the prices, it’ll do the next best thing, which is to shine a massive spotlight on how much consumers are being gouged for life-saving medications. Even though our tax dollars helped develop most of those drugs.

Change is around the corner and Big Pharma knows it. They can’t hide behind their lies about r and d costs anymore. And even the $25 million they’ve spent so far in lobbying this year, $25 million, it’s not going to save them this time.

That’s all for tonight. But you can find us on Facebook @facebook.com/rtamerica’slawyer, and you can watch all RT America programs on direct TV, on channel 321 and now streaming live at youtube.com/rtamerica. Also, be sure to follow us on Twitter @americaslawyer. I’m Mike Papantonio, and this is America’s Lawyer, where every week we tell you the stories that corporate media is not to tell. They won’t tell the stories at all because their advertisers won’t let them. With that, have a great night.