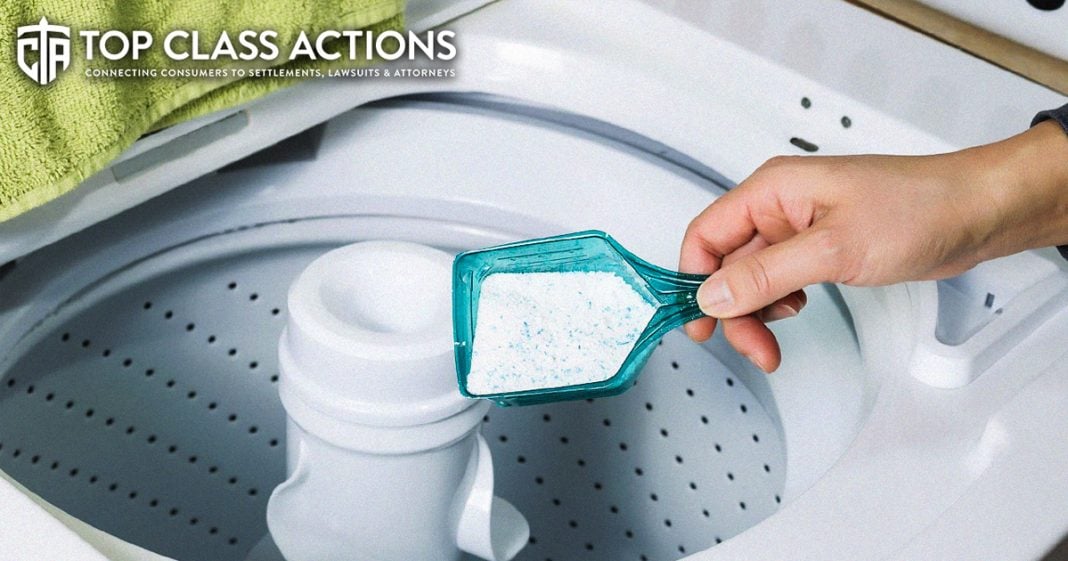 OxiClean is a popular product. However, the amount of OxiClean required for the product to be effective may be much greater than what is advertised and the number of loads each container can handle is much lower than advertised. A standard 3-pound box of OxiClean claims that it contains enough product for 65 loads of laundry based on 1 scoop, which OxiClean says is 2 tablespoons. (Some of the scoops that come inside OxiClean containers are big enough to hold 9 tablespoons.) It may require 2 to 4 scoops to obtain the stain-cleaning benefits that are advertised. Consumers who have purchased OxiClean based on the above-mentioned claim and have found it necessary to use two or four times the amount indicated on the label may have a legal claim. Ring of Fire’s Farron Cousins discusses this with Scott Hardy from Top Class Actions.

Farron Cousins:                  Thanks to more than 20 years worth of infomercials, I think it’s safe to assume that most people in the United States know what OxiClean is. It’s that laundry detergent booster that’s supposed to get out all your stains. First, we had Billy Mays doing it after Billy Mays passed, we had his good friend takeover the infomercials, but they’re all over TV. You know, you, you can hardly watch a program without seeing OxiClean thrown in your face.

Well, now OxiClean itself is facing a massive investigation, potential lawsuits over the fact that their product may not actually do what they’re advertising it to do. Joining me now to talk about this is Scott Hardy from Top Class Actions. Scott Hardy, OxiClean has typically always been marketed to us as something that almost seemed too good to be true, and it may actually be too good to be true. Right?

When in fact, typically you’ve got to use a whole lot more than that to clean your laundry. You know, instead of just using two tablespoons, you might be using five, six, seven, eight, and when you use that much detergent, instead of getting 40, 50, 60 loads of laundry out of your box of OxiClean, you’re only going to get, you know, 10, 15 ish. So you’re not able to clean as much of your clothes as you thought you were and as OxiClean allegedly advertises that that possibility is there. You just blow through your laundry detergent.

Farron Cousins:                  Right, if you want this to do what it’s doing on the commercials, you know, where they have the tee shirt there with 30 different kinds of stains, they spray the OxiClean on, rinse it off, all the stains magically disappear. If you want something like that to happen, you’re going to have to use, you know, three or four times more of the product than what they’re telling you on the package. They say, as you pointed out, this is going to last you 65 loads.

If you want it to be super effective and really get stains out, you’re probably looking at 10 or 15 and they knew it is. And that’s why in in many of these containers they actually include a scoop that is far larger than the actual, I don’t want to call it a serving size, but the recommended load amount. You know, they give you a very large scoop and to be honest, you probably should be using the big scoop instead of the little one that comes in some of the other packages, if you want this thing to be effective.

The problem is you want it to be effective, but you also want it to do what that label tells you it’s going to do and what we’re finding right now is that those two aren’t meshing. Yes, it can do what, what you want it to do, what we say it’ll do, but it’s not going to do it in the way that we’re telling you to use it.

Scott Hardy:                          Exactly. You know, you’re expecting this, you’ve got your nice box of OxiClean, you see all the advertisements, you expect that you can just use your two tablespoons and that is going to clean up your clothes. When in fact you go, wow man, they’re not that clean. And so they end up using more and more and more and you’re not getting what was promised. And that’s what this investigation is targeting.

Farron Cousins:                  At one thing I found interesting reading through this investigation here is, is what OxiClean actually is. You know, the, the chemicals involved in this. And basically when you break it down to the, the two main components that come together to form this, sodium percarbonate, you have a soda ash, which is not quite baking soda. Little less carbon than that, but, but soda ash and hydrogen peroxide, and that’s the two ingredients that they have basically formed together.

Put that in a load, it mixes with water, it releases the oxygen, and that’s what it does. So I think that the chemical makeup here, absolutely as you pointed out, has the potential to clean your clothes. There, there’s no question about that. They’re environmentally friendly. They’re not going to destroy your pipes. It’s not going to destroy the planet. It’s a decent product.

All we’re asking as consumers and all we want to know from this investigation is, is it going to do what you’ve been telling us for 22 years now that it’s been on the market that it’s actually going to do. Again, decent product, no question about that. But you’re making promises on your label that aren’t adding up to what the product can actually do.

Farron Cousins:                  Absolutely, if anybody needs more information about this, follow the link in the description, description of this video, head over to Top Class Actions while you’re there, sign up for their weekly newsletter. Get all of these stories and more delivered directly to your inbox each week. Scott Hardy, Top Class Actions. Thank you very much for taking the time to talk with us.