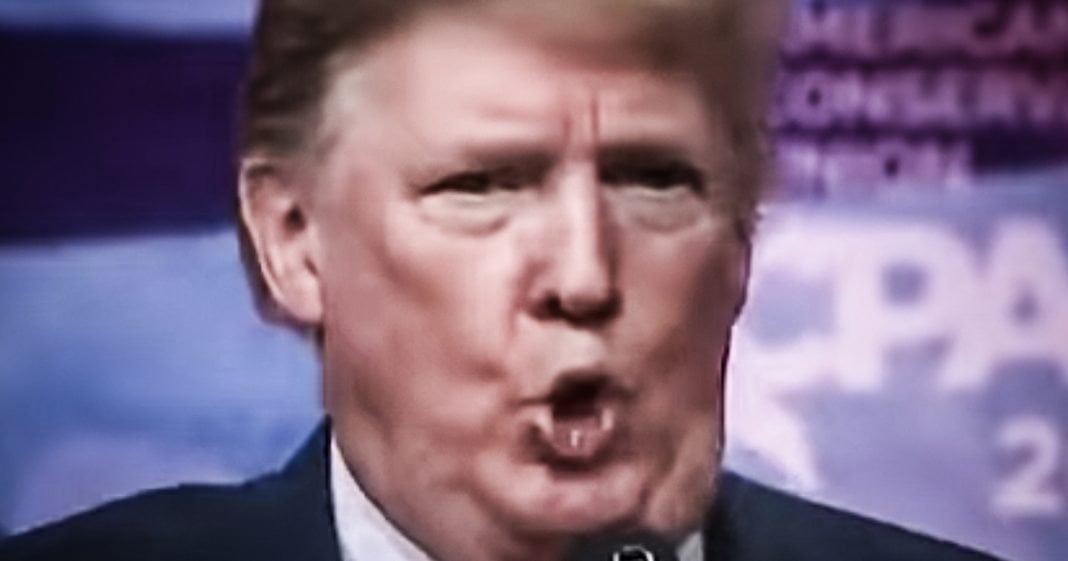 The White House announced this week that although they support in principle the efforts of many other countries to band together to fight online extremism and indoctrination, the US will not actually be providing any form of material support for the program, nor will they be enacting any protocols that may come from these efforts. And there’s a good reason they won’t get involved – it would mean a good number of Trump supporters, Republican lawmakers, and even Trump himself would be removed from online forums. Ring of Fire’s Farron Cousins discusses this.

New Zealand Prime Minister Jacinda Arden has come up with a plan and she has started a coalition that other countries are joining into to help combat online extremism. The same kind of online extremism that led to the Christ church massacre in New Zealand. See New Zealand like the US should be doing, actually takes these things very seriously. They had a mass shooting and it only took a couple days before they had legislation written to ban assault weapons in their country. All it took was one, and they’re not done yet because they know that the person who perpetrated that massacre was radicalized online. The person admitted so themselves said they loved Candice Owens. It’s so New Zealand along with the other countries including the United Kingdom, Japan, Australia, Italy, India, Germany and Spain along with companies, Amazon, Facebook, Google, Twitter, and youtube have formed a coalition to fight online extremism and radicalization and this week Trump’s White House announced that, wow, that is a really great plan. We don’t want any part of it whatsoever.

The White House tried to argue that, yeah, we, we appreciate what you’re doing, but we’re not going to offer you any kind of material support and we’re not going to implement anything you say we should implement because you know, freedom of speech here in the u s and God forbid, we don’t want to step on anybody’s toes over here by limiting extremism, hate speech, sexism or whatever it is happening online. We just got to let it flow here in the United States because that’s how laid back we are except for the fact that Trump is obviously fighting Twitter, Facebook, Google, all of these, uh, websites because they have been trying to crack down on hate speech that radicalizes people to go commit atrocities. He’s pissed off. He wants an investigation into it, but the u s diplomatically told these other countries who are trying to fix the world that, wow, that’s a great thing you’re doing.

We just don’t give a shit about it. Here’s the thing. There is a reason why the White House doesn’t want any part of this, and it’s the same reason Donald Trump is pissed off at social media sites right now and it’s because if we were to join on, if we were to implement whatever it is they say we need to implement after they finished working on this, what’s it going to do? Well, it’s going to kick a hell of a lot of Trump supporters offline. It’s going to kick a lot of Republican politicians offline, which Twitter has already admitted. That’s why they can’t crack more down on it a and here in the United States because it would catch republican too and they’d be kicked off. And it also captured the president himself who is known to retweet right wing extremists, not just from the United States, but also some from the United Kingdom as well. They’re the perpetrators of hate. They’re the ones out there peddling it. They’re helping it. They’re allowing it to grow. They’re providing it with the necessary nutrients to become this beautiful hate that helps them win elections.

It also gets people killed, gets people killed in the United States here constantly. We see it all the time on the news. We’ve just grown a little bit more numb to it now, haven’t we? But in other countries where what happens on a daily basis here in the United States is a rarity. It sparks action immediately. I’m not kidding immediately and now they want to do something about it. They want to take it on. They want to take it on globally. All they’re asking for his allies, but because Donald Trump knows exactly who his base is and why they like him, he will do nothing to stop the spread of hatred, extremism, and radicalization that he himself is helping to foster.