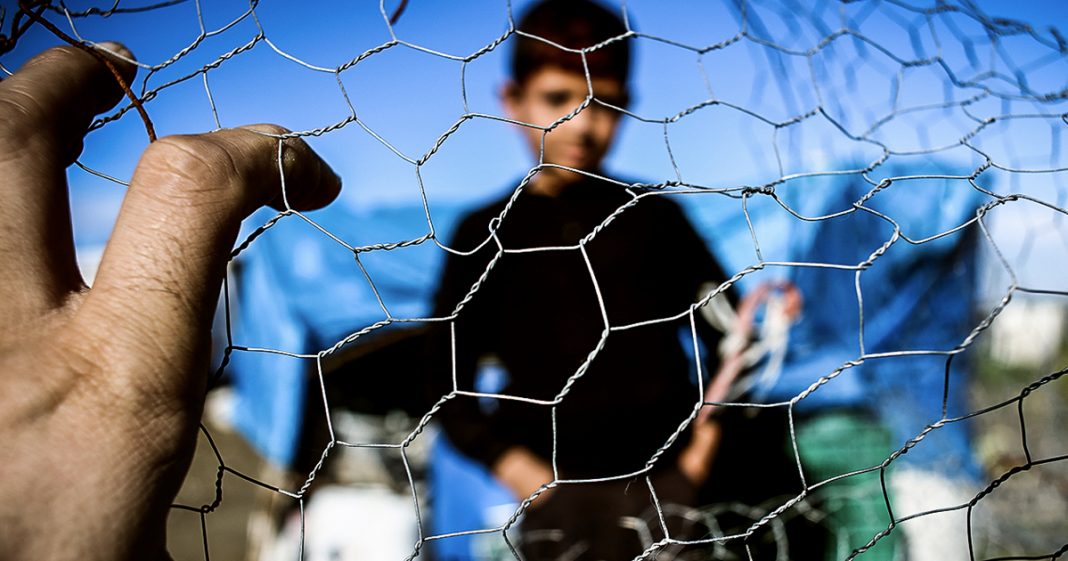 Republicans, especially President Trump, love to tell us that undocumented immigrants are coming into this country to commit violent crimes. Trump actually launched his presidential campaign on this claim. But new research and statistics prove that there is absolutely zero correlation between undocumented immigrants and an increase in crime, as crime rates remain the same even as populations of illegal immigrants rise. Ring of Fire’s Farron Cousins discusses this.

Republicans love to tell us that undocumented immigrants are coming over to the United States and just committing crimes left and right. In fact, Donald Trump basically launched his entire presidential bid on that claim, telling us that people were coming up illegally across the southern border to rape and kill us. That was their goal. Just hop in that border raping and killing their way across this great country. But as it turns out, uh, new research actually shows that that’s literally not true. And in fact, areas with larger populations of undocumented immigrants have not seen any increase in crimes, not violent crime, not property crime, nothing. So this new set of statistics, this new data put together by the Pew Research Center, the Marshall Project, and the upshot, it shows that the biggest Republican claims about undocumented immigrants, like so many other Republican claims, is an absolute lie. It’s a myth. It’s a fantasy that they created to scare people into voting for Republicans. That is 100% the end goal of these Republican lies, no matter who they’re coming from, they want more people to vote for Republicans because they want to scare you into thinking there is an imminent threat.

The others, yeah, the others, the others are going to get you, you know, many years ago and to some extent still today, the others were Muslims. Muslims are going to get ya. But now that that’s kind of died off a little bit, it’s still there, but now it’s more of the undocumented immigrants, they’re gonna get ya. They’re going to get you. As soon as you turn your back, they’re gonna shove a knife through it. Well, guess what? There’s literally no data whatsoever that supports that claim. In fact, all of the data points to the opposite because in some of these areas that have seen the biggest growth and undocumented immigrants, do you know what happened? According to Pew Research Center in Marshall Project, uh, crime actually went down. It went down. So those areas with more undocumented immigrants are actually seeing less crime than ever now.

And do you know why? Sure. There are some bad apples that crossed that border. There’s plenty of bad apples that were born right here in the United States. Most of the crimes we hear about on the news, yeah, those are home grown psychopaths here in the United States. Not undocumented immigrants, but for the most part undocumented immigrants, and understand that if they do something, if they steal a car, if they get into a fist fight on the street, if they do anything that’s going to get them arrested, they’re gone. They’re going to be deported. They’re going to be sent back to a country that is likely far more hostile than what they’re experiencing here, and it’s not worth the risk to them. Republicans always leave that part out, you know, thinking that, oh, they’re just coming up here again, raping and killing. When in reality they’re trying to escape the raping and killing that’s going on in their home countries raping and killing.

By the way that the u s has fostered with horrible policy towards central and South America for decades, they want to escape that. They want just a peaceful, happy life. They’re not coming over here trying to steal your job. They’re not coming over here trying to steal your car. They’re coming over here trying to make a better life for themselves, make a better community. And according to these statistics, they’re actually doing a damn good job of that. Republicans are lying about what undocumented immigrants actually do when they come over here to the United States. And my hope is that every Democrat out there running for president, House, Senate, dog, catcher, whatever it is, this year, and next, talk about these new reports. Talk about these statistics and educate the public on the fact that undocumented immigrants are not making this country any less safe.