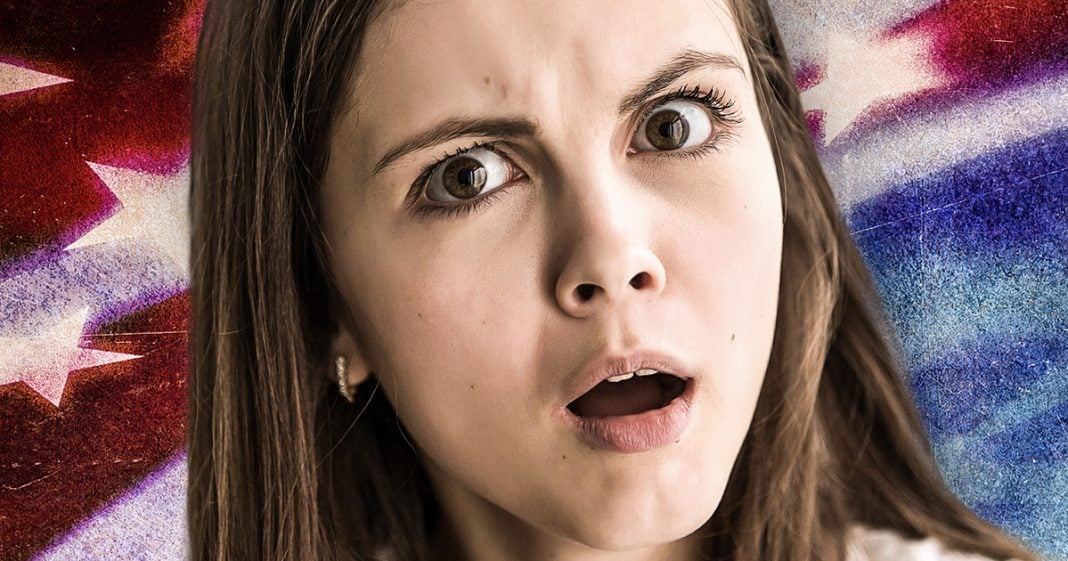 There’s no question that there are generational differences in the United States, but those differences have hit a new high in recent years. The younger generation is seeking fundamental, radical change in this country, while the Baby Boomers who run the country are trying their best to fight it. There is a lot to understand about what’s happening, some of it that is actually beyond our control. Ring of Fire’s Farron Cousins discusses this generational “war” and why there’s plenty of reasons to be hopeful for the future.

The growing generational divide here in the United States is going to be on full display, not just in the 2020 election, but essentially throughout the campaign. In fact, rashly already seeing it right now what you have is you have the baby boomer generation who for the most part, again, not all of them, but for the most part, they’re kind of fearful of change. They are okay with the way things are, don’t think we should do anything too dramatic or radical to upset the system and let’s just kind of keep going with what we’ve got and we can make small tweaks here and there and find some common ground and just keep on sale and smooth. And then you have the millennial generation who say, you know what, and gen X, to be honest, uh, things are pretty much been screwed up since we were born. We’re dealing with these horrendous school shootings on a weekly basis, sometimes even more frequently than that. We’ve lived our entire lives already seeing the effects of climate change and you guys have done nothing to fix that and we’re just 12 years away from the worst effects of it. We can’t afford healthcare. We don’t have unions to protect us and fight for higher wages. We need to increase the minimum wage. It took you baby boomer generation only 306 hours of work at minimum wage to afford four years of college. It takes us 4,500 hours of work to afford a four year degree. So we’re saddled with hundreds of billions of dollars in student loan debt. So yeah, we don’t want incremental change. We don’t want to sit down and talk about things for years and years and then maybe do something kind of that fixes a little bit of the problem. We want to blow it up now. We want to fix it, we want to change it and the only way to do it is to just yank that bandaid right off and get it over with.

I am a millennial. I am on like the upper tier of that a generation. But technically by definition I am one of them. And I do agree with him on this. And again, please, it’s not all baby boomers. I see plenty of them on social media out there being activists in the media who want this same thing. But unfortunately the people who control the way things are right now, Congress, the Senate White House court systems, most of them are baby boomers and most of them are terrified of change. And part of the reason for that one, they make a lot of money the way things are, they don’t want to blow it up. But to fear of change is something that naturally happens to human beings as they age. There are plenty of studies that confirm this as age as we get older, our bodies, our minds do not, uh, there are no longer able to do the things they were used to do. And as such, people become a little bit more fearful. You know, I can’t do what I used to do. I’m more frail, I’m more fragile.

And so they start to fear change because change could hurt. It can hurt psychologically. It could hurt physically. That’s what happens to humans as the age. There’s not a whole lot we can do about that. That’s part of our human nature, part of our psyche. But to those in the boomer generation who have avoided getting into that, we need your help. The millennials need your help. They know what they want. We do have politicians out there running for president right now, Sanders, Warren who support the things that we need. Not just want but its needs for this country. But then you’ve got the king of the boomers right now, Joe Biden leading the pack. Joe Biden’s not offering anything to fix a single problem that the millennial generation is facing. There is not one proposal or policy from Joe Biden that would fix these problems that this generation that is actually equal in size to the baby boomers are facing and yeah, guess what, baby boomers face these problems too. They’re just a little too afraid to do something about it, but we can’t be afraid anymore and we can’t let the baby boomers take us down this path of doing absolutely nothing because time’s running out. People are dying in this country every single week because they can’t afford their medications. They can’t afford healthcare. Go Fund me is not a viable health care plan. More and more people are going to be dying every single year as a result of increased pollution and the devastating effects of climate change. More people are going to be choosing to not go to college, thereby limiting their earning potential for the rest of their lives because they can’t afford it. So we’re going to see a poverty problem start to pick back up in this country.

And what does Joe Biden, the boomer king out there doing? Are you saying, let’s find middle ground on these issues? Let’s talk about positives. Let’s be nice and friendly. Let’s work with Republicans. Republicans and boomers are the ones who put us in this situation in the first place. Boomers are the ones who put Reagan in office, who killed the unions with a f, which effectively destroyed the middle class in the United States. Go back and look at the charts, right? Once we started all this union busting as federal policy, the middleclass started disappearing in the wage gap between Ceos and workers started growing. That’s what happened. There is a direct correlation between those two things, and Reagan was the king of the boomers, King of the Yuppies, right? Same thing with climate change. Could have done something years ago, these boomers, but they chose not to. Same thing with healthcare. Sat on their hands for decades doing nothing. While pharmaceutical companies increase the prices of the other drugs by 50000% every two years, boomers aren’t the solution. They’re not.

Yeah. At least most of them aren’t. There’s a lot of good boomers out there. There’s a lot of good millennials out there, and if we all work together than 100% we can create the kind of country that is needed to essentially survive for the next 10 2050 100 years. But if we don’t do that and we elect somebody who just says no, things are good the way they are, let’s all work together, right. We can figure this out. Yeah. The mealy mouth platitudes, that’s not going to get us anywhere. We need to be.