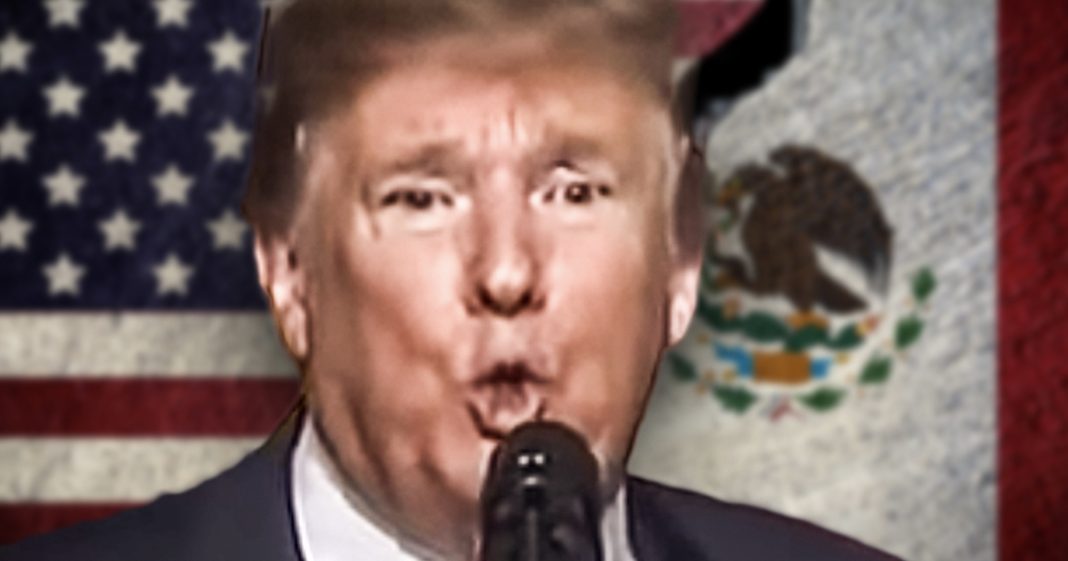 The states suing Donald Trump over his phony national emergency and desire to use Pentagon funds to construct his border wall will be heard in court today, as a judge is set to begin hearing arguments about why the President can’t just take money earmarked for something else and spend it on his border wall. This should be a relatively easy case for the plaintiffs to win, considering the fact that Trump can’t just take whatever money he wants, even if he has declared a national emergency. Ring of Fire’s Farron Cousins discusses this.

Well folks, today is the day 20 states that are suing Donald Trump over his fake national emergency and his, uh, basically a money grab to take money away from the Pentagon and from other programs and put it towards construction of his border wall. It’s getting its day in court today. And while we’re likely not going to get any kind of ruling today, possibly not even next week, what this means is that it is finally moving forward. And if a ruling comes down fast enough, could put an end to Donald Trump’s theft of all of this money that was earmarked for other programs. And when I say it could put an end to this, I mean that Trump’s a little power grab here has virtually 0% chance of succeeding in court. That’s just the God’s honest truth. Why? Well, for multiple reasons. First and foremost, these states are out there arguing, which is actually what Congress should be doing.

I don’t know why they’re not, but nonetheless, these states are having to make the argument that the president’s fake national emergency and this money grab violates the separation of power clause within the U s constitution. Really right there. That’s all you need. Congress has the power of the purse. Donald Trump as attempting to use syrup it with his national emergency at the southern border. That doesn’t exist. That’s the end. The end case closed rule on it. Move on. Trump can’t do this. Right. That’s how it should be, but okay. Even if that’s not enough, then what does Donald Trump’s national emergency for border wall funding actually mean men can do in reality, really not much at all. I know he just got another 1.5 billion that he’s taken, you know, from here and there within the Pentagon and from other programs, you know, housing for a troops on our military bases.

He’s taken money away from that, but even that, he’s actually not even allowed to do with out congressional approval. See the one thing this man and pretty much I guess everybody in his administration don’t understand, is that you can’t just declare a national emergency and then every dollar the federal government has is yours to spend on whatever you want. Congress still has to approve it. Even if you’ve declared a national emergency and if you want to take the money from the Pentagon. There’s also caveats with that because in order to do that, you have to have the military itself according to the rules be the ones to carry out the project, which means we would have our own troops down. They’re constructing the border wall, which isn’t happening. What they’ve done instead is they’ve started hiring out contractors awarding millions of dollars here, millions of dollars to this group to all go out there and start construction of this border wall.

Even though the issue is still technically up in the courts, Trump believes he is above the law. Part of that is because he’s insane. The other part is because this man is honest to God, too stupid to know what the law is. This is what happens when you put somebody in the highest office in the land who hasn’t even spent a day in their lives learning about politics, let alone being inside of it. Even the dumbest member of Congress understands the separation of powers. They may pretend like they don’t while they’re defending this idiot, but they understand that it’s there and they understand what it means and they understand the limits of what each branch can do. Trump doesn’t even know that, and he surrounded himself with the dumbest people he could find so that they either didn’t know it too, or they were too terrified to stand up for the man pissing all over the u s constitution.