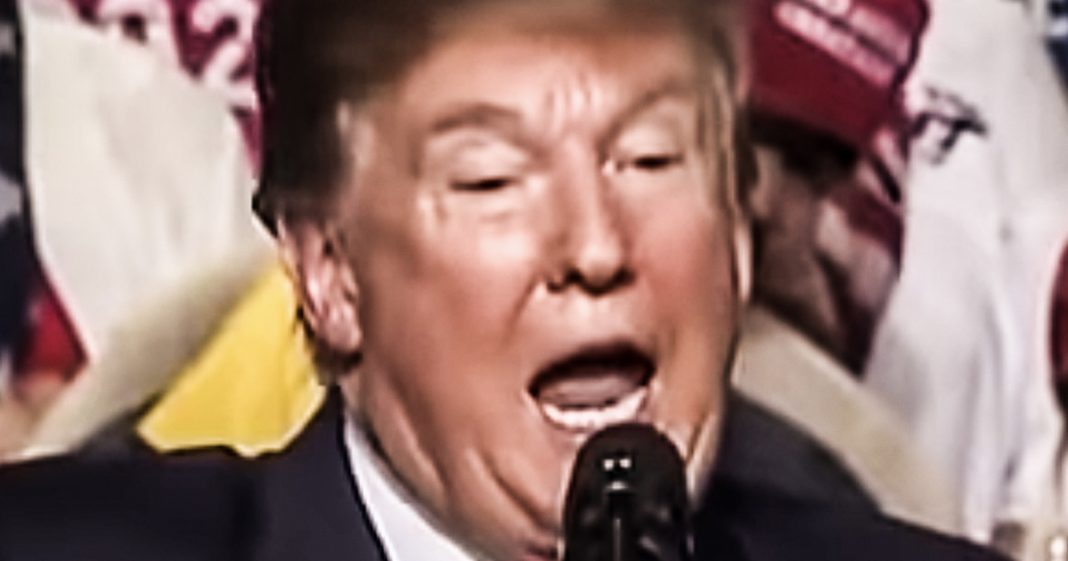 Even though the credible people who used to work at the Justice Department said that there was no spying on Trump’s campaign, the President and his Attorney General William Barr continue to insist that spying took place. We already know the truth – members of Trump’s campaign who were under investigation were tapped, but that’s it. This was done legally, but Trump is now screaming that he’ll put these people in jail for a long time. Ring of Fire’s Farron Cousins explains what’s happening.

Donald Trump’s descent into madness continued this morning with the rather interesting Twitter rant that the president went on a earlier this morning. He tweeted out the following, he said, my campaign for president was conclusively spied on nothing like this has ever happened in American politics are really bad situation. TREASON means long jail sentences and this was TREASON. Both those trees and words, all caps, exclamation point. At the end of it, it’s treason folks, and he is conclusive that his campaign was spied on. Now, as we have discussed multiple times in the past, there is no evidence whatsoever to suggest that the campaign of Donald J. Trump for president 2016 was spied on. In fact, it was not spite on that. That’s actually been confirmed. There were people working in Trump’s campaign who were under FBI investigation at the time. They were surveilled, they were spied on, they were wired, tapped, whatever you want to say, and it was good reason for that.

And all of that was done legally with FISA warrants. The court approved them. It was perfectly legal to do so. But what’s happening right now, and again, I mentioned that descent into madness because that the, that’s all this is, this is further proof that the president is mentally unstable. He’s out there telling us conclusively his campaign was spied on, and yet there is no evidence whatsoever to suggest that in all of the, uh, intelligence actually says the exact opposite. The only person who doesn’t say the exact opposite is Donald Trump’s attorney general. William Barr Barr told Congress, told the media that I’m pretty sure he was spied on. And then he had to backtrack that a little bit and say, I don’t, I don’t have any evidence to back that up. He said that, he said, I don’t have any evidence to back this up, but Trump ate it up.

And Trump loves that. And Trump loves Barr. Now he’s loved Barr since he nominated him. But nonetheless, these two buddy buddies here are out there lying to the public saying they were spied on. And you go through and look at the responses to that tweet Donald Trump sent out and you see that his rabid supporters actually think it happened. They’re out there right now calling for Eric Holder to be locked up, Loretta Lynch to be locked up, Obama to be locked up, still calling for Hillary to be locked up cause they can’t move on. None of these people in this particular instance, did anything wrong. It’s been looked into. It’s been decided. It’s been confirmed by the people who were in charge at the time, even at the intelligence agencies. Those people love to spy, but they didn’t. In this particular instance, the president understands that he is in trouble because of the new, uh, Michael Flynn revelations that came out this morning. So he’s panicking, he’s freaking out, and he’s trying to freak out his base in the process so that he can be reelected. The public’s not buying this nonsense, but as bases, and as long as they keep responding to his tweets saying, greatest president ever Hashtag lock her up. Then he’s got to keep doing it. We’re going to deal with this insane human being sitting in the Oval Office tweeting this country into utter craziness.