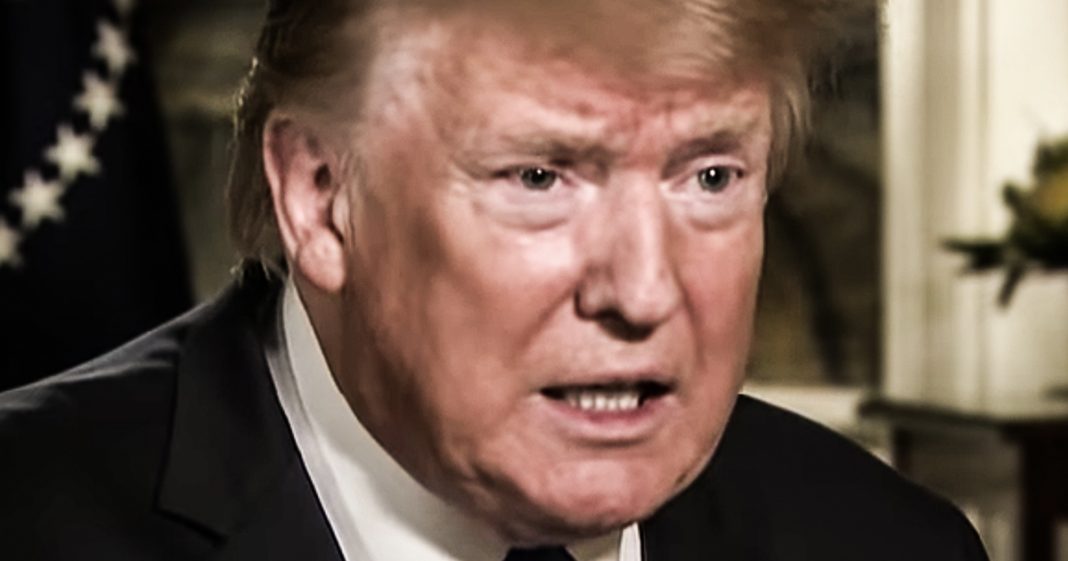 A majority of Americans believe that Donald Trump is a very successful businessman. But once they are presented with his actual business record, they quickly change their tune about how successful he really is. Trump is a myth, and unfortunately the truth didn’t come out before the 2016 election, and that’s exactly what he intended. The man has been a fraud his entire life, and once people realize that they no longer like what they see. Ring of Fire’s Farron Cousins discusses this.

I knew Politico Morning Consult poll has some great news for Donald Trump. It also has some really bad news for Donald Trump too though, but first, let’s start with the good news. The good news is that according to this new poll, 54% of people in this country, including 85% of Republicans and 30% of Democrats, 54% overall believe that Donald Trump is a very successful businessman. Now, that’s the good news. The good news is 54% say, hell yeah, this guy’s a good businessman. Even if I don’t like him as president, he’s great at business. The bad news for the president is that once these same people are suddenly presented with your actual business record, including that recent New York Times article showing how you lost more than a billion dollars and you were technically the biggest loser in the United States for a couple of years. Once they see that the numbers drop, the number of drops to 42% of people in this country who are willing to say you’re a good businessman.

So a 12 point drop among those polled. Once they learn the truth. And this story got me thinking a little bit here. You know, we have talked extensively as has pretty much everybody else in this country about Donald Trump and his tax returns, which we’re about to blow past another deadline and nothing’s going to happen because we don’t do anything when they ignore these subpoenas. But nonetheless, I think one of the main reasons Donald Trump wants to keep his tax returns hidden. One, there’s likely some financial crimes in there. We already know that he has been implicated in it, but two, I think the main reason Donald Trump wants to keep those tax returns hidden is because it destroys the myth of himself that he has spent his entire life creating. Donald Trump’s not afraid to break the law. He is not afraid of people having the impression that he broke the law.

Honestly, he doesn’t care about that. What he does care about is people thinking that he’s great, that he’s wealthy, that he is the most successful person that’s ever lived in his tax returns would tell us a different story. And we know that because the few that a report has gotten a hold of like the New York Times have shown that they, they’ve shown that he sucks. He’s really actually pretty bad at business. The multiple bankruptcies he’s had from all the failed businesses, he’s tried to start Trump airlines, steaks, a university, everything this man touches has turned to absolute garbage in his tax returns reflect that. But on the outside, on the surface, he has spent decades crafting this image very carefully of a man who is overly successful. Everything he touches turns to gold, including his toilet. And that’s why he wants these tax returns hidden. Donald Trump is more afraid of people knowing the truth about how unsuccessful he is than he is of going to prison.

And that’s what happens with the level of narcissism that he has. It’s all about image. He would rather sit in jail for a few years stewing and telling us all that it was a witch hunt than have a single person in this country suddenly realize that his entire life has been a lie. And that is why he wants to keep those tax returns. Secret, and that is one of the biggest reasons why Democrats cannot let him continue to hide them. We need to know the truth. The electoral college put a man in the Oval Office, not a myth. So let’s find out if that man can live up to that myth that he has spent his entire life carefully crafting for himself. I’m willing to bet he can’t.