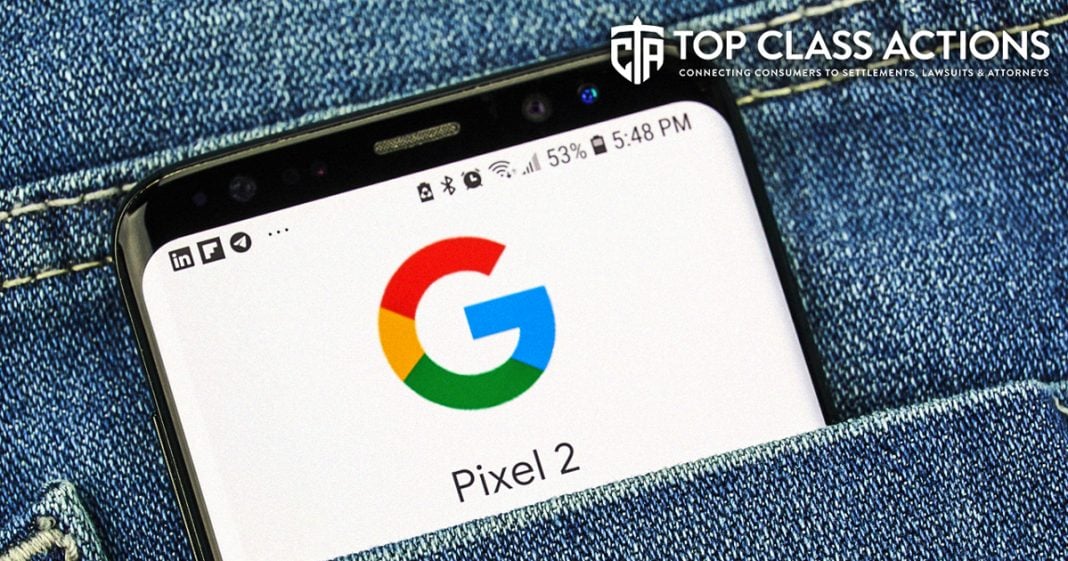 Google and a group of consumers have reached a $7.25 million settlement to end claims that Google’s Pixel phones have defective microphones and speakers. Allegedly, this problem prevents consumers from making phone calls, or making voice commands via Google Assistant and other features. The plaintiffs claim that Google was aware of the defect but sold the phones nonetheless. They say that Google did not provide consumers whose phones were affected by the defect with a replacement or refund for their defective phones. Ring of Fire’s Farron Cousins discusses this with Scott Hardy from Top Class Actions.

Farron Cousins:                  Recently, Google agreed to more than $7 million in a settlement for Google Pixel phone users who alleged that the company knew that there was a defect with the audio in the phone, yet did nothing to stop it or fix it. They allowed consumers to buy these things knowing that it wasn’t going to work properly.

Joining me now to talk more about this settlement is Scott Hardy from Top Class Actions. Scott, recently we’ve talked a lot about, you know, faulty cell phone’s audio issues. You can’t hear, they can’t hear you. Google Pixel phone, at least the ones involved in this settlement here, seems to be a little bit of the same story, isn’t it?

Scott Hardy:                          Right, it exactly is. This is an issue where there was some kind of manufacturing defect, that’s what’s alleged in the, in the class action itself. And that that defect is what caused people to have these microphone problems. And of course, with any kind of technical issue like this, you have a lot of people calling in and you had a lot of people that are saying, no, this isn’t our problem.

Oh, it’s not our fault. And then finally went, yes, this is a problem. But of course, Google didn’t actually take ownership of it, and they were charging people for the repair of their phones if they wanted to get their phones swapped out for one that didn’t have this defect, that they’re having to pay insurance or they had to pay completely out of pocket.

If you, so, and that could be up to $350 for people who experienced the defect multiple times, as you said, they could get up to $500. I was talking with a friend about this yesterday and they actually swapped, had three Google phones and I went, man, this is awesome and you have to swap those out. And he said, yeah, I had to swap them out.

I said, great, get your paperwork. He said, well Scott, I don’t have my paperwork. I said, man, do some research on this. Check your files. You’re, he’s a computer geek himself. So I said, you know, do your digging through emails. You’ve got to have something that you can do that you can submit to the settlement administrator to hopefully get 1500 bucks back.

And this is completely worth your time. And this is a very common issue that you and I have talked about where a lot of these settlements, you know, 20 bucks is 20 bucks. That’s great. But if you can spend a little bit of time, spend 15, 20 minutes of time digging through your records, digging through your emails and getting up to $500 per claim, that is real money.

Farron Cousins:                  And for anyone who thinks they may not have their paperwork, depending on your provider, they usually will have a history of which devices that you’ve had associated with a phone number or whatever it is. You know, even if it is through Google. So check back through your, you know, personal accounts there. Make sure you go through all the settings. You know, see if there’s any kind of history there. And if you can’t find it yourself, call in.

They do have records of these things. You can get that information, may take a little bit more time. But again, if you’re one of the people who could be eligible for $500, I would say a 20 minute phone call, 30 minute phone call even as frustrating as it may be, it’s still probably worth getting your $500 in that particular instance. So do make sure to do your due diligence on this.

If you don’t have the paperwork handy, you can get ahold of it one way or another. Go back to the store where you purchased it. They typically do take your information, they have your records. Whatever you got to do, arm yourself with this knowledge so that you’re able to qualify for this particular settlement. This is Google. This is more than $7 million. Consumers definitely don’t want to miss out on this, do they?

Scott Hardy:                          Exactly. Don’t want to miss out. Now claims are not being accepted yet, but we should, that should be up within the next couple of months. So you want to, of course, sign up for our free newsletter and we’ll make sure to notify you as soon as that happens.

Farron Cousins:                  Absolutely, and for more information on this, follow the link in the description of this video, and as Scott just mentioned, sign up for their free newsletter. They will let you know as soon as they start taking in claims for this particular case. Scott Hardy, Top Class Actions. Thank you very much for talking with us.