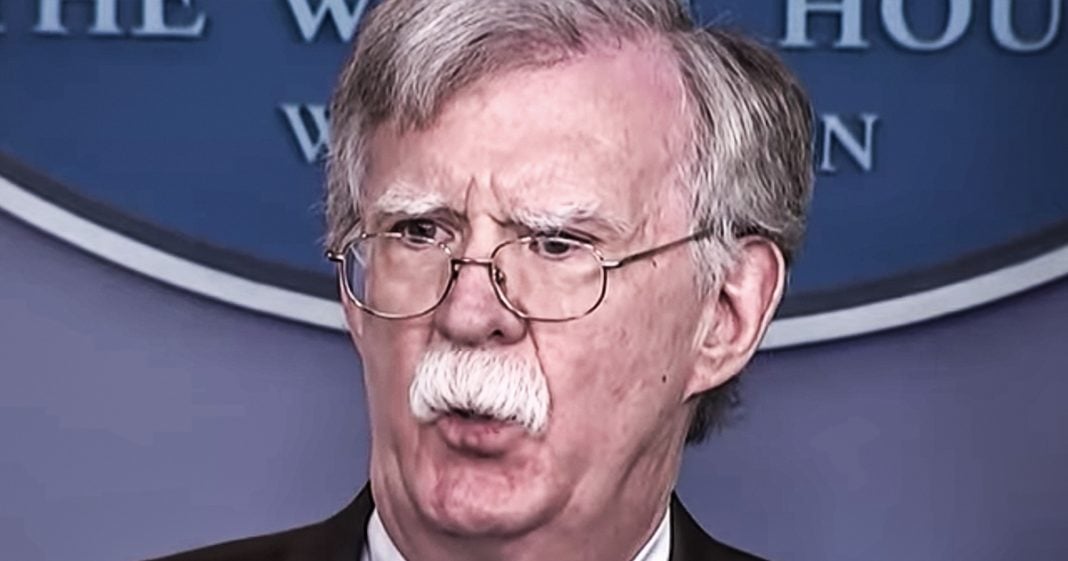 The Trump administration claims that the threat from Iran is growing in the Middle East, and that’s why we may need to go to war against the country. Nothing could be further from the truth. Foreign intelligence and military members have said that this threat is overblown, and retired experts in the US are saying the same thing, but that hasn’t stopped this administration from ramping up their preparations against Iran. Ring of Fire’s Farron Cousins explains what’s happening.

I am fortunate enough or you know, depending on how you look at it on fortunate enough to have been doing this for a very, very long time, over a decade and a half at this point, I remember not just the run up to the Iraq war, but as we got a little further into it and the information started coming out, showing, proving without a doubt that the administration lied us into that Iraq war. They were fixing intelligence based around their predetermined policy. Everything eventually came out. We covered it extensively did the whole time and that’s why it’s so disturbing right now to see the Trump administration doing the exact same thing with Iran.

There is no evidence whatsoever to suggest that Iran is more of a threat today than they were yesterday or last week or even six months ago. And that’s not my assessment. That’s actually coming from military and intelligence officials across the globe, including some of those here in the United States. They have told us in those exact words that the threat from Iran has not increased and it’s not even that great to begin with. And yet this administration is telling us that they want to attack our oil tankers over there. They may have been the ones who sabotage those Saudi oil tankers over there, and we’re not going to have that because an attack on our allies is an attack on us. Donald Trump, after news broke saying that, uh, John Bolton concocted a scheme to send 120,000 US soldiers over there. De Trump says, no, no, no. That’s fake news. That’s absolutely fake news. Now having said that, hell yeah, do it. In fact, I would send a lot more minus the hell. Yeah, that’s exactly what Donald Trump said. He said, oh, that’s, that’s not true, but I do want to do it. And in fact, I actually want to send more than that show. He’s lying about his own lies. And John Bolton is the man behind the curtain pulling all the strings there. He is the puppet master in all of this, trying to fix the intelligence, trying to lie to this administration itself. Then get them to sell the lie to the public so that he can have his war with Iran.

What’s happening right now is that, you know, we’ve got the big aircraft carrier sit right off the shore there in the Gulf. We’re sending planes over doing low flyovers. We’re basically just sitting there threatening ran and the reason they’re doing that as one because they know that their justification for an attack right now is very weak and there is no evidence to support it. Other countries are not happy that we’re doing this because they see that this is a mirror of what happened with Iraq. They don’t want it to happen, but we’re flying these planes over. We’re leaving our ships over. There were goading them into attacking us because the second they do, suddenly you don’t need the false premise of, oh, they might attack our oil tankers. Are Saudis’ oil tankers or anybody else’s oil tankers? They attacked us directly. That is inactive war. Here we go, ladies and Gentlemen, hundred and 20,000 troops to start and we’re in this damn thing that can’t happen. But this administration is doing everything within their power to make sure that it happens and the media is not doing a good enough job. Just like with a rack of calling them out for their blatant lies to the American public.