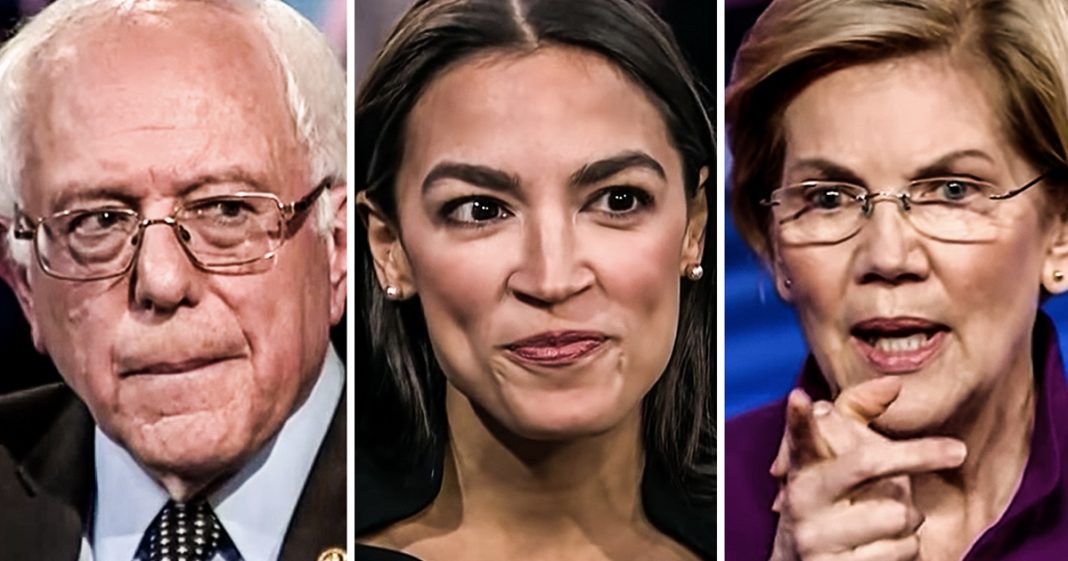 Some of the more moderate Presidential candidates – like Joe Biden – tell us that we need to moderate our stances to appeal to Republican voters. But poll after poll shows that Democratic Socialist policies are popular among majorities of ALL voters, showing that the REAL way to win over Republicans is to offer policies that will improve their lives. Ring of Fire’s Farron Cousins discusses this.

Recently, former vice president Joe Biden said, what might be one of the dumbest things we’ve heard from any Democratic presidential candidate while on the campaign trail. See, Biden said that when Trump leaves office, Republicans are going to have an epiphany. And after that epiphany, they’re going to start working with Democrats. We’re going to once again see cooperation between Democrats and Republicans, everybody reaching across the aisle to give high fives and hugs and handshakes. That’s the kind of world that Biden envisions. But he says the only reason we’re not there is because of Donald Trump. Now, I don’t know if Joe Biden wasn’t paying attention for even a split second during the eight years that he was vice president. But his comment would certainly give us that appearance because after all, Biden and Obama were the victims of what was statistically the most obstructionist Republican Senate and Congress in the history of this country in history.

And that’s according to statistics by the numbers. Yep. Obstructed everything you did. And I don’t remember seeing Trump a anywhere near that. That’s just who the Republicans were. And yet Biden is consistently out there telling us we have to reach across the aisle to Republicans. We can’t get too far left because we got to placate these moderate Republicans. Why I have news for Joe Biden and that news comes in the form of the latest round of polling and that latest round of polling says, Oh, guess what? Those democratic socialist ideas being pushed by people like Bernie Sanders and AOC and Elizabeth Warren, they’re actually hugely popular among Republicans. The latest round of polling shows us that the recent proposal put forward by Alexandria Ocasio-Cortez and Bernie Sanders, two cap credit card interest rates at 15% is hugely popular amongst all American citizens, including a vast majority of Republican voters. Here’s the numbers. 70% of Republican primary voters in 73% of democratic primary voters said they either support or strongly support the proposal.

Over 60% of respondents who don’t plan to vote in the primaries also said they support it. So overall, that’s about 68% of people in this country saying, hell yeah, we supported. Only 13% of Republicans say they don’t support it. Only 7% of Democrats say they don’t support it. How many more of these poles for these hugely progressive anti corporate policies do? People like Joe Biden need to understand that the public doesn’t want a mealy mouth candidates saying, oh, I want to make everybody work together. They want policy proposals. They want things that they know are going to make their lives better, and that is why the polling shows that not just this credit card interest rate cap is popular among Democrats and Republicans, but why things like student loan forgiveness are popular amongst majorities. Medicare for all increasing the minimum wage to $15 an hour banning corporate money from politics is hugely popular amongst every single party in this country. All of the agree new nail, hugely popular. The list is endless folks, but the thing is every single one of these progressive policies, very progressive policies, democratic socialist policies are resonating with Republicans.

I don’t think I need to spell it out for you anymore, but I’m going going to go ahead and do it. Here it is. You want to attract those Republican voters over to your side, the democratic side. Keep going with these policies because they like them because they understand that these policies are going to make their lives better. They don’t want platitudes. They don’t want hatred and anger. They don’t want vote for me because I’m not Trump. What they want are people coming forward saying, I’ve got a plan and it’s going to increase your, your quality of life by x amount, and I can show you right here on paper. Let’s do the math together. Let’s look through this proposal together. Here’s what you’re paying now. Here’s what you would pay under Maine. You tell me which one’s better, and it’s always going to be the lower number, and that’s what’s going to be included in these democratic proposals. So stop it. Stop saying we have to move closer to the center to get the Republicans. Nothing could be further from the truth. We have to move left to pull the right over to our side, and every single poll for every one of these policies absolutely proves that.