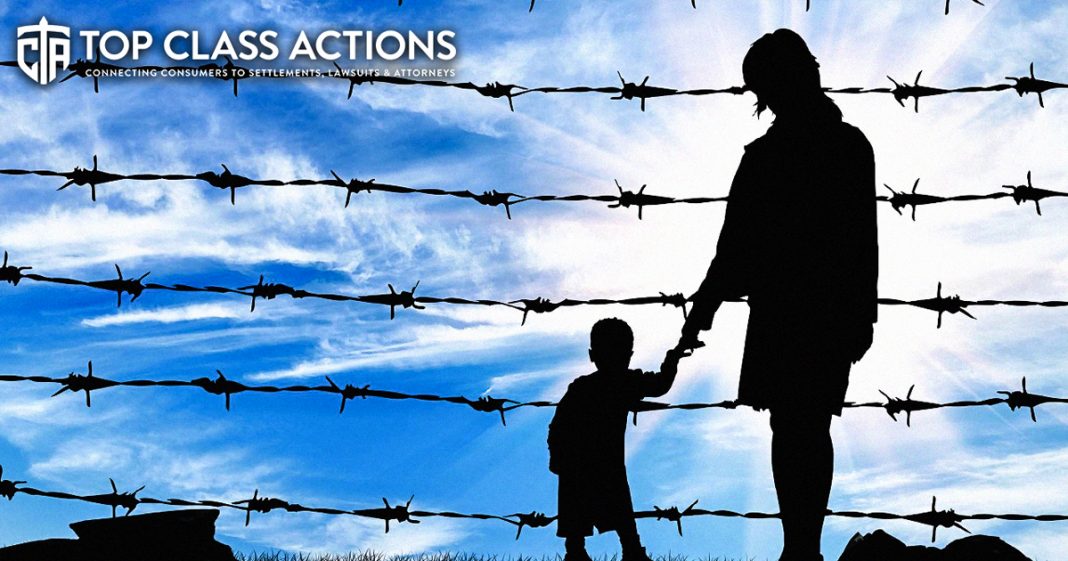 Immigrant detainees may have been forced into working for $1 a day or less while detained at CoreCivic detention centers. CoreCivic is a for-profit prison system that also runs immigration detention centers that allegedly uses its immigrant detainees to cook for inmates, clean facilities, and do laundry, in addition to other work. Several former detainees have taken legal action against CoreCivic for allegedly forcing labor through threats and punishments. Ring of Fire’s Farron Cousins discusses this with Scott Hardy from Top Class Actions.

Joining me now to explain what’s happening is Scott Hardy from Top Class Actions. Scott, you know the story of what’s happened down there at the border. The first time it came out, you thought, my God, it doesn’t get more disgusting than that, and then sure enough it does. And then you say, well, that’s gotta be it. It’s not going to get worse than the family separate. No, no, no. It’s going to get even worse because now we’re learning that these private prison corporations, CoreCivic specifically, might actually be using these migrants as just a cheap form of labor in their camps. Take it away for us here.

Scott Hardy:                          Right and this should really upset every single American, whether you’re red, whether you’re blue, Republican, Democrat, libertarian, it doesn’t matter because what this company is doing is they’re taking your money and they’re pocketing it and then there are using these immigrants as forced labor. Now, some people might go, oh, come on, they’re immigrants who are here illegally anyways, I got to pay for it. Let’s have them work off some of that labor.

Hey folks, guess what? You’re paying for it and they’re not working off any of that. That money is going straight back into CoreCivic’s pockets. In the tune of one of their, one of their labor, I don’t want to say a labor camp that’s not quite right, but one of their for profit prisons where they’re holding these illegal immigrants is getting paid $100,000 a day by the US government. So they’re taking $100,000 a day to run this prison system and everything in it. So they’re taking that money and, you know, paying their staff and maybe paying people to do things like mop the floors, clean the sheets, prepare food, you know, just the, the day to day things that you would have to do in any environment like that.

But instead of hiring people to do it, Americans for example, no, they’re, they’re using the detainees and they’re giving them that blessed option of, hey, you can either sit in your cell 23 hours a day or you can work for a $1 a day and get out of it and do these things that we should be paying actually Americans or people who are here illegally for because they’re getting paid to do it. No, they’re saying you need to go ahead and get out of your cell and do it and we’ll pay you a buck a day for it. And all of that extra money they’re pocketing and it’s going straight back to CoreCivic’s shareholders.

Farron Cousins:                  And what we have to understand about this too is that not only are they forcing them to work for a dollar a day or less, in some instances, if they choose to not do this forced labor, they get punished for it. They get threatened for it. You know, these are people who came over here to the United States. They have absolutely nothing. They are, many of them seeking asylum, most of them women and children, and they’re being threatened according to the investigations. They’re being threatened if they won’t go and cook food for 1600 people and then get a dollar at the end of the day.

I mean, you know, this is unfortunately commonplace among these private prisons. You know, not just with migrant detention facilities. We see things like this happening in private prisons all over this country, not just CoreCivic. So why, I don’t even understand why we would give them a contract as a country to do this for the, for the immigrants when we know how horrible their record has been with just regular United States, homegrown inmates, it’s disgusting. It is a repeat pattern of behavior that they do every single time they get a little bit of money from the government.

So how are they going ahead and being forced to work when this company is being paid to do it and just, just pocketing, you know, wheel barrels full of cash instead of paying American workers to do these things. Shouldn’t, you know, everybody be upset about that? You’re talking about this immigration crisis and how these immigrants are supposedly not, are, are taking jobs from regular hard working Americans. Well hey, yeah they are, and this company is forcing them to do it. You should be mad about that too.

Farron Cousins:                  Absolutely. So right now, as you said, you know, obviously there are lawsuits filed but there still a lot of investigation that has to be done in this particular issue. So, so what are the attorneys out there, what are they looking for right now? Who do they need to come forward at this point?

And so like you said, this is an active investigation where these folks are, are, are digging in to the CoreCivic facilities around the country. And so if you worked there, if you were detained there, if you had a relative that was detained there or a friend, submit their information so the attorneys that are handling this can, can help you hopefully get some justice.

Farron Cousins:                  Absolutely, and for anyone who might meet those criteria or know anybody that might meet any of those criteria, follow the link in the description of this video. It’s got everything you need about this particular case. All the info is right there. Please do help pass it along. Let’s make this happen and let’s put an end to this practice. And don’t forget, you can also subscribe to the Top Class Actions newsletter. Get all these stories and more delivered directly to your inbox every week. Scott Hardy with Top Class Actions. Always a pleasure talking to you.