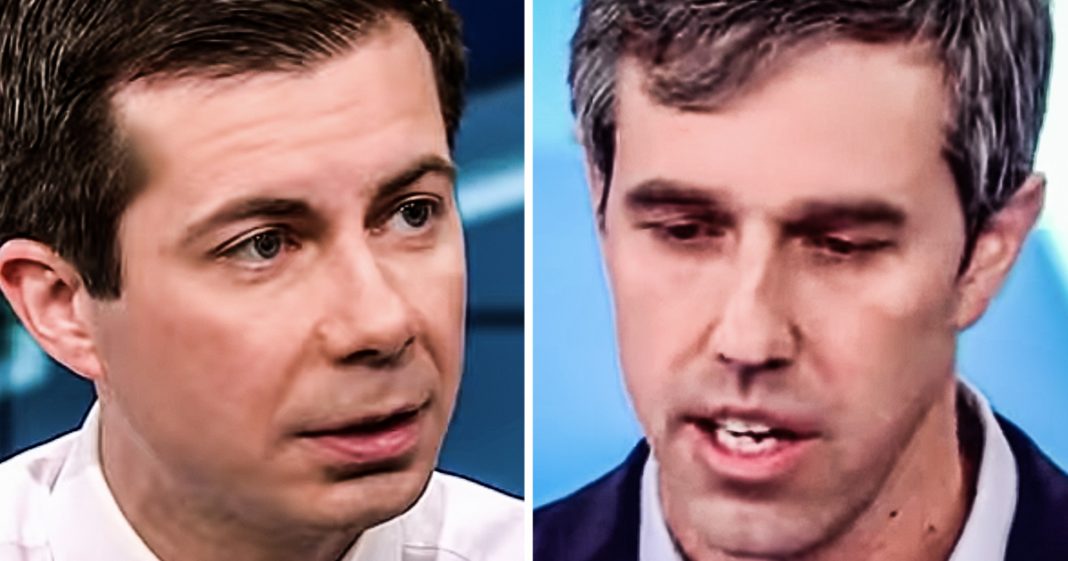 Whether it is hyping up someone who has no chance of winning the nomination, or presenting skewed polls that aren’t even reliable, the media has done a horrible job covering the 2020 Democrats running for President. Biden has received more coverage than all the other candidates combined, yet he can’t offer a single policy proposal. Beto O’Rourke was the media darling just a few weeks ago, and now he’s completely disappeared. Ring of Fire’s Farron Cousins explains why this coverage is so awful.

Right now. I think we’re up to what, 23 different Democrats running for president, uh, in 2020, only about 48 days at this point. 49 I believe, from the first debate. After that, we’re going to see a bit of a thinning of the herd. Some people are going to drop out. They’re going to realize, wow, I can’t hold a candle against a this person. I’m done. People hate me now. I did horrible at the debates. Whatever it is, they’re going to start dropping out. But one thing, regardless of which, of those 23, 24 people you support right now, one thing I think we can all agree on is that the media coverage of all of these people and the race itself has been complete and utter garbage. It honest to truly has, and I’m talking about the corporate media, right? Their coverage of the Democrats who are running has been so skewed and so wrong that it borders on the unbelievable at this point. Think about this six weeks ago, who was the media hyping up for us? Who was the next savior of the Democratic Party? That was Beto O’Rourke. Where’s Beto now suddenly betters gone. They spent one, two, maybe even three months hyping him before he even decided to run for president. They got that big cover on Vanity Fair. You’re talked about privilege on the view set up, just born to be in it. It’s what he said. I’m born to be in it.

And then suddenly nobody cares about Beto anymore. But the media made a lot of money hyping him up, making us believe that he was the next big thing. Most of us could see right through it all flash, no substance. Got It. And that’s why Beto disappeared. But that was a bad faith job by the media trying to force him on us later after Beto. And one of the reasons Beto kind of disappeared. He’s now actually trying to remake as campaign. You’ve only been in it for like a month and a half. Like if you’re already having to remake your campaign after that, we saw this with Republicans in 2016. You’re done. You’re toast. Go Away. They’re doing the same thing right now with the mayor Pete Buttigieg, uh, hyped him up beyond belief. Then once it got past those who he plays a musical instruments and knows a lot of languages, hello, let’s he stay in forward or does he stand for what’s he stand for?

And then once we started getting a few answers on that a lot of people have cooled off on Mayor Pete because they realized, oh, bit of a corporatist, huh? Your issues really don’t match well with what I believe at all. You’re nowhere near as good as some of these other people running for president. So mayor Pete’s kind of fallen out of favor a little bit, but even before we had Beto and Mayor Pete, they were hyping Harris, they were hyping booker who is still polling at a solid 2%. And speaking of those polls though, that is another thing that media has absolutely newly turned to garbage. We’ve seen so many polls come out mostly in the last week or two since Joe Biden announced that he was running for president, showing that man Biden is running away with this thing. Right. Until you actually look at the polls that the media is hyping up and you realized, oh, 60% of your respondents were over the age of 55 well yeah, no wonder they want to vote for Biden.

They’ve known them their whole lives. These polls are skewed to the point of being completely unreliable, at least from an actual political science standards. It’s one of the things as I’ve said repeatedly you learn in political science is actually how to conduct a poll. What makes a poll actually reliable versus unreliable. If your sample size is not representative of the public as a whole, whether it’s the whole general public of the United States, the public, you know, population citizenry of a particular city, it has to be representative. Otherwise it is not considered usable for research purposes, but the media is not in the research purposes business are they there in the ratings business and basically the advertising business. And so when a new poll comes out, showing that Biden leaves leads by 150% oh my God, we’re going to talk about that all day for getting the fact that these numbers can’t possibly be real, but we’re going to hype it up anyway, and while we’re on the subject of Joe Biden, how about the fact that Joe Biden has received more coverage than literally every other candidate combined and he’s been in the race almost the shortest amount of time now?

I think we’ve had one or two people actually announced since Joe Biden did and considering the fact, I don’t even remember their names. I’m sure they will have a very long and healthy campaign here. The point is this, we have what, 18 months until the 2020 election. The media corporate media has already failed in covering this crap. Turn it off enough with it, be done with it. Let the candidate speak for themselves. Some will rise, some will fall, some will rise like a Phoenix after falling. Figure out who you like, who best supports your values and vote in the primary. Based on that. Watch the debates, pay attention to what they say, and more importantly, pay attention to what they don’t say. Because what those candidates don’t say on that stage is going to speak more to their character than what they do say. Trust me on that. But beyond that, ignore the corporate media reporting on these people. Ignore it. What they have to say. Ignore the polling. Ignore all the nonsensical BS out there because there is a ton of it of it, and just wait, let it play out. And when it’s your state’s turn, vote for the person you feel represents you and your values and the values of this country the best.