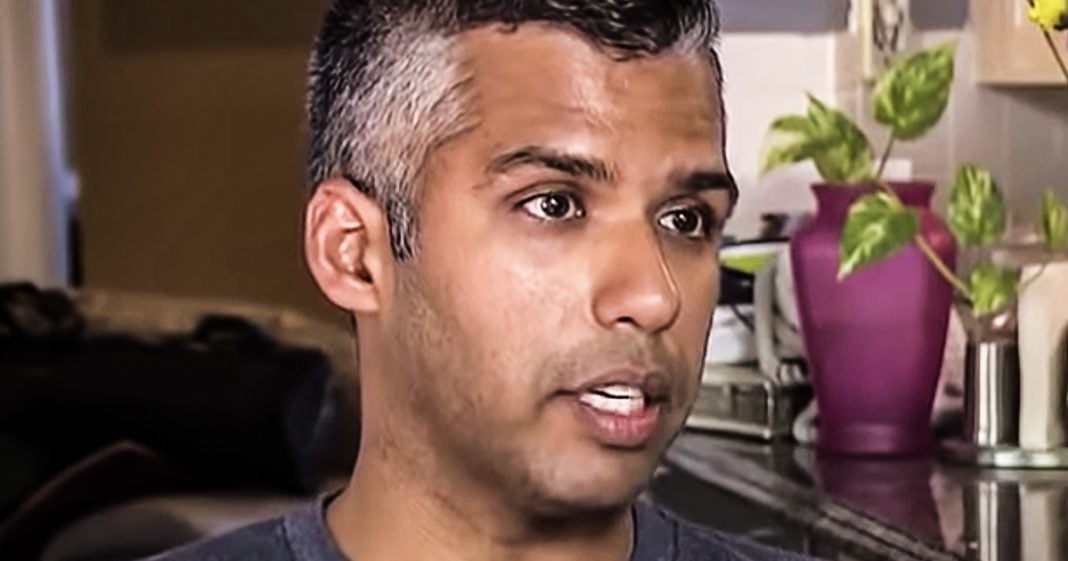 CNN recently spoke with Republican business owners who are feeling the squeeze from Donald Trump’s trade wars, and they admitted that they are on the verge of panic because his policies are ruining their businesses. There are always real life consequences to policies enacted by politicians, and the media should spend more time focusing on the people who are being harmed, regardless of their party affiliation. Ring of Fire’s Farron Cousins discusses this.

Earlier this week, CNN sat down with a couple of Republicans, small business owners to talk about Donald Trump’s tariffs and what these people told CNN was exactly what the rest of us have been talking about for quite some time now. And that is things or bad things are very bad for their businesses. Their businesses are losing money. And again, these were Trump supporting republican small business owners who now say, quote, we’re teetering on the edge of panic. And Trump’s trade war has been a gut punch to our business. Uh, one of the business owners that they talked to owns a small travel accessories business and travel accessories happened to be one of the things that Donald Trump is slapped a bunch of tariffs on. So whenever this company wants to bring in their goods from overseas or the materials to make their goods here in the United States, but they have to bring the materials from overseas, they’re having to pay those tariffs and then they’re having to pass it along to their customers.

And what these owners explained later after talking about how panicked they were because of Trump’s policies. They talked about the fact that because of these higher prices, their businesses are suffering, suffering to the point where they’re on the edge of extinction, they may go out of business. The sad part about this story is that this is not unique. This is something we have seen reports on for at least the last six months. Farmers declaring bankruptcy at rates not seen in at least the last decade, not since the great recession, losing their businesses, CNN and other outlets and talk to those people at the time and they said, wow, I’m really, you know, shocked that Trump would do this to us. This, this hurts. You know, I, I d I don’t know that I support him anymore, but unfortunately there are also too many people who in the same situation who were willing to say, I still support them.

If I have to lose my farm, I have to lose my farm. You know, I, I’d, I’d die for this man. They actually said that we, we did videos on it at the time. That is what they said, but here’s the thing, and and to me, this is what I think CNN missed in their analysis. Like they just wanted to get some republican business owners on there to talk about how much they don’t like Trump, what they really should be doing more often. Every outlet is talking to the victims of policy. They could have had a brilliant segment here, but it fell flat. Talk to the people impacted by what’s happening today and not just the tariffs, the trade war, all of that. How about you go out there and you talk to the community that was poisoned because this administration repealed regulations on how much toxic waste corporations can dump into our waterways.

They said, sure. Dump more poisons in our water. Go Talk to the people drinking that water. Hell, follow up with Flint. See how things are going. Their follow up with any of the other 2000 areas in this country that have lead levels in their drinking water that are actually higher than they ever were in Flint. Okay, 2000 other places are actually worse than Flint. One third of people in this country are drinking toxic chemicals every day and every single one of those problems I’m describing is the result of a policy that came out of Washington DC. Most of them, but not all from Republicans. Go Talk to people, report on what’s actually happening in this country. Show people the victims faces.

Show them the real world consequences of the people they send to Washington DC. That’s what’s missing from the media today. And again, CNN almost could have had a home run with this issue, but they didn’t. They really didn’t. I do have sympathy for these people. You know, the trade war is not necessarily something Trump was talking about on the campaign trail. So it’s hard to say that they fell for a con with this. The trade war is Donald Trump’s own creation because of his own stupidity and lack of understanding about economic policy. So yes, on this issue, I have sympathy for these people. They didn’t sign up for this, they didn’t want this. They’re stuck with it. And there’s nothing that Congress is able to do at the moment to fix it for them. These stories are going to become more prevalent. We’re going to see more people going out of business, and even the ones interviewed on CNN did warn that this is going to have a, a, you know, basically a ripple effect throughout economies. One small business closes, the second one closes. Suddenly there’s less money in the communities, fewer people able to go out to other businesses and buy things, go out to restaurants and have dinner. Everybody starts contracting. The economy starts contracting. We’ve seen the market tank $1 trillion globally, just on Monday. Yeah, things are going to get bad.