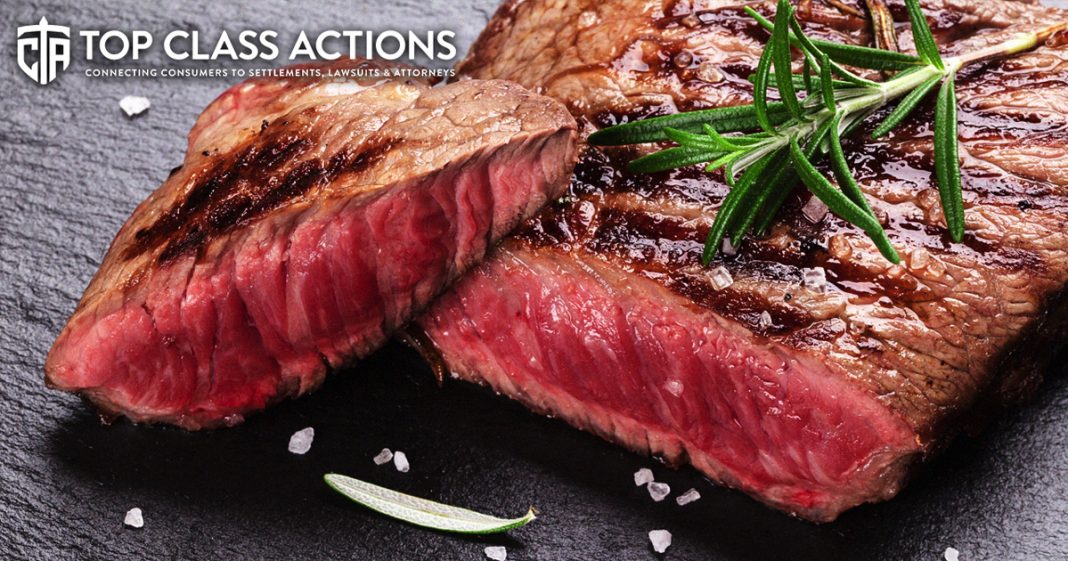 A recent price-fixing class action claims that Tyson and other meat companies conspired to increase the price of beef. According to the plaintiff, Tyson Foods Inc., Cargill Inc., JBS USA, and National Beef Co. control 70 percent of the beef-packing industry which allows them to manipulate the market to their benefit. The plaintiff references an “industry insider” in his beef price-fixing class action. The insider reportedly told him that the “beef industry is very unique” and that “meat works like the mafia.” All of the meat executives reportedly know each other from their dealings and the companies sell meat to each other during various stages of production.  Ring of Fire’s Farron Cousins discusses this with Scott Hardy from Top Class Actions.

Farron Cousins:                  According to a new class action lawsuit, the beef industry led partially by Tyson Foods is acting like a mafia and that’s actually, according to this particular lawsuit. The lawsuit says that Tyson, along with several other beef producers have been kind of colluding with one another in a price fixing scheme so that none of them get screwed out of a good deal and that they all keep their prices relatively the same to make them all remain competitive.

This type of scheme is 100% illegal and I have Scott Hardy from Top Class Actions with me now to explain more about what’s going on. Scott, hugely interesting story to me here, especially when in the filing they talk about this as essentially acting like some kind of beef mafia. Mafia is the word they used. So tell us who this beef mafia is and what they’re doing.

But what this class action is alleging is that the, the meat packers both colluded together to get the price of cattle down and then instead of the price of beef going down, they colluded together to keep the pricing up. So instead of seeing that natural up and down of the beef price, when the cows were cheap, the beef was still pricey. And that seems like a pretty easy recipe to take a look at and take a look right there and say, hey, something’s not right.

Farron Cousins:                  You know, it’s interesting because things like this are actually indexed. And in fact, these beef companies, according to the lawsuit, are actually using the indexes and the forecasts to see when they think, you know, the market thinks whatever it is that the price of beef is going to go down. And that’s when they all get together and say, hey, we’re looking at a drop over here. What should we do? Cause the price of cattle is going to drop in, in three months. Should we lower our prices? Should we raise our prices? What’s going to happen here?

The lawsuit basically spells that out for us as part of this scheme as well. And so when we look at this and we know that these forecasts exist, we can go back historically cause all these things are documented and see what the price of cattle was versus what the price of a steak at the grocery store was. Seems like something that’s fairly easy to verify and go ahead and pop these companies for, doesn’t it?

Scott Hardy:                          Yeah, it really does. You know, from the reports we’re seeing that this hundred billion dollar industry made billions of dollars in extra profits while consumers paid far more for beef than they should have. That’s according to the one of the statements, but that’s included by Law360. And so you’ve got this huge amount of profit that’s taken place all at the, on the backs of consumers. And the, the law firms that are actually handling this, these are, these are big, big dogs that, you know, go ahead against the biggest companies in the world.

And so I think that you’re going to see, this is going to be a battle it’s going to be waged and ideally, you know, pretty much every single American out there, that’s not a Vegan, is going to be able to benefit from any settlement that comes out of this. Because this settlement will likely be in the hundreds of millions of dollars if the class action continues along and we, we get that process, you know, actually make that step because if they’re making billions of dollars from profits, then some of that, a big chunk of it should get right back into our pockets.

Farron Cousins:                  It would be great in situations like this, if all of these ill gotten gains, you know, to be returned. But it, to me what this represents is just the fact that you can find corruption anywhere. You know, assuming everything in this complaint is accurate and, you know, ends up being proven, there, there’s no industry in this country, and I think you and I both know this, there really is no industry that’s, that’s immune to, to corruption.

You know, the beef industry, the pharmaceutical industry, fossil fuels, you know, the, the supplement industry, other food manufacturers, it just, it’s so widespread and without these class action lawsuits, it would be so much worse than it is today. And I know, you know, you’ve got people out there who say, oh well these ambulance chasers, they just want to sue everybody. No.

The point is if these lawsuits are not filed, you know, whether or not you agree with them or you think lawyers are all ambulance chasers, let me tell you, if they weren’t out there fighting these fights, things would be so much worse for American consumers. You would be getting ripped off with every product that you buy because these lawsuits are the only, you know, gatekeeper between corrupt industries and the American consumer.

Farron Cousins:                  If anybody needs more information on this issue, I encourage you, follow the link in the description of this video. Go to Top Class Actions, and while you’re there, sign up for their weekly newsletter. It is the best tool available for consumers to arm themselves with all the knowledge needed to be a good honest, and you know, basically more informed American consumer. Scott Hardy with Top Class Actions. I always enjoy talking with you. Thank you very much.