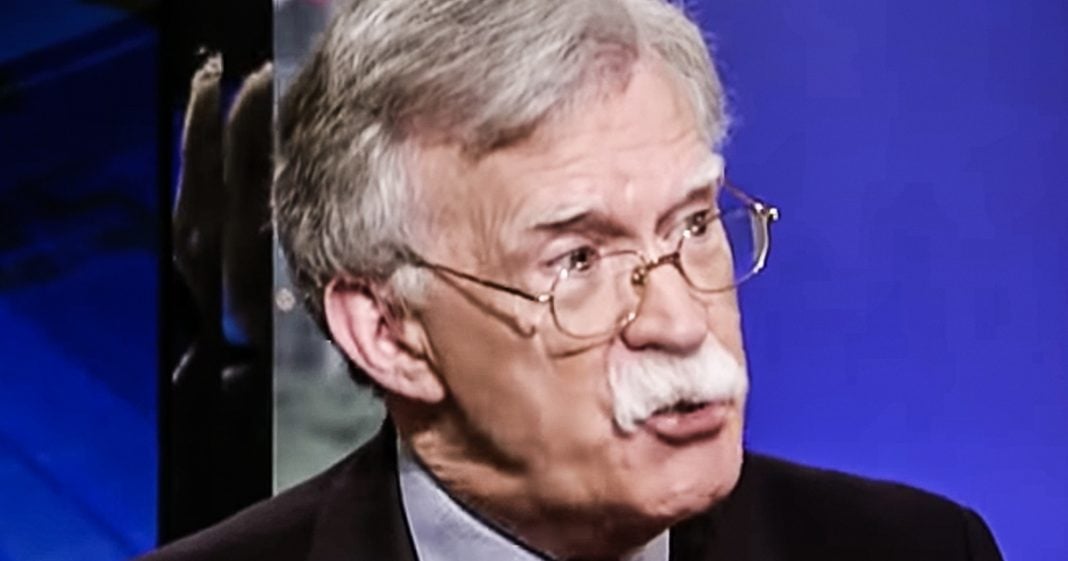 The Trump administration has a plan in place to immediately deploy 120,000 US soldiers to Iran, if the need arises. The drumbeats of war are getting louder now, almost to the point of being deafening, as this administration insists that Iran is causing trouble in the Middle East. Yes, there are problems in the region, but you could likely point to almost any country in the area and blame them. The administration has chosen Iran for a specific reason while ignoring the other bad actors in the area. Ring of Fire’s Farron Cousins explains what’s happening and why ZERO US troops should be deployed for any reason.

You know, there’s been a lot of times in this administration where we’ve taken literally no joy whatsoever in saying we told you so. But this is another one of those joy lists we told you. So moments that was revealed earlier this week when we found out that the United States has a plan in place to immediately deploy, if necessary, 120,000 US troops to Irfan to begin an invasion. That’s what was reported earlier this week. And it’s based on a meeting there was attended by, of course, national security adviser, John Bolton, Defense Secretary Patrick Shanahan, uh, CIA director, Gina Haswell, director of National Intelligence, Dan Coats, and of course, secretary of State Mike Palm Peo, including the Joint Chiefs of Staff. They presented Donald Trump where they plan to deploy 120,000 US troops to Iran if they believe that a ran could.

Attack a US ally, US interests, maybe u s oil tanker. We don’t know what they’re going to attack, but when they eventually do, we’re totally gonna launch 120,000 troops right into the country and show them who’s, yeah, boss. Here’s what’s happening right now. We know that we’ve launched a warships over there too. Iran hovering off the coast just waiting for them to do something. We started actual aerial maneuvers earlier this week, just flying bombers over be 50 twos ride over ran just to kind of send a little warning. We’re here, see us, be afraid of us, but that’s not actually what the goal of those things is. The goal of the warships, the goal of those be 52 is flying over is not to intimidate Iran, it’s to instigate them. It’s the piss them off. It’s to get them to attack, to do something. That’s what we’re doing right now were goading them in to doing something to wash the United States actually has a very long history of doing this. We did in the 80s with Gaddafi. Reagan did that. Literally the same thing. We parked our ships. We started flying our planes over when we waited for Khadafi in Libya to do something and they finally did, and that’s what we’re doing today.

We did it with first Gulf War Two by the way. We did it also in 2003 with the Gulf War. We just leave our military stuff over there, but here’s the thing, Iran has not done anything. The US is trying to claim that either they’re going to, or maybe they did, we don’t know because we have no evidence, but they’re trying to say that a ran is going to screw with us oil tankers over in the region. We shouldn’t have oil tankers over in the region, but sure. They said that all four of them were recently sabotage. That’s actually what they’re saying and they think it’s a ran. Saudi Arabia came out and said on one of our oil tankers was also sabotage. We’re not going to point any fingers yet, but us just be ready. So Saudi Arabia is right. They’re trying to go to us in two attacking Iran because that would benefit them and we’re also saying if Irfan attacks any of our allies, which would also be Saudi Arabia for some reason, I have no idea why we’re allies with that horrid country. I, the way they treat their own people was absolutely despicable. The leadership of Saudi Arabia is 100% awful. The human rights abuses in that country are deplorable.

Yeah, but yet if they tell us to attack a ran, we 100% are going to do it. If any of our allies in that region tell us to attack a ran, we’re going to 100% do it, and suddenly we’re going to have a 120,000 American troops on the ground in a ran according to this new plan, which is what John Bolton wanted from day one, which is what we had said from day one. Boltons been in place for what a year now, so it’s been one full year. Were those drum beats for war with a ran have gotten consistently louder and louder and louder.

Yeah, and most of us, those of us who knew John Bolton’s history had been warning that this was going to happen. It was a matter of when and not if since the moment he became Donald Trump’s national security advisor, and here it is, folks, this is not a test. This is not a drill. This is the United States, 100% ready, willing, and able to launch yet another unwinnable forever war in the Middle East.