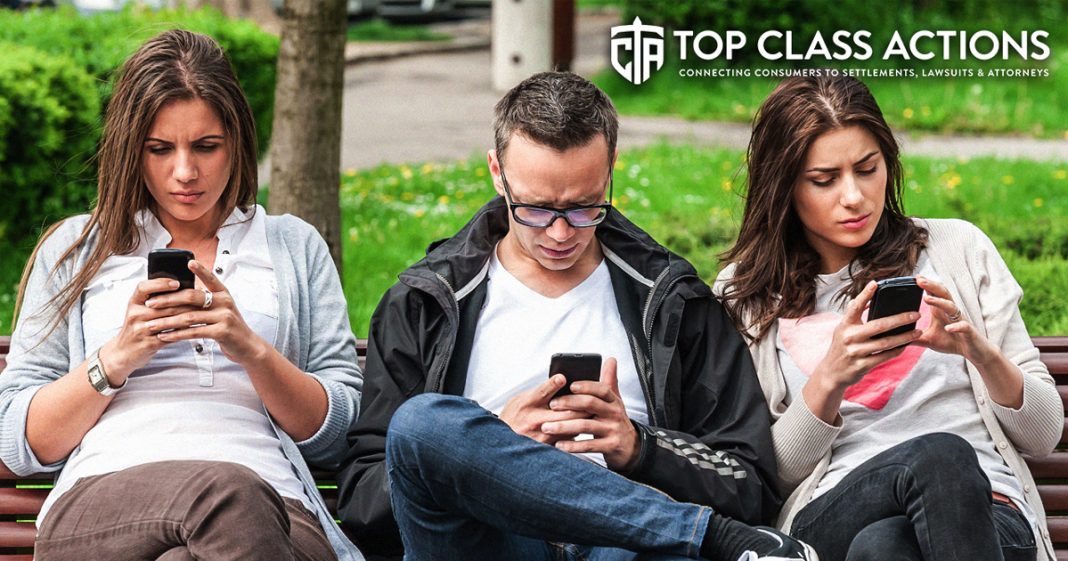 On the heels of data use accusations launched at AT&T and Sprint, Verizon and T-Mobile are now facing effectively the same claims in class action lawsuits challenging the companies’ alleged practice of selling customers’ location data to third parties, including aggregators. Before these data class action lawsuits were filed, the Federal Trade Commission investigated broadband providers’ use and sharing of consumer data. This investigation was launched after it was reported that user data from AT&T, Sprint, Verizon, and T-Mobile is easy for anyone, including those with malicious intent, to get their hands on. Ring of Fire’s Farron Cousins discusses this with Scott Hardy from Top Class Actions.

Farron Cousins:                  Privacy is beginning to become a luxury here in the United States, especially as more of us spend more and more of our daily lives online. Whether it’s on your phone, on your computer, at work, wherever it is, we’re typically always plugged in and your cell phone carrier understands that and they have actually according to new lawsuits, been using your location data and selling it to third parties without any regard for what these third parties are actually going to do with that information.

Joining me now to talk about this is Scott Hardy from Top Class Actions. Scott, this is a big one. In fact, this is actually two separate class actions happening right now and it seems to cover pretty much every major cell phone carrier here in this country. Take it away for us. What’s going on?

Scott Hardy:                          Sure. So we’ve got AT&T nailed in one class action, then Verizon and T-Mobile nailed in another class action and these class actions all center around how AT&T and the big cell phone providers are selling your data and your data usage along with your location to aggregators. And the, the issue here isn’t so much that they’re selling the data because the, you know, a lot of these companies actually have the opt in.

You’re saying, hey, I, I’m allowing Verizon and these guys to sell my data. It’s that Verizon, T-Mobile, AT&T allegedly didn’t look at all what these folks are doing with the data. Or are they legitimate companies? Are they using this data to spam their users? What are they actually doing with this data? They didn’t care. At least that’s what these class actions allege. They just wanted to go ahead and make a couple million bucks or more. I don’t know.

I mean this is obviously a huge amount of user data they’ll be able to sell and they have been selling and their, their customers are saying, listen, you’re going to sell our data. We don’t like it. We’d like to be able to opt out. If you are, check who you’re selling it to. We don’t want you selling this to people that are using it for nefarious purposes. Or, you know, are these debt collectors? I mean where is this, where is this information going and how are they using it? And that’s a big issue in this class action.

I mean, we need to get back to how it was, you know, just 12 months ago where it was, no, don’t sell my data. Don’t take my data if I’ve told you no, than stop doing it. You know, don’t track my location when I’ve told you not to do that. And that’s one thing we’ve found, not necessarily with this particular class action, either one of them. But we’ve seen it so many times. You know, we turn off location services only to find out, oh, they’re still tracking you. Well now we kind of know why.

That’s valuable information that any of these companies legit or not are willing to pay top dollar for and AT&T, Verizon, T-Mobile, Sprint, whoever it is, they’re willing to take that money because they simply say, hey, we know you know we’re going to sell your data. We know we’re going to sell your data. You actually told us at one point you’re okay with it. So here it is to the highest bidder. Come and grab it.

Scott Hardy:                          Exactly, I mean, your location based data is so valuable to marketers. I know that we have been using it when we’ve been doing some target geotargeted data and some geotargeted marketing for different class actions and settlements and things that we we work on. And when you have companies that have actually built their entire model based on selling your geographic data, think about companies like Niantic, who’s, who make the Pokemon Go game with Nintendo through Google as well as Ingress.

Those companies, or at least at first they didn’t, they were selling a product for free, right? You had this cool game, there was nothing you could buy in the game. And for all sense of purposes, you’re looking at this going, wow, this is completely free. No, they’re, they’re getting you to crutch, cruise all around your city, your state, and they’re tracking it and you’ve got to be darn sure that they are absolutely selling that data to aggregators and to marketers. And they’re making a ton of money off it.

Farron Cousins:                  You know, we, we need stricter privacy laws here in the United States. I know the FTC is investigating pretty much, I think all of these companies for their data selling practices. But right now, you know, the, this is basically a new frontier. It’s been happening for years, but it’s still a new frontier in terms of regulation and legislation. And so as usual, lawmakers having to play catch up here, regulatory agencies having to play catch up because they saw it coming, but just thought, you know what, put it on the back burner. We need to go campaign again for another two years instead of actually doing some work here.

I’m a little grizzled in general with DC right now, but I, to me, that’s what this is. We, we could have jumped on the problem. We could have headed it off before it became an issue, but instead, massive issue, massive data breaches. Nearly every person in this country who is on Facebook, Yahoo, Google, AT&T, Sprint, Verizon, T-Mobile. If you’re on one of those platforms, your data’s been sold. That’s a fact. That’s what’s happening in this country today. And we could have stopped at a long time ago, couldn’t we have?

You know, we have to make sure that these, these instruments, these tools that we use to live our daily life and to actually make money and, you know, you can’t live without it, that we’re protected. And how are they going to do that? We’ll see. Let’s, let’s see if Congress and the Senate can actually figure it out.

Farron Cousins:                  Exactly, and you use the right word there. You know, the, these are tool, it’s more than a phone. It’s a tool. You know, we use it for research, we use it to stay connected to our jobs. You know, probably to our own detriment, staying connected to our jobs 24/7 without being able to unplug. But the sad reality is that most of us can not unplug. And a lot of us don’t even want to. We enjoy what it offers. All we ask in return is please respect my privacy and not tell everyone on the planet where I go each and every day.

If anybody has one of these carriers AT&T, Sprint, Verizon, T-Mobile, follow the links in the description of this video, head to Top Class Actions, learn more about what’s happening with these cases. And while you’re there, sign up for the Top Class Action newsletter. Get all of these stories and many more delivered directly to your inbox every week. Scott Hardy, Top Class Actions. I appreciate you taking the time to talk with us today.