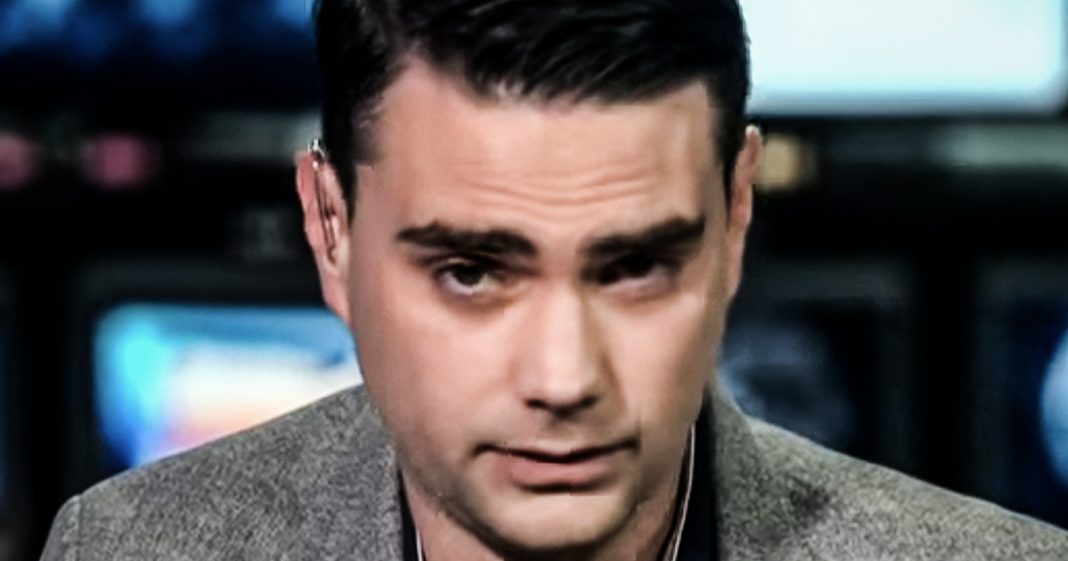 Ben Shapiro’s interview with BBC host Andrew Neil last week showed us a number of things, but the most important lesson we learned was that the right wing echo chamber can’t survive outside its own protective bubble for more than a few minutes. This is why these creeps like Shapiro believe they are superior, but the second they get asked a tough question about their own beliefs or statements they completely fall apart and storm off the set. Ring of Fire’s Farron Cousins discusses this.

Yeah. Ever since. Uh, the clip was released on Friday of Ben Shapiro appearing on the BBC opposite Andrew Neal. I have watched that clip multiple different times and every time, I love it more than I did the time before because what that clip showed us was not just that Ben Shapiro who is a complete fraud, that this was a real, the emperor has no clothes moment for that little creep, but because it exposed everything about these little up and comers on the republican side of the aisle. You know, these little superstars, your Shapiro’s, you’re Tomi Lahrens, you’re Charlie Kirk’s. Your Candice Owens and Ben Shapiro not only out at himself in that interview, he outed all of them by trying to use the same tactics that they all use, only because he didn’t know what he was doing and he was frightened. That’s what it boiled down to in that interview. Ben Shapiro was frightened, you know, he had been used to going up against or with really the right wing echo chamber or debating people who are far less skilled at debating than he is. He didn’t have to come armed with facts and figures and statistics. He just came with his bully mentality and it seemed to win them as day. But what happened in that BBC interview with the actually hard, right Andrew Neal, was that all of those tactics that Ben Shapiro typically uses came back to bite him square in the ass like the point where he accused Andrew Neil of being a hardcore leftist with a leftist agenda. And Neil responded that if you only knew how much, uh, you know how ridiculous you sound right now, Mr Shapiro. If you only knew how ridiculous that statement is, you wouldn’t have said it.

Yeah, I love that clip. I love that phrase because Ben Shapiro tried to silence his opponent by just saying you’re an angry leftist when in fact Neil actually spent plenty of time working in conservative politics over there in the UK. He is considered a far right, a member over there in the UK, but Ben Shapiro tried to shut it down like he does. Everybody else say, well, you’re just far left and you’re being crazy. Yeah, it doesn’t work. And Shapiro is not the only one that does that. We’ve seen Owens and Kirk and Lahren all do the same thing. Ben Shapiro following, uh, this disastrous interview coming out, tried to make a joke about it, tried to lighten it up and tried to move on by tweeting out to Andrew. Neil destroys Ben Shapiro. So that’s what that feels like. Broke my own rule and wasn’t properly prepared. No, you need to change your rule to not be prepared, but make sure you understand what the hell you’re talking about.

And that goes beyond being prepared. You smart enough, Ben, to handle what was thrown at you. In that interview, he was asking you about quotes that you yourself had said tweets that you had sent lines from your book that you were trying to promote and you couldn’t defend any one of them. Those are the things that came out of your own brain and you didn’t know how to respond. Ben Shapiro is a complete fraud. The BBC interview prove that beyond a shadow of a doubt. And it also exposed his tactics and the tactics of the far right. And more importantly, it showed us that these little people who want to think that they’re the intellectual dark web actually can’t survive outside of their little conservative echo chamber bubble for more than a few minutes without completely falling apart. And in the case of Ben Shapiro getting so angry, ending the interview and storming off the set.