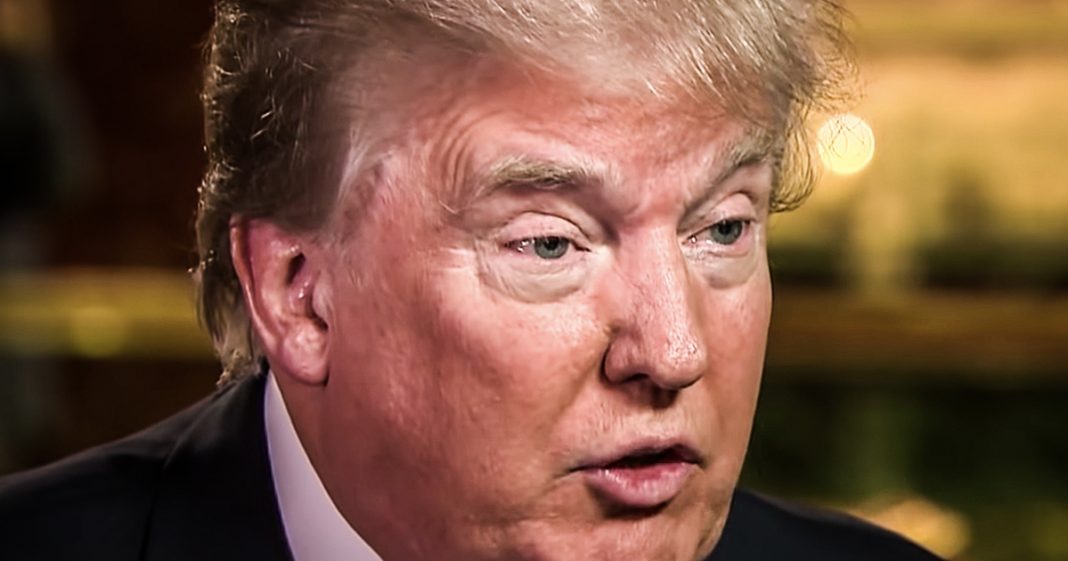 In a move that looks like it came straight out of a Paul Ryan fantasy, the Trump administration is working to change the criteria needed to determine who is living in poverty in this country, a move that will lead to the reduction of benefits for millions of struggling Americans. This move would also allow the President to claim that the economy is doing better than it actually is. Ring of Fire’s Farron Cousins explains the changes and how it will impact American citizens.

Well, there’s actually some good economic news here and that is that in the very near future they’re going to be far less people living in poverty here in the United States. But it’s not because the Trump administration is going to do something to actually lift them out of poverty or help their financial situation. It’s because the Trump administration is trying to rewrite the definition of what poverty actually is. According to a new rule being written by the, uh, office of Management and budget. They want to rewrite poverty, want to change who falls under the category of living in poverty or living just enough above the poverty line to not be in poverty but still qualify for, uh, you know, Medicaid or food stamps or anything like that. They want to change it all. Renew Math essentially so that they can show we have less people living in poverty and so that we can go ahead and cut back on some of these benefits were paying these people to safety net programs.

We’re going to slash and burn those. I mean this entire proposal is like watching a wet dream of Paul Ryan come to life because this is what this guy has always wanted to do. So here’s what this new proposal from the office of Management and budget would essentially do. It would change the way poverty is calculated, taking in inflation and saying that, okay, we’ll inflation rose this much and yes, consumer spending among impoverished people dropped but it only dropped because inflation went up on goods, so they just stopped buying those goods. They could still afford them but they don’t want to is essentially part of the new rule so those people would not be counted in consumer spending indexes, which is one a way that we determined poverty here in the United States. I’m making it sound, I think a little bit more complicated than it actually is.

Basically they’re saying like, okay, inflation’s going to go up. People are going to buy less, but we’re going to pretend as a country they’re buying less cars. They don’t want to spend that much. They could if they wanted to, but they’re totally just not doing it out of principle. The second thing they’re going to do is to change CPI, something Obama had proposed during his time to appease Republicans because it’s what the man did best and chained CPI basically says that benefits in this country are no longer going to be a rising based on their own schedule. Instead, they will only rise in correlation with inflation, which means if you’re on social security or Medicaid or food stamps and inflation doesn’t rise, well guess what? Your benefits don’t go up at all. They don’t, if inflation only rises 1% your benefits may rise up to 1% theoretically, they would actually rise a little bit less than that.

Right now they’re independently calculated based on needs, based on consumer prices, based on where all of everything, and it actually works out pretty well, but this administration wants fewer people to receive benefits. They don’t want to spend as much on benefits. We’ve seen that with their budget. That cuts $1 trillion from Medicaid, so they’re just going to reconfigure how we even determine who fits into these programs. Literally rewrite the definition of what poverty is and it serves two purposes for them. One, it’ll show statistically fewer people in poverty, which you’ll then probably brag about on Twitter for the next 18 years and two, it allows Republicans to cut social safety net programs like they always want to do like they’re currently trying to do by saying, well, there’s fewer people on poverty. Why do we need to be spending this much? The truth is the poverty number is not going to change one bit.

People are still going to be struggling. We have too many people struggling as it is. Even those who aren’t living in poverty and they listen to these statistics here, 40% of families are able to save enough money to pay for a $400 emergency. 40 million people couldn’t afford $400 137 million Americans struggle to pay health care costs. So we’re talking about it a little more than a third of American citizens have trouble paying healthcare costs. 80% of people in this country living paycheck to paycheck, but rather than giving these people a bailout, right? Rather than giving them a helping hand, we’re cutting the net out from under them, or at least this administration and the Republicans in Congress are doing that because that’s what they’ve always wanted to do, and it’s one of the only things they actually know how to do and they will do anything to make it become a reality.