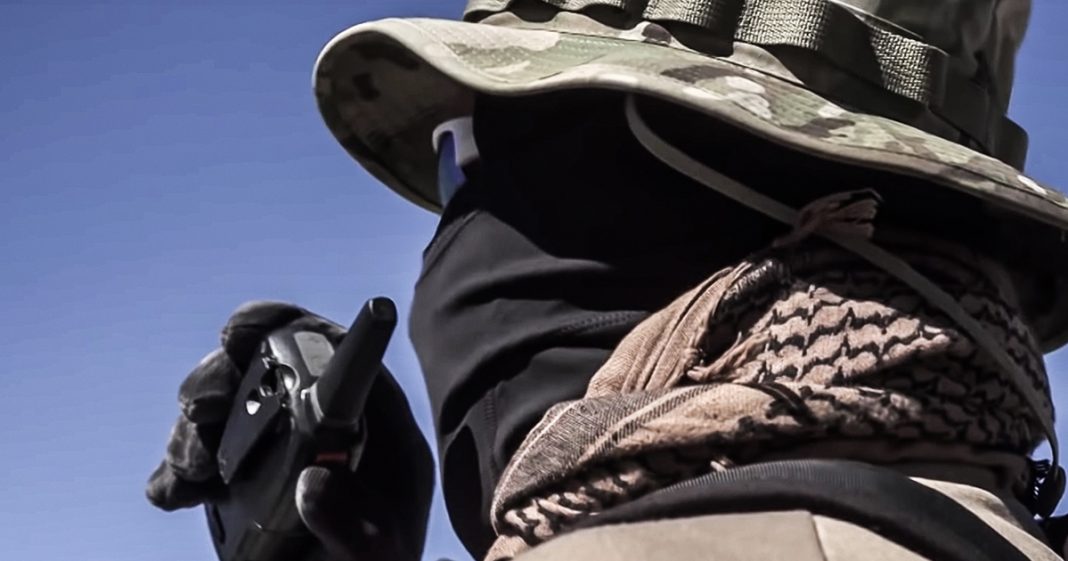 Large numbers of hate-filled Trump supporters have taken it upon themselves to dress up like commandos and head down to our southern border in order to “catch” immigrants. This is a gross violation of the law and a perfect example of what happens when a President continues to use the anti-immigrant rhetoric that he’s become known for. People are going to get seriously hurt, but these wannabe militias don’t seem to mind that at all. Ring of Fire’s Farron Cousins discusses this.

It’s time that we do something about the crisis along our southern border and know that crisis is not the people crossing that border from Mexico into the United States trying to seek asylum or just trying to seek a better life. The crisis in addition to the crisis of the children and families locked in cages is the fact that we now have groups of armed right wing militias. Patrolling the border, hiding out in the woods and the desert holding these migrants at gunpoint. Waiting for border patrol to arrive and arrest them. One specific group recently pointed out by the daily beast is called United Constitutional Patriots. It sounds like a real right wing name too, right? Like let’s throw as many, you know, just patriotic words as we can in this title. And that will be our name, the Patriotic Patriots of patriotism because that’s the kind of thing that he’s more ons do, but, but what they’re doing is actually very dangerous. And there have been reports that groups like this have been down there. Kidnapping migrants, who by the way are mostly women and children. They’ve been uploading videos of themselves, holding them at gunpoint in the desert. And it’s women and children. These are from their own videos.

But these right wing bigots think they’re on some kind of secret mission that Donald Trump gave them because of his rhetoric. By saying that there is an invasion by calling these people animals and no, he was not just referring to ms 13 this is what he thinks of all of them. Melania with her little, I really don’t care to you jacket. All of those are messages to these on hinged individuals, whether they were meant to be or not. And that’s why they’re down there at the border. That’s why they’re terrorizing these people who were coming to the United States to escape that kind of behavior. They thought they could come up here, seek asylum, get a better life, contribute to our society and our economy. And instead they crossed that border and they find the exact same thing waiting for them here as they fled back home. Why? 100% because of Donald Trump.

Now it’s true that we had these little border militias, David and I word, if you haven’t read his work, please go read his entire catalog right now because he has talked about this extensively. These right wing border malicious. The problem is that now under Donald Trump, they’ve grown so much worse. It’s not just patrolling the border, it’s not just dumping out water or poisoning food left for migrants are holding them at gunpoint. There are actual kidnappings, there is actual abuse taking place and it’s being done at the hands of these right wing Trump supporting border militia. Want to be commando, patriots, patriotism people. That’s what they’re doing. This has to stop. This is not legal, but unfortunately borders and custom, uh, custom, oh excuse me. Customs and Border Patrol has actually said like, Oh, you know, we, we don’t want people doing that. If you could just go out there and be our eyes and ears.

So it sounds like you’re tacitly saying, Eh, you can stay out there, be our eyes and ears out there man, please don’t shoot anybody. Cause then we’re all going to be in hot water. But you know, do what you do. Be our eyes and ears. If you see something, say something. No, that’s not how this works folks. That’s not how this works. These are people who are not allowed to be out there doing what they’re doing and yet they are, and nobody’s doing anything about it. Except of course, New Mexico, governor, uh, she has filed a lawsuit against these people and now these people are actually trying to file a lawsuit against New Mexico for violating their constitutional rights, which I didn’t realize there was a constitutional right to pick up a rifle and pointed in the face of an immigrant. Yet that is literally what these people are claiming in their lawsuit.

This is madness. These people down here pretending to be a little malicious. They belong in a prison. They are the threat to this country, not the women and children crossing that border, seeking a better life. And if you think it’s the opposite, then you need to take a good hard look at what went wrong in your own life. When you think that the crazy person pointing a gun at somebody who’s done nothing wrong is the hero in this situation.