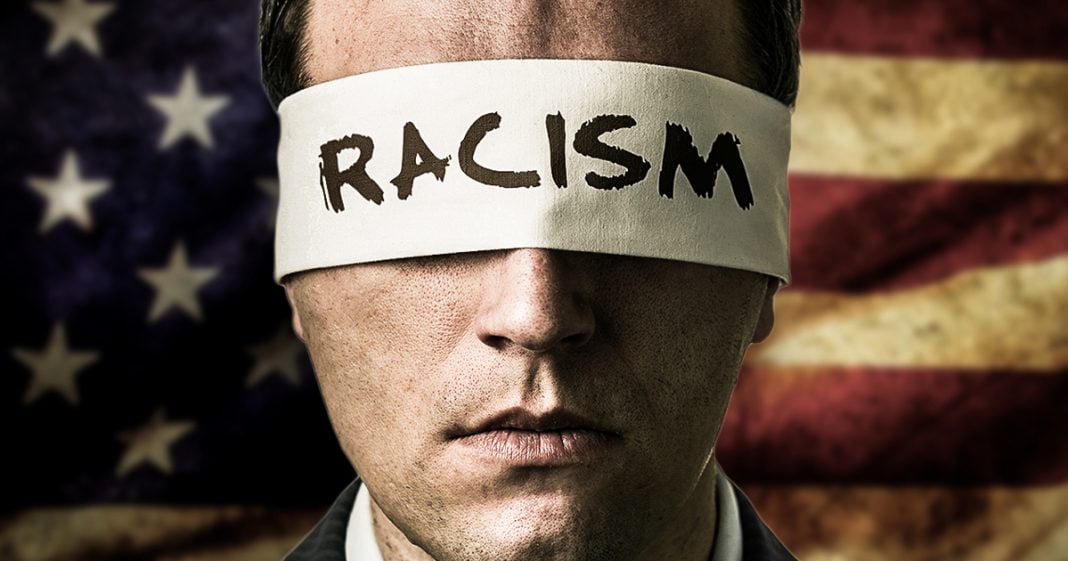 According to the results of a new Pew Research Center survey, one in five Republicans say that having an “ethnically diverse” country is actually BAD for the United States and that it harms our “culture.” To put that a better way – One in five Republicans are bigots. Our country is dependent upon immigrants, and if you don’t understand that because you only focus on the color of someone’s skin or the language that they speak, then you are a bigot. Ring of Fire’s Farron Cousins discusses this.

Yeah, not liking them. Pretty much classifies you as a bigot. So 20% of Republicans are bigots according to a new poll. This new poll from the Pew Research Center Survey, direct quote here from the news, Newsweek piece, 21% of Republicans or voters leaning toward the Republican Party said having different races and ethnicities in the u s population was a negative one and two Republicans considers a multi-ethnic society a positive. Okay, good. So majority of Republicans probably not bigots, but at least according to this 21% total bigots I one fifth of your party. And people who like to vote for your party say that? No, I don’t like foreigners here in the United States because it hurts our culture. That’s what they say in this poll. It hurts our culture. What you mean to say is, hey, you know, dwindles. The white majority is just frigging say it. Just come out and admit you don’t like people with different skin colors because it threatens your white identity. That’s what this is you. I am sick and tired of everybody in quoting reporters and I had like Newsweek, but they pussy foot around the issue. Pretend like, oh, we’ve got to phrase it this way so we don’t offend anybody. No offense to them. Why? Because they’re bigots.