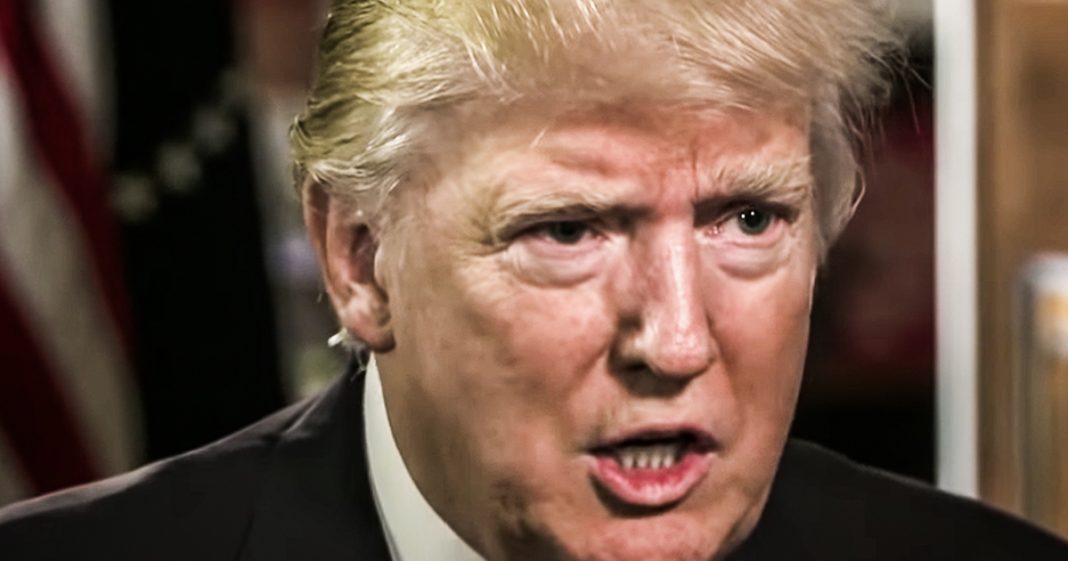 According to the latest round of polling, the number of Americans who believe that we should begin impeachment proceedings against Donald Trump continues to climb. Nearly half of people polled said that they support impeachment, and 5% more people now agree with this than they did just three weeks ago. These numbers are going to keep climbing, and Democrats in Congress had better be paying attention, as Ring of Fire’s Farron Cousins explains.

The latest polling from Reuters has some really good news for Democrats in Congress. It at the same time also has some really bad news for Democrats in Congress and the good news is that the number of Americans who believe that we should go ahead and start the impeachment process against Donald Trump has risen in just the last three weeks from 40% to 45% a 5% increase in just three weeks in the number of people who think, Yup, you know what? Let’s go ahead and start those impeachment proceedings. It is beyond time to do it. Yeah. There is a caveat to that specific piece of data and I’m going to get to that and just the moment, but I want to hit on the bad news for Democrats and that is okay.

The majority of people in this country also think that the ongoing investigations in the Donald Trump, the mini investigations into Donald Trump are preventing congress from actually doing other work. Now, there is also a caveat to that one and I’ll go ahead and give you that caveat. The caveat is that that’s because people aren’t paying attention. Things are actually getting done in Congress. And I know you have people like Matt Gates out there saying like, oh, stop these investigations. We should all be working. Well guess what? The Democrats are working, Bernie and AOC just put out phenomenal legislation yesterday. What have you done, Matt Gates, other than try to make yourself famous by going on TV. Every opportunity you get. See, Democrats are still working. They’re trying to lower prescription drug prices, trying to reign in Wall Street greed, trying to help Americans, uh, with preexisting conditions remain covered under their health insurance plan, which all but for Republicans in the House of Representatives voted against yesterday. So Democrats are still working even while these investigations are going on. And I wish the public understood that, okay, work is not just not getting done because these investigations are taking place. That is a myth. Hopefully the public wakes up to it. Back to the first point, as I said, the number of people who say go ahead with impeachment is increased 40 to 45% in three weeks. This poll was conducted Monday, Monday.

What has happened since Monday? Well, let’s go through the list. House Committee voted to hold barn contempt. That’s now heading to a full house. Donald Trump invoked executive privilege saying, I’m not going to release the full Mueller report. Steve Manoukian refuse to release Donald Trump’s tax returns even though he was legally obligated to do it. Donald Trump junior was issued a subpoena by the House intelligence committee because they’re pretty sure that he lied under oath. So we have seen a string of illegal activity from this administration even since this poll was conducted a few days ago. So I am willing to bet at this point that the number, if you took that poll today, would be a little bit higher than 45% so that’s like, I guess you’d call it a little bit of extra good news for Democrats. More bad news for Democrats though, is that they don’t know what the hell to do.

You have some in Congress right now, some Democrats who were saying, why are we not impeaching? Let’s do this. We’ve got the info, we know what’s happened. We see what he’s doing, how just based on what he’s done this week, we could impeach you add in the campaign finance violations, you know the withholding of bank records, the likely hood that he lied and committed bank fraud with Deutsche Bank to to get loans from them. We’ve got this in the bag folks. Yeah, we’re not going to convict and remove in the Senate, but put that scarlet letter of I for impeachment on his chest that he will wear for the remainder of his life. Let’s do it. And then you have the leadership who, okay, maybe they’re a little more mature, maybe they’re a little more nuanced. Nancy Pelosi’s out there telling us like we, we gotta, you know, we’re not going to go faster than the facts allow us.

We’re not going to go slower than the facts allow us. We’re taking this one fact that a time, cause Pelosi does understand and it annoys me, but I get it at the same time, you gotta be careful with this. You’re really, you get one shot is she doesn’t want to blow it. She doesn’t want to blow Democrats chances in 2020 but I think she’s looking at it incorrectly. I think if you want to blow the chances in 2020 show the American public that you don’t care about law and order, that you don’t want to hold Trump accountable because these poll numbers are going to keep ticking up. You know, the more Donald Trump does potentially illegal stuff, people are going to want that impeachment. They’re going to want it now and you’d better be ready for that, but you also don’t want to seem like you’re just reactive because Oh, a majority want it now.

Okay, we’ll do it now. Get the ball rolling now. The people will come on board later. I promise you, but this has to be done. This isn’t political revenge. This isn’t, you know, Oh, let’s take this son of a bitch down. No, this is about upholding the law of the United States and showing the president and everyone else in his administration that they are not above the law. If you fail to do this, instead of it being a scarlet letter on Trump for the remainder of his days, it will be a scarlet letter on you. The Democrats have the upper hand. They have the information, they can gather more information as an impeachment investigation and hearing goes on. But the time is now. Every day you waste is a day you don’t get back, and that’s a one day closer to the 2020 election, meaning that this may not even be wrapped up before then. It has to be do it now. The people will come on board later. Don’t worry about that. Worry about fulfilling your oath of office.