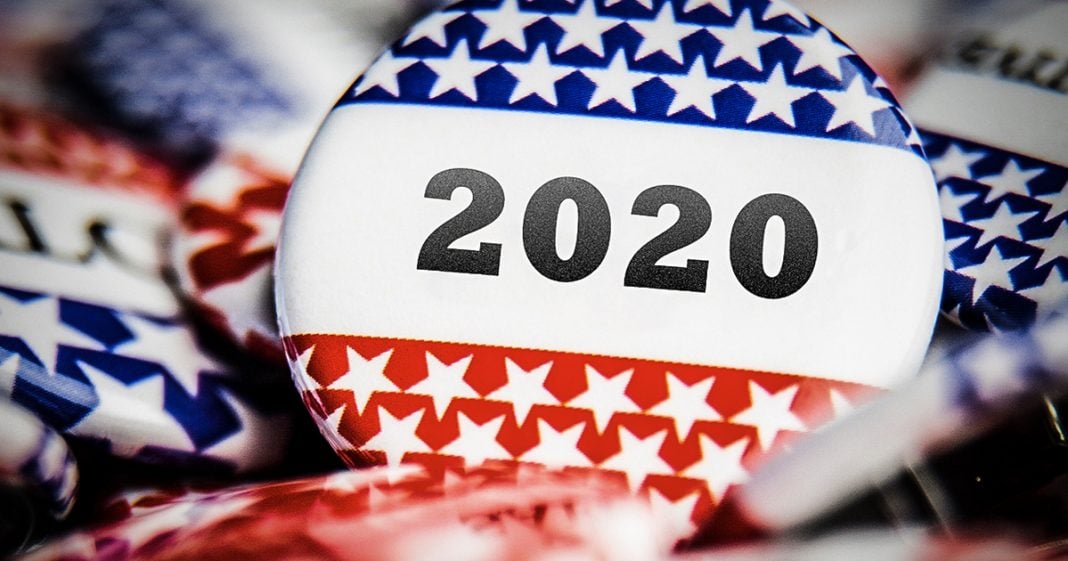 According to a new report, the turnout among youth voters in the United States surged by a staggering 79% in 2018 to 36%. While that may still seem like a small number, you have to remember that this was only a midterm election year and turnout is always lower for midterms than for presidential elections. The young generation could be the most powerful voting bloc in 2020, all they have to do is show up, but these new numbers show that they aren’t as apathetic as the older generations like to say that they are. Ring of Fire’s Farron Cousins discusses this.

There’s actually some good news as we head into the 2020 elections, and that good news for 2020 actually comes from 2018 uh, recently, the Census Bureau released statistics showing that the youth voter turnout in the 2018 midterms had increased by nearly 80% over what it was in the last mid terms. The 2014 midterms, nearly an 80% increased 79% to be exact in youth voter turnout. Here’s the thing though, the turnout was in 2014 20%. So in 2018 it rose to 36% still a relatively small number. However, when compared to the turnout rates of other groups and the country as a whole, not horrible, it’s getting better, it’s getting much better growth of 80% in any particular demographic is phenomenal, especially when you consider the fact that midterms typically have lower turnout rates. But this past midterm could either be an anomaly or a sign of things to come. We don’t know that yet. You also had massive surges in a turnout among Hispanics and Asians here in the United States, both by over 10%.

Okay? And we all know obviously what happened in the midterms, Democrats did get that blue wave. It wasn’t a parent. We knew Democrats took back the house on election night, but it actually took a couple of days, maybe even a couple of weeks to see how big that blue wave actually ended up being, but it was pretty massive. Okay. It’s because of this increase in voter turnout.

It is obvious the youth voters do not care about the same issues as an 80 year old voter and that’s not a knock on this person or this group, but they don’t. An 80 year old voter typically is not going to care as much about climate change as an 18 year old. Why?

Because the senior citizen understands that that’s not going to be something that truly affects them. And that’s not saying that that age group doesn’t care about it. There are plenty who do, but psychological studies show us that as we get older, as our bodies get older, as our minds get older, we typically start to view things is how they affect us personally, individually, and worry about protecting ourselves because we are more fragile than we used to be. That psychology at work, that’s not me knocking some age group, by the way. But nonetheless, this young group, these young voters make up the largest voting block in the United States today. We beat the baby boomers folks.

Okay, but you got to show up in order to do that. And that’s the thing. Now they are. Yeah. I have seen too many people. I have most of them I guess from either gen x or the baby boomer generation on social media complaining about the fact that, oh, these youth voters. Yeah, but they never show up. They never show up. They never show up. Well, guess what folks? They’re showing up now. They’re pissed off. Now they’re letting their voices be heard. Now this is an age group that has gone through things that your age group hasn’t. Yes, you went through things they won’t have to, but the horrors and atrocities that they’ve seen, they’ve seen him play out on the shores of our waters in our schools, in our country. Most of the horrors of some of the older generations they took place somewhere else. They saw real horrors of war. Well, they didn’t have to deal with it here. They didn’t have to deal with it on their street. They didn’t have to deal with it in their school.