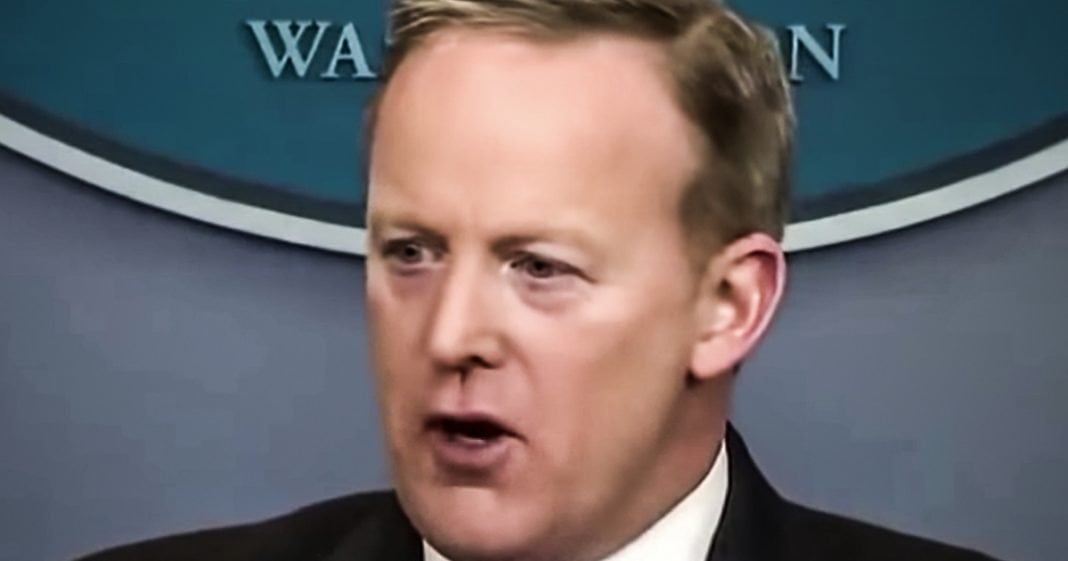 Associating with Donald Trump can be hazardous to your financial health. If you don’t believe that, then you may want to spend some time with the people who left Trump’s administration in the hopes of securing high-paying jobs. Those jobs haven’t materialized for these former staffers, like Sean Spicer, and those who remain with Trump for even longer are going to find a far more unforgiving job market in the future. Ring of Fire’s Farron Cousins discusses this.

If you thought that working for Donald Trump was bad, just imagine how bad it is not working for Donald Trump anymore. That’s the sad reality that a lot of former Trump staffers are living with today. They may not have liked their jobs up there. He may have treated them like dirt. They may have taken a beating from the press, but at least they were getting paid. Nowadays, not so much. According to a new report in the new republic, a lot of former Trump staffers, including Sean Spicer, have yet defined the big paydays that they were expecting after leaving the Trump administration. Sean Spicer in particular, we know this because he actually did a pilot for a show, thought he was going to become the next talk show host. Right? Maybe he was going to be a doctor, Phil, maybe it was going to be a Tucker Carlson may be a mix of the two, but he was going to be a talk show host.

Sean Spicer was, it’d be the next big thing to hit our TVs. Instead. He’s a working as a correspondent for the extra network. Um, next thing you know, we’re probably going to see him pop up on those little TV screens on the gas pumps while we’re trying to get gas. That’s how successful Sean Spicer has been. He tried to get a job at, uh, a major cable outlet. They said no Fox News told him no because he has a credibility issue, couldn’t get on with any colleges, couldn’t get on with any corporations, couldn’t even become a lobbyist. He’s now a correspondent for extra. And Sean Spicer is actually not the worst, not doing the worst at everybody. You got Scott Pruitt, who’s now a lobbyist out in Indiana whose latest efforts to have completely failed. Not only is he once again back to lobbying essentially for the fossil fuel industry, which is what he was doing at the EPA anyway, but he’s also not doing a very good job because none of his issues are getting passed.

So Scott Pruitt can now add failed lobbyists to his resume. And to be honest, for the sake of this country and the planet, it’s a good thing. He’s such a crappy lobbyist. Other members too. We’re also hoping to find those massive paydays only to end up leaving the Trump administration and then having to go work for the Trump 2020 campaign bill shine, who recently resigned as the communications director. That’s where he ended up having to go. Like, you step down from the White House and now you’re like, oh crap. Now I got to go back to the campaign. I was once an executive at Fox news making tons of money. What happened to my life? What happened to your life? Well, aside from you being a pervert is you have when all in on Trump, and that’s the problem. A lot of these folks have, Trump has toxic associating with him, is toxic. Working for him for several years and lying for him and doing his evil bidding is toxic. Meanwhile, you have former members of the Bush administration, former members of the Obama administration. They’ve gone on to join the boards of fortune 500 companies, uh, you know, getting all kinds of crazy consulting fees, crazy speaking fees, making millions of dollars. And not that I approve of any of that, but that is what these Trump officials thought was going to happen to them. And it’s not. And I love it.