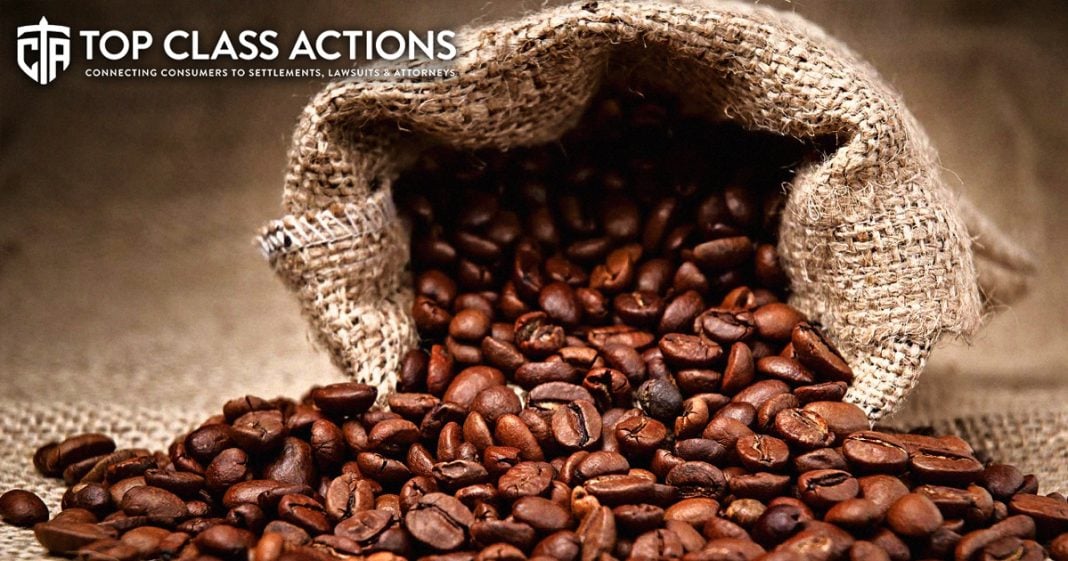 Some Kona coffee growers have accused several retailers of passing off less-expensive coffee grown in other parts of the world as Kona coffee. Because Kona coffee is distinctive and is known as a “specialty coffee,” it is often sold at higher prices than other coffee. Some coffee sellers who sell coffee from other regions may be trying to capitalize on consumers’ willingness to pay more for Kona coffee and Blue Mountain coffee in order to maximize their profits. Coffee growers argue that retailers falsely passing off other coffee as premium coffee brands hurts both consumers and Kona and Blue Mountain coffee growers. Ring of Fire’s Farron Cousins discusses this with Scott Hardy from Top Class Actions.

Farron Cousins:                  You know, it may be hard for a lot of people to believe this, but actually not that long ago in this country, we really didn’t have a ton of options for coffee. We didn’t have a coffee house, you know, on every single corner. Cappuccinos, lattes, things like that, it wasn’t part of the American vernacular, but it has grown in popularity and so to have specialty coffee brands, particularly Kona coffee and Blue Mountain coffee.

Specialty coffee’s only grown in certain areas on the planet, very small areas of the planet and they sell for a very high price. Well because of that high price, a lot of retailers say, hey, we want to sell this product, but we want to give people a little bit better value. And according to a new lawsuit that better value means you’re not actually getting the product that you think you’re purchasing.

Joining me now to explain what’s happening is Scott Hardy from Top Class Actions. Scott, this one right here with this Kona coffee, Blue Mountain coffee. We know these are only grown in very small areas on the planet. Really not many places at all. I mean we’re talking about a few square miles really where these particular coffees can and do grow. Yet suddenly there’s this massive influx of people saying we’ve got Kona coffee!

You know, Amazon, Walmart, Costco, Albertsons and a whole host of other places. But the people who actually make these specialty coffee brands say, hold up, that’s not, that’s not what you’re actually selling. You’re, you’re selling regular coffee and marking it up for a premium but selling it for less than we are. Explain this for us please.

Farron Cousins:                  Well, you know, and this is common, we see this a lot of times when, when any kind of new big thing pops up there, everybody wants to sell their version, their brand, or in this case their interpretation of what that product is because nobody wants to miss out on this latest cash cow. So we got to get in on it somehow. And as is often the case, we see corporations cutting corners, we see them being dishonest with consumers and every time that happens there’s going to be a lawsuit that that follows it to get these corporations, these companies, these retailers, to start doing the right thing.

And as you just said, this goes way beyond just the consumers who may be getting ripped off here, which don’t get me wrong, that is a big issue. But what we also have are these farmers out there in these two regions that are also getting swindled because their product isn’t selling as well right now because these counterfeit products on the market are taking all the dollars away from them.

So double damages in this case in the two separate lawsuits and, and really it’s really terrible for these farmers. You know, this is their way of life and they’re having it stolen from them because we have companies here trying to sell an inferior product using the same name.

Farron Cousins:                  And, based on the numbers you just told us there, we’re talking about roughly 10% of the Kona coffee that, that’s being sold and the Blue Mountain coffee is actually real. So it’s about 90% of the people out there drinking this stuff are not getting what they paid for. And if you think you’re part of that 90%, follow the link in the description of this video, head over to Top Class Actions. It’s got all the information that you need about this particular issue and so many more.

And while you’re there, do please sign up for their weekly newsletter, get all of these stories and countless others delivered directly to your inbox every single week. Scott Hardy, thank you very much for telling us this story today.