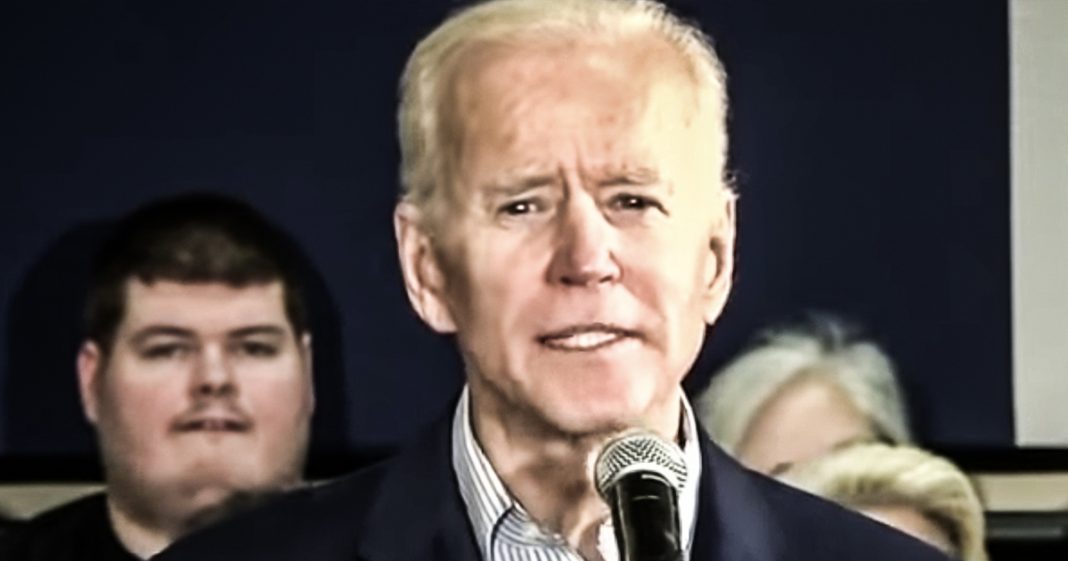 During a recent stump speech in Iowa, Biden told reporters that he didn’t have time to lay out his healthcare plan, a phrase that immediately caught the attention of voters on the Left. Healthcare is absolutely the top issue in this campaign, and Biden doesn’t appear to have any idea how to tackle the growing problem. Ring of Fire’s Farron Cousins discusses this.

You would think at some point in there the man would have had enough time to say, hey, real quick, here’s a couple ideas I have for healthcare. In fact, he actually could have done that with those reporters. He could have said, yeah, let me just give you a real quick one minute, uh, don’t have time to flush it out. But I do think every American has to be covered, not needs to be or deserve to be, has to be. And we’re going to go towards that. That is our end goal. I’ll give you the specifics at a later time. Thank you very much ladies and gentlemen. Boom. Nobody missed their flights. Nobody missed a train. Nobody missed their bus. Took you 15 seconds to just say every American has a right to healthcare. But he didn’t do that and he hasn’t done that and he’s not going to do that.

Biden has been the worst person running for president in terms of actually laying out policy. I mean, hell, even Beto O’Rourke is laying out pretty good climate policies right now. Yet Biden has nothing on climate change, nothing on healthcare, nothing on gun control. But here’s what he does have. This is what he actually said during that Iowa city speech. He said, we choose hope over fear. We choose unity over division. We choose truth over lies and we true science, not fiction. Well that’s a pretty badass. Inspirational speech, their buddy, but where’s the policy? What truth are you pursuing? What policies are you going to lay out to show the American public that you’re more than just an empty suit with some rhetoric in it? Yeah, it doesn’t make any sense right now and what you’re doing is almost insulting to the American public. That’s what’s happening, Joe, your not good enough.

No, absolutely not. And another reason why Joe Biden probably doesn’t want to lay out a healthcare plan, not only because he doesn’t have one, but because he’s tied to the affordable care act, which, hey, decent enough, right? I mean it got 20, 30 maybe even 40 million more people covered under insurance. That’s great. As a start, it’s not good enough anymore. But Biden certainly doesn’t want to ruffle feathers with Obama, so he’s not going to say that it’s not good enough. He’s going to say that it’s the greatest piece of legislation that ever came out and he doesn’t want to change a thing about it.And that’s the problem with Joe Biden. No policy, no substance, a bunch of empty platitudes, and I can promise you, I know he’s leading in the polls right now. It’s 100% due to name recognition. Once people see him on those debate stages and he’s surrounded by people who are laying out policy and giving details about things, but he’s just sitting there like, hey, let’s, let’s get along. It’d be nice to one another at Trump guys pretty bad. Hey, yeah, your poll numbers are going to plummet the second you step foot against any one of those other candidates who actually know what the hell they would do if elected president.