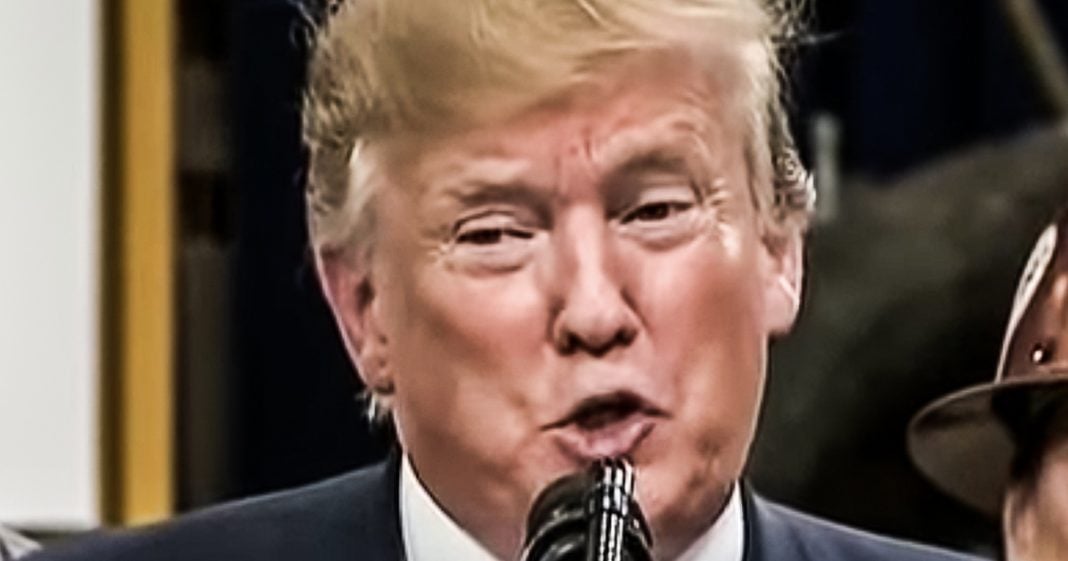 According to a new economic analysis, Donald Trump’s trade wars are costing Americans far more than even the best economists had realized. The new figures show that each job saved or created as a result of Trump’s tariffs has cost the country more than $900,000. That’s for EVERY SINGLE JOB created or saved. Those costs are being passed onto consumers, as Ring of Fire’s Farron Cousins explains.

Some economists actually put that number at 1.2 million per job because the labor market is so thin because it’s so unnecessary to an extent in those particular industries. I’m not saying the workers are not necessary, it’s just it doesn’t take as many workers to get the job done, so there’s not as many people working in it. $900,000 conservatively per job per year. Thanks to Donald Trump’s trade war. Now the steel industry along with aluminum chugged along pretty well for the first few months. Basically up until the end of the past year under these tariffs, they were doing okay, but then they started raising their prices. They actually had to remain competitive with the foreign steel whose prices went up because of the tariffs, so they raised their prices just like we have seen on all other products that have been tariffed because American consumers don’t want to miss out on extra money.

They figure how if people are paying $200 more for this one, let’s just raise our prices because we know consumers are willing to pay it and that is what is happening with steel. What’s happening with washing machines. It’s happening with damn near everything that we have put these tariffs on. With the exception, of course, of crops. Those are just rotting in bushels as we have to spend billions of dollars bailing out farmers as they file for bankruptcy in record numbers. Nobody wins in a trade war, and I don’t know how many more times I’m going to have to say that, but apparently I do. American consumers are the ones paying the price. Chinese manufacturers are not paying this extra money. They’re passing it along to us and we’re still buying. So they’re making just as much money as they were in spite of Donald Trump telling us they’re not. They are. Donald Trump tells us that, hey, treasury is doing great. We’re getting more money from tariffs, and I’m, I know you are, but that doesn’t mean a damn thing to those of us in this country who actually have to purchase these goods that now cost us even more money that we don’t have, because don’t forget, we also didn’t get a tax cut. That’s what’s happening in the United States, and it’s all happening because Donald Trump, dumb as he is, doesn’t understand a damn thing about the economy.