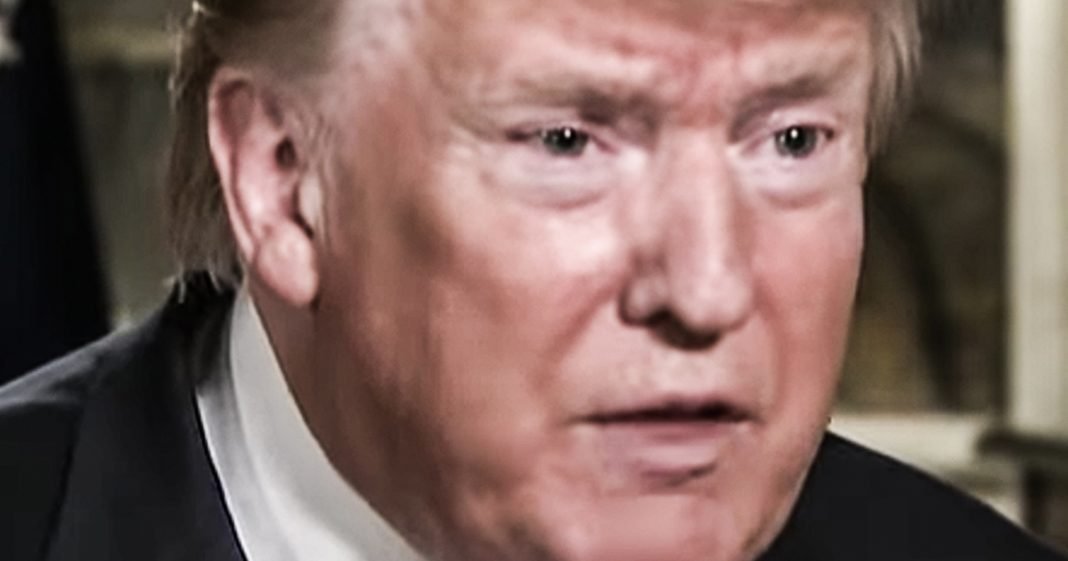 The New York Times was able to obtain ten years’ worth of Donald Trump’s tax returns, and it proves what we all suspected: Donald Trump is a really horrible businessman and a dishonest con artist. The returns, and his subsequent admissions on Twitter, show that the President lost more money than any other taxpayer and that he cheated the IRS out of millions in taxes. Ring of Fire’s Farron Cousins discusses this.

According to a new report in the New York Times, Donald Trump is officially the biggest loser in the United States. See The New York Times, uh, through, uh, insider at the IRS managed to get their hands on 10 years worth of previously undisclosed Donald Trump tax returns and what those tax returns showed. Well, I’m just going to read it to you. Mr. Trump appears to have lost more money than nearly any other individual taxpayer. According to the IRS, information on high earners is core business has reportedly lost $250 million a year between 1990 and 1991 due in part to his disastrous decision to buy his own airline losses, more than double those of taxpayers with similar holdings. Moreover, Trump apparently use these losses to avoid paying taxes on future income banking, hundreds of millions of dollars worth of net operating losses that allowed him to completely skip paying income tax for eight years. In fact, his operating losses accounted for fully 1% of all taxable income in the United States that was exempted from IRS collections this way in 1991.

Now, part of that was actually from a summary from raw story. The rest of it was from the actual New York Times piece. But I want to reiterate that Donald Trump lost more money than any other high income earning American during those years. He was officially, as I said, the biggest loser. But of course Donald Trump doesn’t like to be called out. And this is probably one of the reasons he didn’t want us to see his tax returns. And of course again, these tax returns or several decades old, we don’t know what’s been going on in the last, you know, 25 years. But hopefully we will know a little more about that sooner. But nonetheless, Donald Trump got pissed off so he took to Twitter to try to explain why on paper he is absolutely horrible at business. Here’s is, uh, to tweet a summary here. Real estate developers in the 1980s and 1990s more than 30 years ago.

We’re entitled to massive write offs and depreciation, which would, if one was actively building show losses and tax losses and almost all cases much was nonmonetary sometimes considered tax shelter. You would get it by building or even buying. You always wanted to show losses for tax purposes. Almost all real estate developers did and often renegotiate with banks. It was sport. Additionally, the very old information put out as a highly inaccurate fake news hit job. You got to include the last part, right, because after explaining how you got away with this big tax scam and saying we all did it, you got to end with, by the way, I never did it. You sure as hell know a lot about it for somebody who never engaged in it, and actually let’s go back to 2016 for a minute if we can win on that debate stage.

You bragged about doing this. We have you on tape saying you did this. You said it made you quote smart to not pay taxes in my book. That would make any average American citizen a tax cheat, and we could be in serious legal trouble for that. In fact, you might find yourself in serious legal trouble, not just from this new New New York Times story, but to also from your tweet explaining that you did it for sport cause it was fun, right? It’s fun to screw the IRS out of more money than anybody else in a single year. Right? Because that’s what you did. This information shows us why it is so desperately needed for the remainder of Donald Trump’s tax returns to become public. And this is the kind of information that this man doesn’t want us to know. It shows that he is a cheater. He is a fraud, and he is absolutely without a doubt, empirically now the biggest loser in the United States.