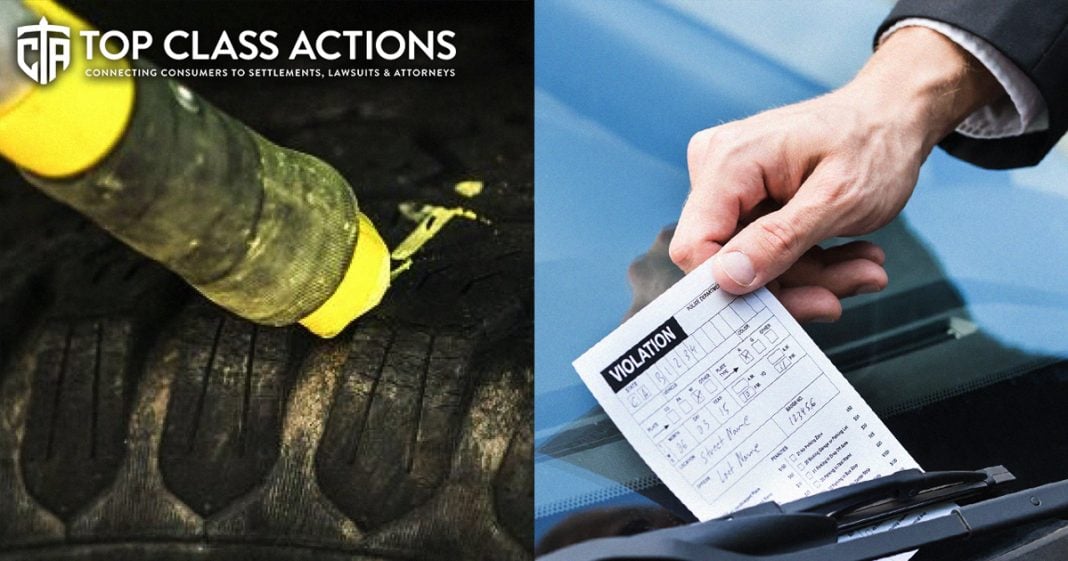 A panel of three judges in the U.S. Court of Appeals for the 6th Circuit determined that chalking tires to find out how long a car has been in a parking spot is unconstitutional and constitutes trespassing. This decision was made unanimously, and will affect states in the 6th Circuit, including Michigan, Ohio, Kentucky, and Tennessee. The panel of judges agreed with a Michigan woman who filed a class action lawsuit over claims that the practice of chalking tires violates the Fourth Amendment, which protects people from “unreasonable search and seizure.” Ring of Fire’s Farron Cousins discusses this with Scott Hardy from Top Class Actions.

Farron Cousins:                  Recently, the Sixth Circuit Court of Appeals ruled that the practice of chalking a car’s tires by parking enforcement is actually unconstitutional. And this case, this ruling could have broad implications far outside of just the North. Joining me now to discuss this is Scott Hardy from Top Class Action. Scott, interesting story because you and I typically don’t get to talk about good things happening. We have to always talk about all the bad things happening for consumers. And here we actually have some good news.

You know, the, the tire chalking, at least up in a, what are the states here? Michigan, Ohio, Kentucky and Tennessee. Totally unconstitutional according to the Sixth Circuit. How did this even come about? You know, I have to give a very sincere props to the person who brought this lawsuit because this is an absolutely phenomenal ruling.

Scott Hardy:                          It really is and it’s, it’s really crazy how persistent this person was and that they had 15 parking tickets and they didn’t say, hey, I didn’t park illegally. I shouldn’t have the parking tickets. They said, no, you chalking my car and marking up my car is illegal. And they lost their case, but they kept appealing it and kept taking it up the chain. And now we have a panel of judges who agreed unanimously with this plaintiff that said the chalking of a car on a tire is deemed an illegal search and seizure and should require a warrant.

So if that parking, if that parking ticket person wants to write you a ticket and they want to chalk your car, they have to go ahead and get a warrant first, which obviously isn’t going to happen. And so what’s phenomenal about this is they, they fought it, they got it. But why and how these tickets actually work because the city can still issue your tickets.

Farron Cousins:                  And I think one of the issues that people do need to understand, we’re not talking about, you know, oh, the meter expired. These are the areas that are, you know, only two hour parking between the hours of eight and five or you know, the, the weird confusing, I don’t know how long I can park here, type of signs. And what the police officers do and I see them do it downtown here almost daily, when you have one of those areas of says you can only park here for two hours, they come by at a certain time, maybe it’s 9:00 AM and they put their little chalk mark on everybody’s tire.

They come back two hours later. If they see their own chalk mark still there, then they get the ticket. So this could have even broader implications than just, okay, we can’t chalk the tire. If this court, as you said, they also say this, this person being parked here for three hours instead of two, this does not present harm to the community. This is not a injury of any kind. We could see this expanded a bit to possibly take away those time limits all together.

I know, I know that’s a pipe dream, but that is certainly something that could be, that could happen because of the way this particular word, ruling was worded here.

Scott Hardy:                          Right, and because this is in federal court. So even though it just covers the districts of Michigan, Ohio, Kentucky and Tennessee, you could have this same case filed in every state of the union. And they’re going to look at this case theory as the basis to actually throw out these, these tickets. So are they going to stop that practice? No, probably not. And this class action, actually this lawsuit actually takes that into account and says what the cities are going to have to do is they’re going to have to walk by or just drive by in their little two wheeled scooters and probably attach a camera and a laptop to it.

And so the new practice won’t be them walking by and putting a chalk mark on every single car. It’ll just be them and their little police segues with a camera attached and just driving by and taking a scan, boop, boop, boop, of every single car. And then when they scoot back over, it’ll tell them how long that car has been and then there’ll be able to legally cite you if it’s against the law, but they will not be able to mark up your car in the process.

This is a locality. You’re paying the money back to that county and they just get that money. You know, no property was destroyed. So it’s not like they have to use part of it to pay for something, you know, to fix something. No, this is money in their pockets. So I’m not going to cry too much because this is money, again, this actually just goes right back to these particular agencies.

But look, I have to say again, the, plaintiff Alison Taylor, very big accolades to Alison Taylor for fighting this, for continuing to fight it, because this practice needs to end. Phenomenal lawyers on this case as well. Because for the life of me, I never would have thought that it would have gone this way. So again, Alison Taylor, if you’re watching amazing work here, and same to all of the lawyers who worked on this particular case for you.If anyone needs any more information on this particular issue or any issue affecting consumers in this country, head on over to topclassactions.com. Sign up for their weekly newsletter as well. Scott Hardy, Top Class Actions. Always a pleasure talking to you.

If anyone needs any more information on this particular issue or any issue affecting consumers in this country, head on over to topclassactions.com. Sign up for their weekly newsletter as well. Scott Hardy, Top Class Actions. Always a pleasure talking to you.