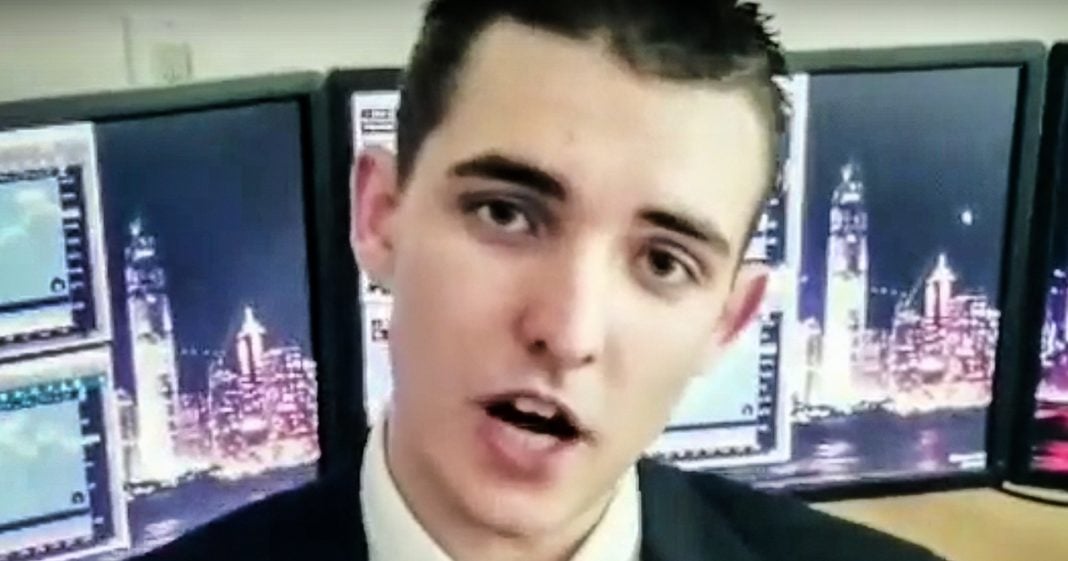 Jacob Wohl, the infamous pro-Trump troll that was recently banned from Twitter, has once again been busted in a plot to make liberals look bad. This time it was a plot to stage a counter-protest of an event that Wohl and his Republican grifter buddy Jack Burkman were planning in order to garner more media attention. But Wohl left a very obvious trail of breadcrumbs once again and was busted almost immediately after launching his plan. Ring of Fire’s Farron Cousins discusses this.

You know, over the last few years, uh, we’ve seen a lot of right wing grifters pop up. You’ve got your Ben Shapiro’s, you’re Charlie Kirk’s or can is, so as you’re Tomi Lahrens, all these folks are right wing grifters. They have no idea what they’re actually talking about, but it’s become a lucrative career for them. On Fox News, on Youtube, whatever it is, with their TP USA group, they’re making a lot of money being paid to be dumb and convince other people to be stupid as well. We see Jacob Wall, Donald Trump’s favorite little Twitter troll who is still currently banned from Twitter wants in on that action. He wants to be the next, uh, uh, you know, Candice Owens, he wants to be the next Ben Shapiro and he thinks he has it in him to do that. Unfortunately, Jacob Wall is just not a smart person and Jacob Wall continues to screw himself over because of his abject stupidity.

Take for example, what happened just yesterday. You see Jacob Wall and his right wing grifting buddy Jack Burkman. Uh, we’re going to hold a press conference today Wednesday at Burkmans House. Uh, to talk about the fake accusations that they created against Pete Buttigieg. But yesterday Burkman tweeted out a link to an event, bright event about a big massive protests that was going to happen outside of Burkman’s house where he and wall, we’re going to do this press conference. Well, it turns out that the person who created that event Brite counter protest was Jacob Wohl himself, according to reports, Jacob Wall actually tried to create a counter protest for his event and order to garner more media attention for it in order to paint himself as some kind of persecuted victim when all he’s trying to do is get out there and spread his lies about Mayor Pete and we know that wall was behind it because the dumb ass actually used his own email address when he created the event Bright event.

That’s the level of stupid we are dealing with when we talk about a guy like Jacob Wall who again, the youngest person to ever be a a band from futures trading, youngest person ever because he is an absolute grifter and he’s also dumber than a box of rocks. Here’s the thing. Last week, wall got busted via audio of trying to fabricate these accusations against Mayor Pete. Those accusations are not true. They are completely false fabricated by wall and Burkman two months ago, wall got busted submitting fake death threats against himself to police. He went to the police. He said, oh, these people are threatening me. They want to kill me, do something about it. Uh, that’s illegal. By the way. Wall should actually already be in prison. A few months before that, and it turned out that his a little phony intelligence group was just that completely phony.

And all the pictures on his website of the staffers that they had were actually stock photos of models and actors. Before that, he got busted fabricating Fake Sexual Assault Claims Against Robert Muller because he wanted to help out Donald Trump because he thought maybe it would get him a pardon and get him back into a future straining. The point is, Jacob Wall continues to break the law because he’s very, very stupid. He continues to get caught because he’s exceptionally stupid. Now, Jacob Wall deserves to be in prison 10 15, 20 years. I don’t know, maybe even longer than that. This kid is clearly a menace and a danger because he’s so crazy and stupid, a very bad combination to be. But in the meantime, Jacob, let me offer you a little heart to heart advice right here. You’re very bad at crime, okay? You suck at it. So at least from now until they come and you know, put you in handcuffs and take you away, I would suggest finding a different line of work because being a right wing Republican grifter you’re just not even smart enough to do that stupid job.