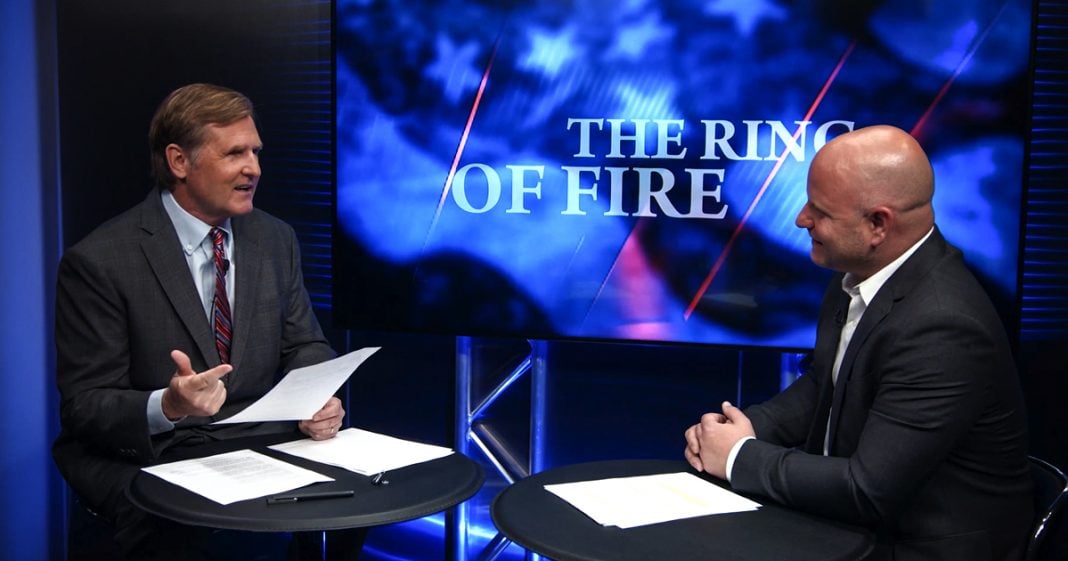 Corporate CEOs have admitted that they aren’t giving any raises and they’re not about to start laying out thousands of dollars to workers. Ring of Fire’s Mike Papantonio and Farron Cousins discuss this.

Mike Papantonio:             Corporate CEOs, the men and women who just pocketed billions of dollars from tax cuts, now they’ve admitted that they aren’t giving any more raises and they’re not about to start laying out thousands of dollars to workers. Instead, they’re about, they’re ready to start laying off thousands of employees. Now they’ve been given the tech, remember the big, oh, you know, we give these tax cuts, Trump’s out there. This is going to be great for the worker.

And you know, you got the, you got the red-stater down, you know, Alabama saying, I knew that was my guy. Trump’s going to get me a big tax cut. Life is going to be good. I’m going to get a raise. Well, this, this is very clear. There’s not, it’s not nothing equivocal about this story. You have the CEOs of the biggest companies in America saying, we ain’t given any kind of bonuses. As a matter of fact, we’re gonna lay people off. What’s your take?

Farron Cousins:                  They’re over. Not just from the tax cut, but guess what, across the board, we’re kind of done raising your wages in any meaningful way. And another thing that came out of that meeting, and this just shocked me almost as if corporate activity could even shock you anymore. The AT&T guy who was present at this Dallas conference said, we’ve actually been instructing some of our employees to start looking into getting a, what they call Nano degrees, which is, you know, you go online, you get a certificate. Now I’m a, you know, a welder. Or now I’m certified to work on this type of computer. So that when we lay them off…

Farron Cousins:                  You know, it’s, it’s basically you’re handing them the shovel and you’re saying, go dig your own grave now and don’t come asking for another thousand dollar bonus.

Mike Papantonio:             There’s nothing good about that. Look, here’s what’s happening. They get these big tax cuts and the first thing they start doing is what we call stock buybacks. Okay. They start buying their stock back. It doesn’t flow to the worker at all. There’s no benefit to the worker at all. The next thing they do is they increase CEO pay packages. Now this isn’t just, here’s what’s interesting.

This isn’t just us talking. This is a CEO of axiom, Axios making, actually admitting this to a room full of people. A, there’s not going to be any wage increases. B, we’re going to buy back stock. C, it’s really good for all of us at the top. This is wonderful, Mr. Trump, because now, right now, we’re going to be making even more money in our gazillion dollar pay package.