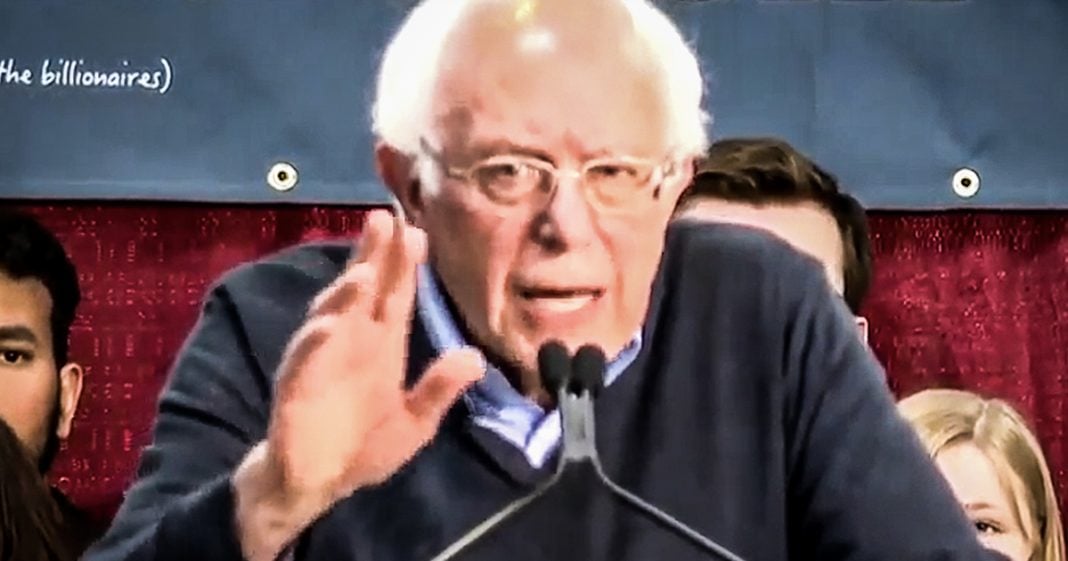 During a speech at Iowa State University this past weekend, Senator Bernie Sanders didn’t hold back in his criticism of Donald Trump for not understanding science. These are the kinds of attacks that are necessary in the race today, and Bernie’s mocking of the President for being dumber than a bag of rocks helps to show people how dangerously incompetent Trump really is. Ring of Fire’s Farron Cousins discusses this.

Farron Cousins:                   Over the weekend. Bernie Sanders went to Iowa State University, uh, gave a speech should Ben Cohen from Ben and Jerry’s was there. It was a really great speech, but to me the part that really stood out was when Bernie Sanders kind of let loose a little bit and started actually mocking Donald Trump and one of the most ridiculous claims that Trump has made in recent months. Here’s the clip.

Bernie Sanders:                    Now, as I’m sure you’re all aware. Uh, Donald Trump and I have a few differences of opinion, but maybe the most profound difference is that Trump has been taking the myth that climate change is a hoax and in fact is working overtime to make sure that we have more carbon emissions. Trump also made the profound remark, he may remember a month or so ago that wind turbines cause cancer. Did you all hear that one? And he is a profound scientists, somebody who’s researched the issue for years and uniquely came up with our conclusion.

Farron Cousins:                   What I love about that is we don’t typically get to see that side of Bernie Sanders. We’ve seen him go after people. We’ve seen him call out their lies. We’ve seen him hit him with the facts, but we’ve never seen him just become like this super sarcastic, like angry Bernie Sanders about this. And what’s great about is it not only is what’s needed to fight back against that kind of level of stupidity from Donald Trump, but he also understands his audience there because Iowa happens to be the biggest, uh, wind energy producer in the United States. So they know how important wind energy is. They know that when turbines don’t cause cancer. So that was the perfect place to let loose your attack on the president there. Now, for me personally, I have said, and I said it when it happened, I’ve said it several times since then. The fact that the president of United States said that wind turbines calls cancer, the noise from them actually cause cancer.

That might be one of the worst things I think I’ve ever heard in my life, especially coming from a sitting United States politician. The man literally made it up, just absolutely made that up. There’s no evidence to ever suggest that he just said it because he just says random stupid things because is a pretty random and stupid guy. But nonetheless, he said it. It’s out there in the ether. There are clips of it all over the place. We’ve shown the clips here on ring of fire, but that statement alone, to me, encapsulates Donald Trump more perfectly than any other thing this man has ever said. Why? Because it made no sense. It wasn’t relevant to the conversation, and it was an absolute bald face lie that served no purpose whatsoever. All of those things also represent everything Trump has done said or basically been involved in for his entire life as well.