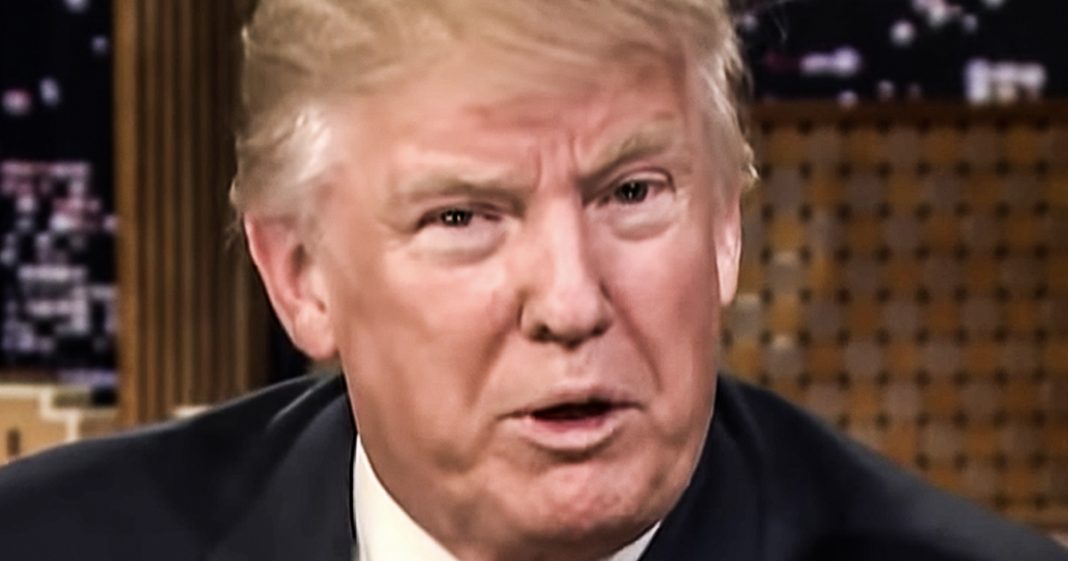 Of all of the problems facing this country, there is apparently none greater than the threat posed by social media companies like Twitter and Facebook banning a few dangerous and extreme individuals. Trump spent the weekend sending out whiny Tweets about some of his hardcore followers getting banned from a few sites, completely ignoring the fact that there are real problems facing this country today. Ring of Fire’s Farron Cousins discusses this.

It’s good to know that of all of the issues facing the United States today, apparently none are more important in the fact that Facebook and Twitter have apparently band a couple of hardcore crazy conservatives because Donald Trump spent the entire weekend bitching about that particular fact on Twitter. Donald Trump spend his weekend with nothing better to do. Then whine about the fact that a couple of conservatives, including Paul Joseph Watson, got banned on social media websites. Here’s just a couple of the tweets that the president sent out. First, I am continuing to monitor the censorship of American citizens on social media platforms. This is the United States of America and we have what’s known as freedom of speech. We are monitoring and watching closely. The wonderful diamond and silk have been treated so horribly by Facebook. They’ve worked so hard and what has been done to them is very sad and we’re looking into, it’s getting worse and worse for conservatives on social media.

A third one here, so surprised to see conservative thinkers like James Woods banned from Twitter and Paul Watson van from Facebook. Um, all right, let’s go back to the first tweet where he says, we have what’s known as freedom of speech and we absolutely do guaranteed to us by the First Amendment of the United States, which tells us that the federal government is not going to impose any kind of, uh, odious, uh, restrictions on what we’re allowed to say. Last time I checked Twitter and Facebook, we’re not, in fact the federal government and as private corporations, technically legally speaking, they have every right to do this end of discussion. You know, that’s one thing that, uh, you know, all this talk even on the left, people say like, well, should they be able to de-platform? Should they not? They’re going to come after us next. Here’s the thing guys, that argument means absolutely nothing considering the fact, and I know you all know this, they can do it.

That’s end of the discussion. They can do it. Nothing we can do about it should it happen so well, worry about other things. And that’s my second point. Worry about other things. The president of the United States sitting there in his comfy little arm chair all weekend tweeting about how pissed off he is at Facebook and Twitter had nothing better to worry about. Nothing better to worry about. You know, I thought last time I checked we were still under a quote, national emergency down at the border, but the guy only likes to talk about that when they think it’s going to help him politically. There is no national emergency down there at the border. By the way, we have one and a half trillion dollars in student loan debt held by tens of millions of American citizens. That is a crisis. We have people in this country who are dying because they can’t afford their prescription medications, can’t afford to go to the doctor.

Some of them who actually have insurance, but they still can’t afford to do these things. But no, that doesn’t take precedence over Facebook and Twitter. If you want to go after companies that are actually treating Americans like garbage. How about you go after Big Pharma? How about you go after the insurance companies, the fossil fuel companies who are burning down the planet, the big banks who swindled us out of billions of dollars. There are very real corporations breaking very real laws harming American citizens, but rather than tackle those issues, rather than even talk about them, the president of the United States wasted an entire weekend complaining on Twitter about Twitter because that’s the only thing this imbecile cares about.