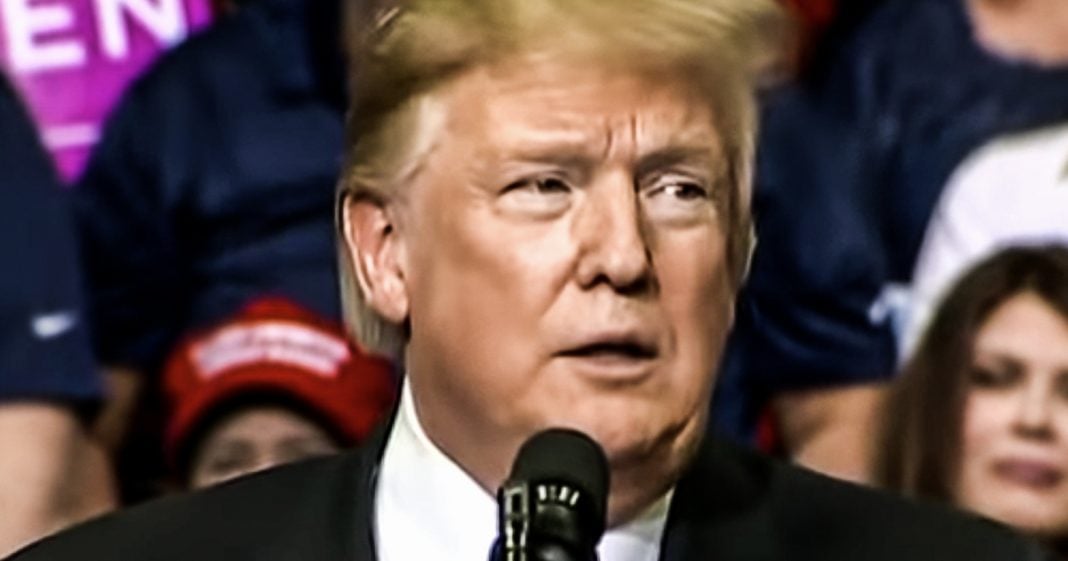 According to a new report by Media Matters, major media outlets are using their Twitter feeds to inadvertently help spread Donald Trump’s lies. By failing to call the President’s statements “lies” in their tweets, they are allowing that information to continue to spread across the globe without contradicting it, at least on Twitter. This is a problem when you consider that most people who see the tweet will not end up clicking on the story to see the fact check. Ring of Fire’s Farron Cousins discusses this.

According to a new analysis for media matters, media outlets are using their Twitter feeds to inadvertently help promote Donald Trump’s nonstop lying at least 19 times per day. Here’s what happened. Donald Trump will say something that’s stupid or crazy or an outright lie. Either he’ll say it on Twitter, he’ll say it in passing as he’s walking past reporters, they’ll say it during his speech, whatever it is. Donald Trump says something, it’s not true, and then you have media outlets. You go out there, they want to write a story about what Donald Trump said and so maybe they call the story. Donald Trump says windmills cause cancer, and that’s what gets tweeted out unfortunately, and this is what media matters was getting out with their report. This is the heart of it. Most people only look at that headline. Most people, the vast majority of people do not click on that story.

They do not look for context and then more importantly, they do not look for the part in the story where whatever outlet it is, the hill, NBC, Fox News, where they specifically say no when mills don’t cause cancer. This man lied by not calling out the lie in the headline, in the tweet. They’re allowing the lie to reach more people. It may not be intentional, but it’s actually helping to spread Donald Trump’s lies and that’s why it’s so dangerous. And again, yeah, it’s hard. You’re limited by characters on Twitter. You’re limited by characters, even on your own website sometimes on what you can put into a headline. You don’t want people to have to read a paragraph, but at the same time, you as journalists, as media organizations, as accredited news outlets, you have the obligation to mention that it was a lie in the headline. You have to, because the American public on every side is getting lazier.

And that’s a horrible statement to have to make a, especially for a public that was already pretty lazy with research and reading, but it’s getting even worse. Personally, I can tell you, yes, I’ve had lots of people email me, message me, tweet at me, yelling at me. Because if a headline accusing me of things, I didn’t actually say because they didn’t take the time to even watch the three minute video. That’s what’s frustrating. People comment on the titles. People react to the titles. Nobody goes and looks for content, and in my case yet, it’s just annoying as it is for a lot of us in progressive media, but with these other outlets spreading Trump’s lies accidentally, that’s actually damaging. That’s actually harmful to the United States. When the president lies, which he has according to Washington Post fact checkers 10,000 times since being sworn in, you have to call it out, and if that means you have to have 10,000 similar headlines saying, he lied about this, this, this, this, this, and this, then so be it. You owe it to the American public to let us know right off the bat that the president lied. We don’t care that he said something, but we do care when he lies to our faces, and that is what you need to tell us before we ever even get the chance to click on the article.